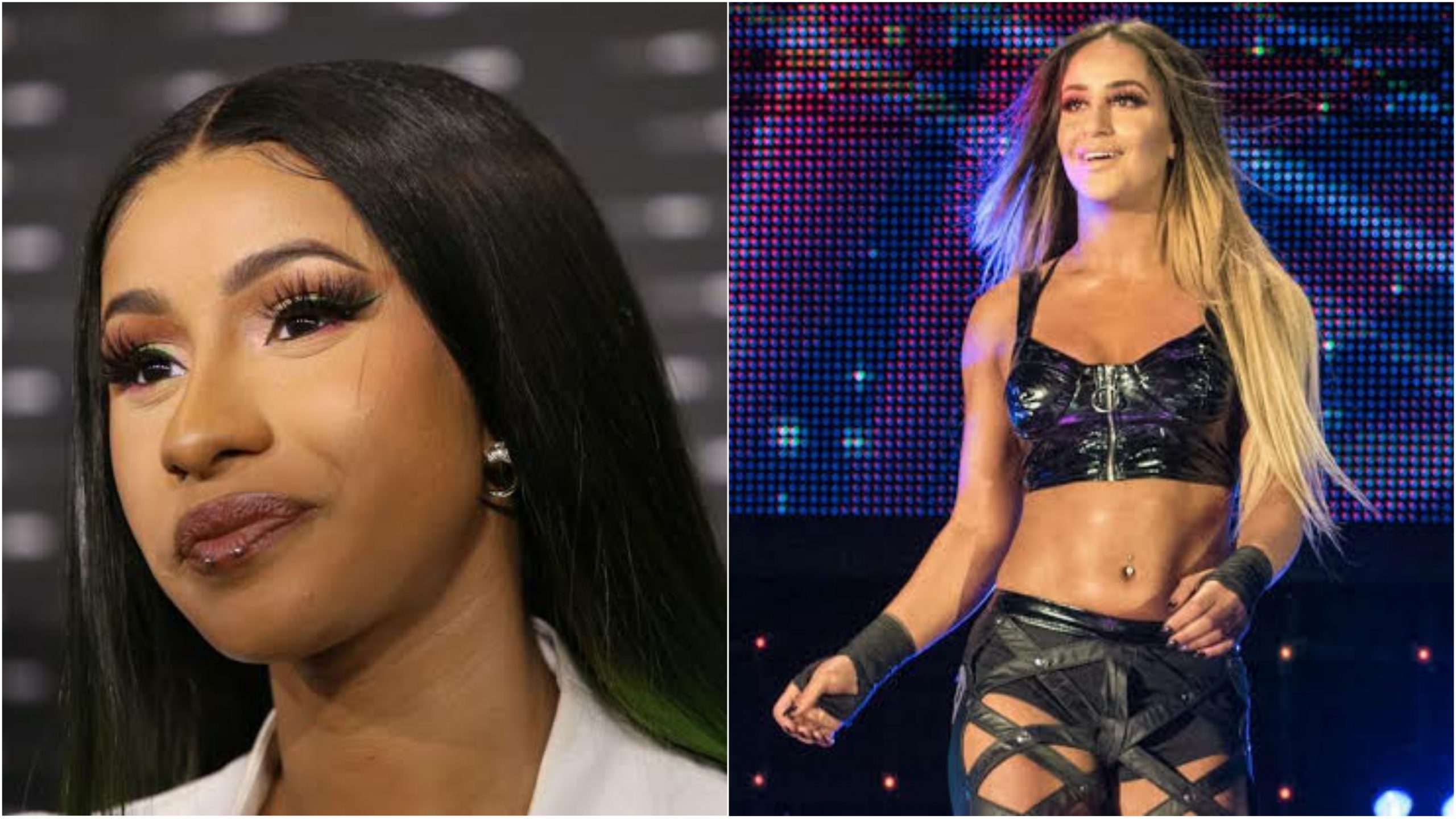 Cardi B, the popular American rapper has been heavily involved with the WWE on the social media platform and recently was approached by Aliyah to join hands with the Robert Stone Brand on NXT.

Aliyah wants collab with Cardi B

With Cardi B being recently discussing about WWE on Twitter, Aliyah reached out to her by a Tweet. The NXT star Robert Stone handles these requests himself.

However, in this case, it was Aliyah who handled it. She told Cardi B that she likes her Twitter account, and she asked if there was any interest in joining hands for a collaboration.

The Tweet read, “Hey @iamcardib !!! We LOVE your twitter account. Would you like to collab??? DM here and one of my #RobertStoneBrand team members will get back to you and organize something special for you!”

Cardi B had recently revealed that she is a huge fan of WWE SmackDown Women’s Champion, Sasha Banks and recently her Twitter account has been flooded with WWE related post.

Even during the latest episode of WWE Monday Night Raw ‘Legends Night’ edition, her name was brought up in a backstage segment where WWE Hall of Famer Torrie Wilson, The Boogeyman, Nikki Cross, Angel Garza, and R-Truth, all were involved.

The newly crowned WWE 24/7 Champion Angel Garza had tried to give Torrie Wilson a rose, but she she refused to accept it and told him that Cardi B and others were in a room down the hall and he should give the rose to her.

However, it was a trap, and he entered to a room, only to find The Boogeyman, who was wearing a wig.

Garza got scared and rushed out of the room and R-Truth rolled him up and recaptured his WWE 24/7 title. WWE Universe tweeted at Cardi B and let her know that she was mentioned on Raw. Cardi had questioned “Wait what’s going on? People keep tagging me in WWE stuff?”

When she got to know what had happened she took to Twitter and wrote:

“WWWWTTTTFFFFFFFF….This is not how my wwe debut was supposed to be ! Vince McMahon COUNT YOUR FUCKIN DAYS !!!!”

It is to be seen if Cardi B accepts Aliyah’s offer and we’ll have to see if he makes an appearance on WWE screen.