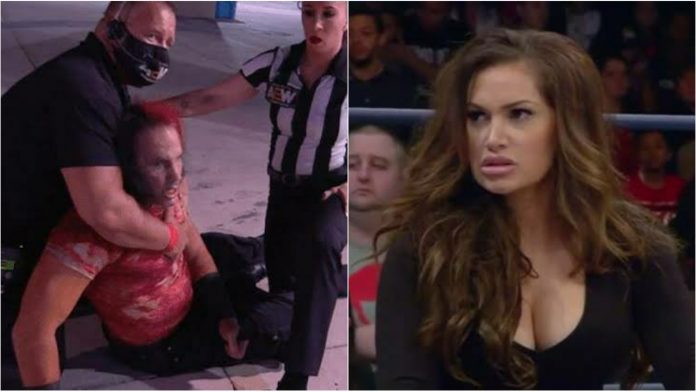 Matt Hardy, who faced Sammy Guevara at AEW All Out event was rushed to hospital after a botched spot in the match. Reby Hardy, his real-life wife was not happy after what happened. 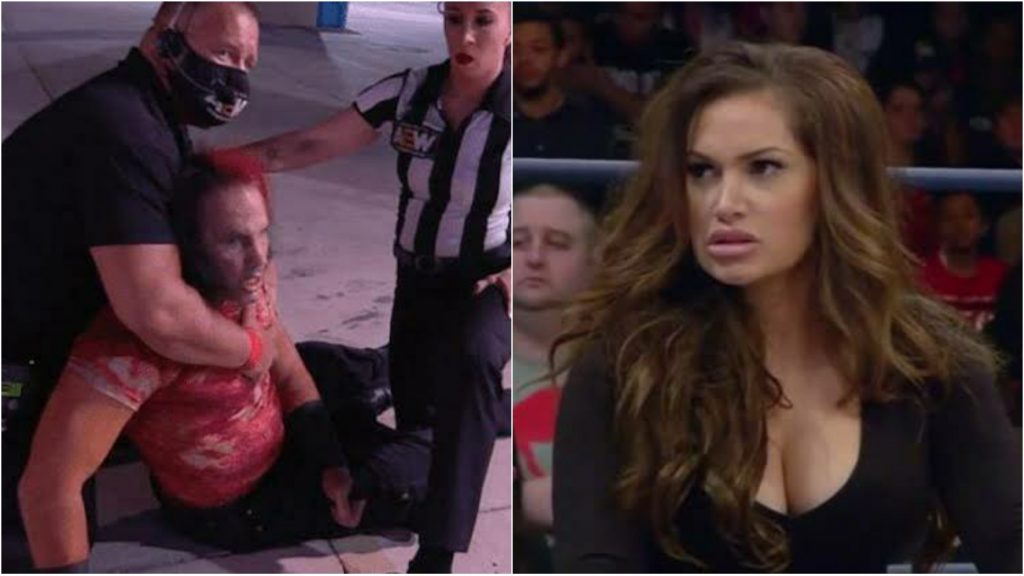 Matt Hardy took on Sammy Guevara in ‘Broken Rules’ match at AEW All Out pay-per-view.During the match there was a spot where Matt Hardy attempted his signature move the ‘Side Effect’ of a scissor lift on to a table.

An awkward landing caused Matt’s head to hit the concrete floor. He tried fighting back but collapsed immediately.

He was totally knocked out and was severely concussed. Doctors intervened and the match was called off. Apparently, he suffered a concussion when he hit the concrete pavement. 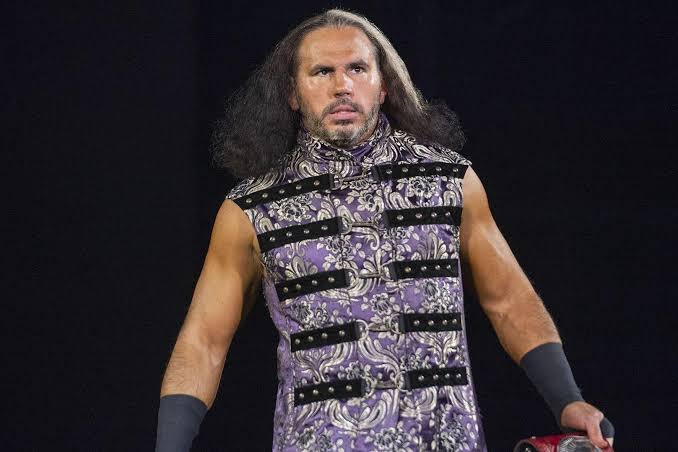 However, Matt Hardy and Sammy Guevara continued with the fight as it was announced that a winner would be determined. Matt was slammed on a steel girder. They both climbed the steel.

Eventually, Matt Hardy punched Sammy Guevara and the latter fall off the steel to a big box on the ground. Thus, ending the match with Matt Hardy as the winner.

Matt Hardy was immediately taken to the hospital. Plenty of tweets came in questioning why he was allowed to continue the match after taking a life-threatening bump. 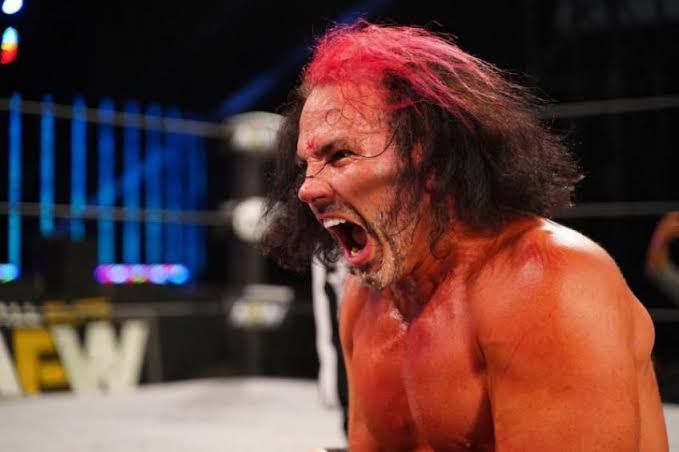 Bryan Alverez tweeted, “How in God’s name did Doc Sampson allow that to continue? Seriously.”

How in God's name did Doc Sampson allow that to continue? Seriously.

When a fan tweeted stating that it was Matt Hardy’s decision to carry on with the match, Bryan Alverez said, “The decision whether or not to continue is not in the hands of the competitor. Otherwise, why even bother having a doctor?”

The decision whether or not to continue is not in the hands of the competitor. Otherwise, why even bother having a doctor? https://t.co/Q6Q8Sb1Pzj

Bryan Alverez also confirmed that he was totally unconscious and was on his way to the hospital following the injury.

Bro. He was knocked unconscious. He was not OK. https://t.co/adxzbJDBT2

Matt Hardy on his way to the hospital.

Reby Hardy was furious after the match

Reby Hardy, wife of the ‘Broken One’ was angry with the incident. She took to Twitter revealing the conversation she had with her husband. She captioned, “Let me be absolutely f*cking clear. There is NOTHING entertaining about a concussion. Shame on everyone in that goddamn building.” 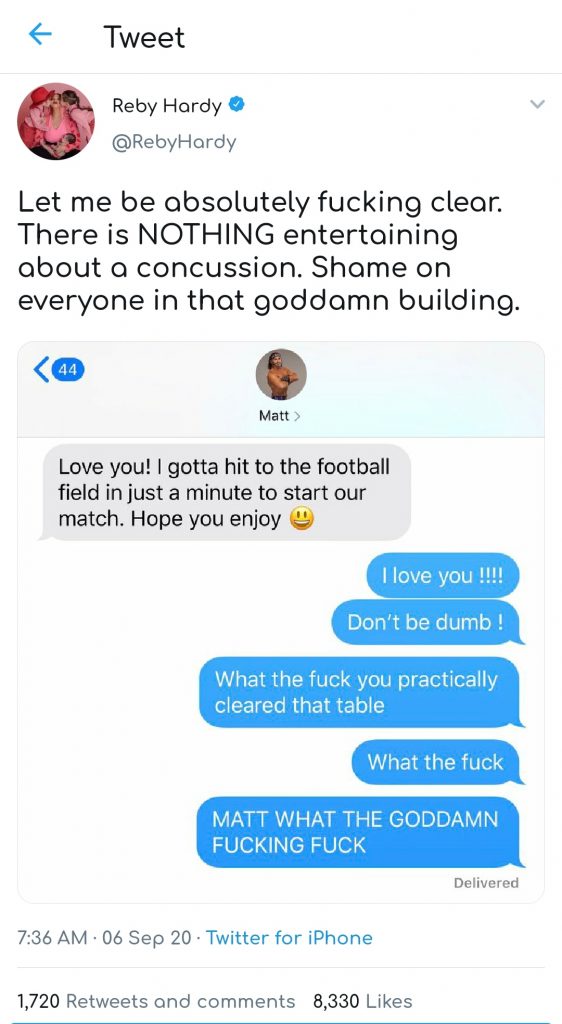 Fans are wishing a speedy recovery for the ‘Broken One’ Matt Hardy.

If you like ra eading about MMA, make sure you check out MMAIndia.com