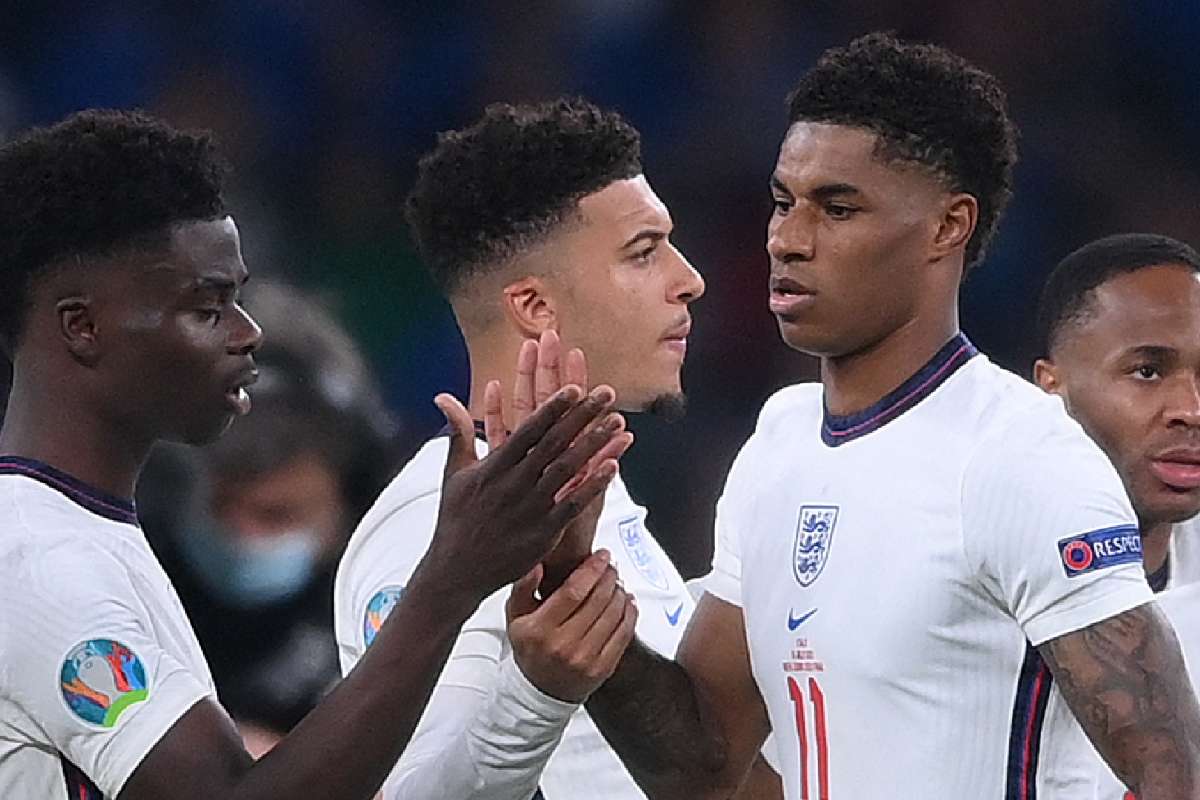 England’s long wait for silverware continued after a defeat on penalties against Italy. The young trio of Marcus Rashford, Jadon Sancho, and Bukayo Saka failed to convert from the spot and as a result, were racially abused.

Following the culmination of the game at the Wembley Stadium, a lot of comments have been posted online on the social media profile of the players. The disturbing comments range from racial slurs to monkey emojis.

The police, football association, national team, and even the prime minister have commented on the issue. On the other hand, social media websites like Facebook and Twitter are yet to respond.

“The FA strongly condemns all forms of discrimination and is appalled by the online racism that has been aimed at some of our England players on social media,” the FA said in a statement.

“We are aware of a number of offensive and racist social media comments being directed towards footballers following the #Euro2020 final.

“This abuse is totally unacceptable, it will not be tolerated and it will be investigated.” Metropolitan Police tweeted

Pressure was immense for the England youngsters

All of the three players were substitutes, and for Rashford and Sancho, their very first kick of the game ended up being from the spot. The wingers were brought on for the sole purpose of taking a penalty, and the move backfired.

England were leading in the shootout when Rashford came in to take his penalty. The Manchester United winger’s stuttering run-up deceived Gianluigi Donnarumma, but the ball went on to hit the post.

Jadon Sancho and Bukayo Saka followed the miss with relatively weak takes as the Italian goalkeeper was able to save the efforts with utter ease. Jordan Pickford had also managed to make two saves in the shootout, including one off Jorginho, but his efforts were in vain as England fell short 3-2 in the shootout.

Several have gone onto criticize manager Gareth Southgate as well for giving crucial penalties to youngsters. Southgate had also missed a penalty in the semi-finals of the 1996 edition of the Euros against Germany.

England had reverted back to a three at the back system and employed caution following an early lead through Luke Shaw. However, Italy’s persistence was rewarded with an equalizer. As the game headed into penalty shootouts, Italy were arguably the favourites and justified it with their second Euros triumph.

Previous articleNBA Finals Review: Bucks strike back to win Game 3 convincingly
Next articleAdam Cole comments on the dissolution of The Undisputed Era