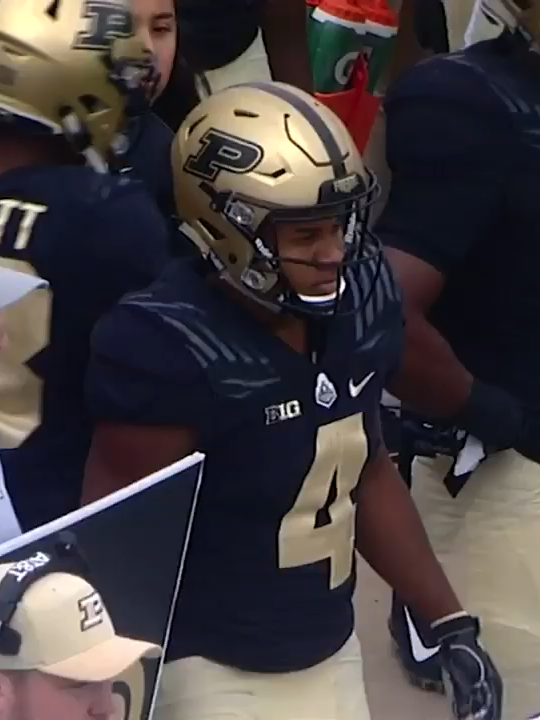 Online sports betting has become more and more popular throughout the last couple of years. With technology reaching new heights and with people using the Internet more frequently than ever, it’s not a surprise that now online sports betting is legal in Iowa as well.

The major betting sites in the state began operating in 2019 as they offer multiple options for adrenaline enthusiasts. They rely much on the NFL as each season-opener in the league is a long-awaited moment for many Americans.

They give us the opportunity to bet on everything including choosing the award winners in the upcoming NFL.

One of the contenders to win the 2021 NFL Rookie Offensive Player of the Year Award, Rondale Moore, struggled to show his A-game last year as he is now determined to shine with the Cardinals.

A gem in the making

After winning the 2018 Paul Hornung Award given to the most versatile player in all college football, Rondale Moore has quickly booked his ticket to the NFL despite being just in his first year. He was also named the CBS Sports Freshman of the Year which further helped him gain more recognition and increased his chances of future success.

Unfortunately, Moore had to deal with several injuries in the upcoming years, but he still made it to the NFL in 2021. The wide receiver was selected by the Arizona Cardinals in the second round with the 49th overall draft pick and went on to sign a 4-year rookie contract with the team.

His first season in Phoenix was not impressive at all as he finished off the campaign with 54 catches for 435 yards and just one touchdown. He faced tough competition in the face of DeAndre Hopkins, Christian Kirk, and A.J. Green last year.

However, Moore was part of the fantastic Cardinals’ 7-game winning streak to start the season. The team was on top of their game offensively all season long averaging more than 26 points per game. Unfortunately, their inability to hold onto the momentum took its toll in the end of the campaign when they suffered five losses in their last six matches.

In 2022, Moore will certainly need to step up his game as the Cardinals acquired the Baltimore Ravens wide receiver and top prospect, Marquise Brown, meaning that he will have even more competition.

Moore’s luck seems to be non-existent in the NFL as he suffered a hamstring injury in practice earlier in September. The results came out to be quite concerning as he is expected to miss several weeks as the 22-year-old might not be able to shine bright this season.

His injury couldn’t have come at a worse time for the Cardinals as DeAndre Hopkins was hit with a six-game suspension, while the other part of the offensive duo, Christian Kirk, parted ways with the team signing a 4-year deal with the Jacksonville Jaguars.

Moore has been unable to unleash his potential as he is one of the sharpest wide receivers in the league with a fantastic acceleration. His performance at a 40-yard dash (4.32s) ranks him among the top results in NFL history.

The 22-year-old prospect might eventually fill in the empty space left following Christian Kirk’s departure. However, with a team full of wide receivers awaiting their opportunity, Moore’s spot in the team becomes highly questionable.

In 2021, the Arizona Cardinals made their first Playoff appearance since the 2015 NFL season. Unfortunately for their fans, they were eliminated in the Wild Card game by the Los Angeles Rams who rode an impressive run and went on to win the Super Bowl.

The team is far away from being an underdog as they have finally managed to build a decent roster around their quarterback, Kyler Murray. Their offense has been spectacular throughout the Regular Season last year. Even without their leaders in attack, the Cardinals fought back and erased a 20-point deficit against the Las Vegas Raiders on Sunday.

Despite their loss in the season-opener to the Kansas City Chiefs, the Cardinals are still motivated to make their statement in 2022. They currently share +450 odds to win the NFC West Division and are among the contenders for a potential Playoff appearance.