Rey Mysterio believes Dominik shall don the mask at some point 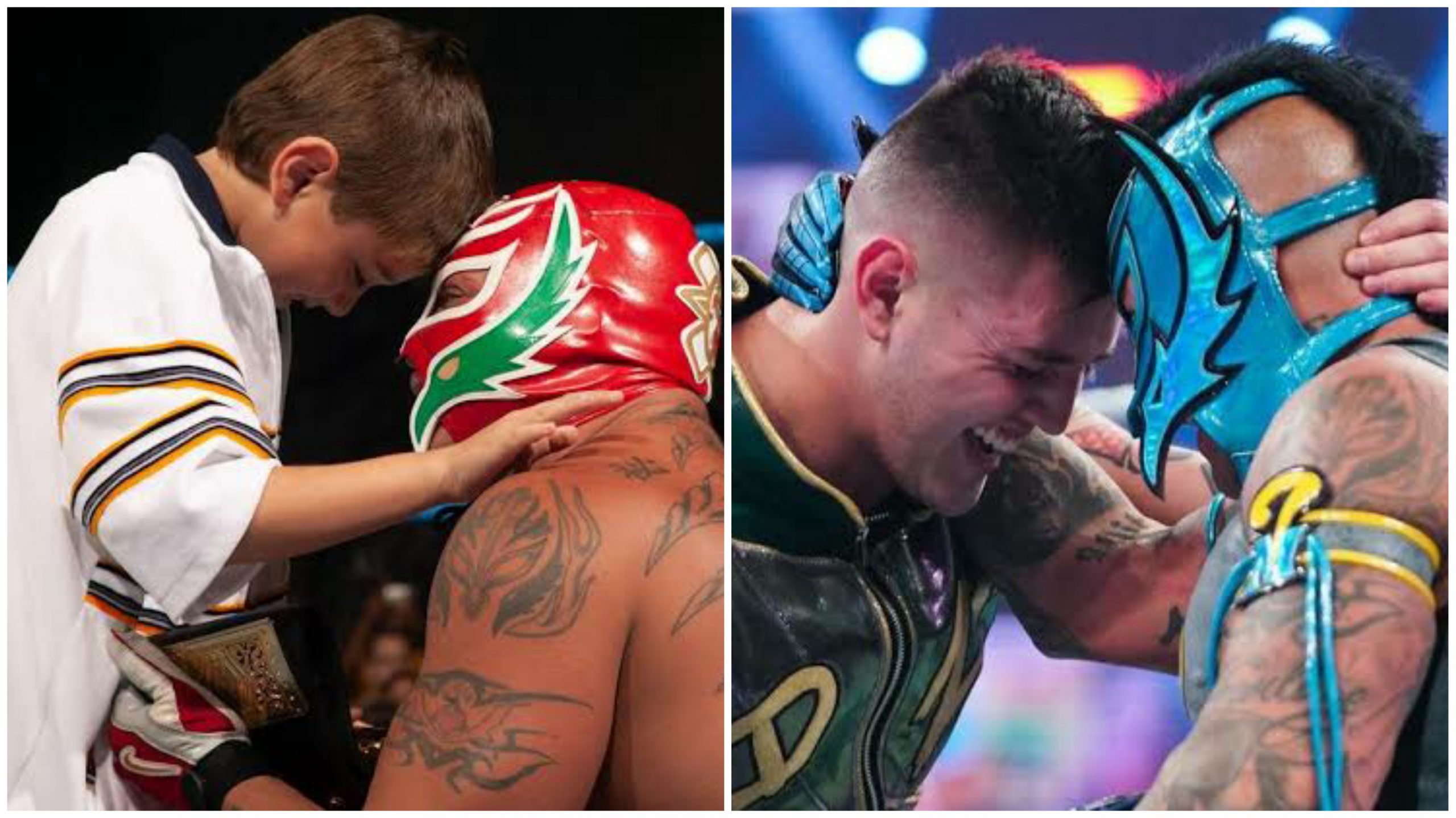 Rey Mysterio believes that his son, WWE superstar Dominik Mysterio, shall one day don the famous mask as a part of his professional wrestling attire.

Rey and his son are currently the WWE Raw Tag Team Champions. At WrestleMania Backlash, the duo defeated Dolph Ziggler and Robert Roode (The Dirty Dawgs) to win the SmackDown Tag Team Championship and in the process, they also became the first ever father-son tag team champions in WWE the history of WWE.

“That was the idea from day one when he started training. I said Dom will continue with this legacy and carry it on. We never really had the opportunity to sit down and discuss our plans which now in retrospect we can look at it and say it’s still not late to make things happen like we had it planned out. I think Dom is going to have to earn the mask now. He’s on his way, eventually one day, maybe the mask will be on,” Rey Mysterio commented.

Rey, is not the first person to wear the specific mask. It was first wore by his uncle Rey Misterio. That is why Rey was known throughout his Lucha Libre and WCW career as Rey Misterio jr. When he arrived at WWE, the ring name was tweaked. The original Misterio is also known to have trained wrestlers such as Cassandro, Eiji Ezaki, Extassis, Extreme Tiger, Fobia, Misterioso, Pequeño Damián 666, Ruby Gardenia, The Warlord and Venum Black.

About his father’s flashy in-ring attires and paying homage to him, Dominik Mysterio said: “That’s all I think about when it comes to gear and stuff, like what can I do to not replicate but almost honor in a way. At the same time it’s so hard cause all of his outfits have been so badass. I literally told him, I just want to come out with your gear. I would love to bring back some of his old stuff and put a unique twist to it.”