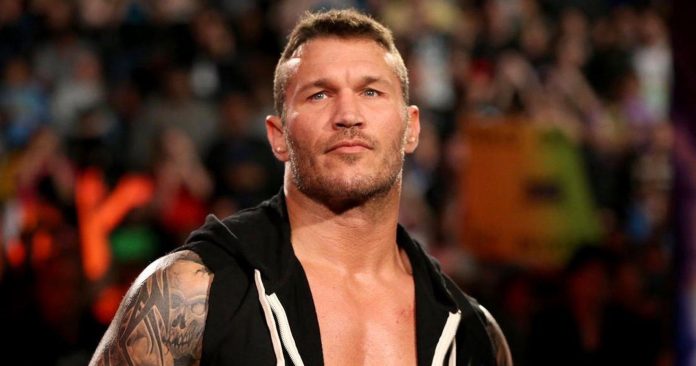 WWE veteran star Randy orton recently talked about his match against WWE Hall of Famer Kurt Angle and Rey Mysterio for the World Heavyweight Championship at WrestleMania 22 back in 2006.

The Master of 619 at defied the odds at the event and came out on top to capture the World Heavyweight Championship. Years later, Randy Orton has now revealed that he was the one who was supposed to emerge victorious that night.

Randy Orton reveals why the plans regarding his win changed

Randy Orton recently made an appearance on The Kurt Angle Show. Alongside the Olympic Gold Medalist, The Viper spoke about their WrestleMania 22 bout. They both spoke about how the match was relatively short and the Legend Killer was initially planned to win the match but it got scrapped off due to his poor behavior backstage.

Orton believes on the Road to WrestleMania he was supposed to be with Triple H and he might have made some mistakes. That was the reason why he was punished and WWE decided not to put over him at WrestleMania 22.

He said: “I do remember that they were going with me. So I think prior to that I was supposed to be with Triple H and do the big story going into Mania and I had messed up somewhere along the line, and I think now my punishment was kind of over with and they were ready to go with me again.

The Viper strongly believes WWE was in favour of putting the title on him but the backstage heat refrained him from achieving the prize.

He added: “I wanna say they were running with me, they wanted to put the title on me for this Triple Threat. I could be wrong, but that’s my memory anyway. Then I think I got a little bit of heat for some young, dumb, punk sh** that I did and I think they ended up going with Rey.”

The Triple Threat match was full of back and forth action. The trio of Angle,Orton and Mysterio put on an incredible match. The bout also saw some several high flying action and great moments. The finish saw Rey Mysterio get the win after hitting Orton with a 619 and pinning him for the three count.