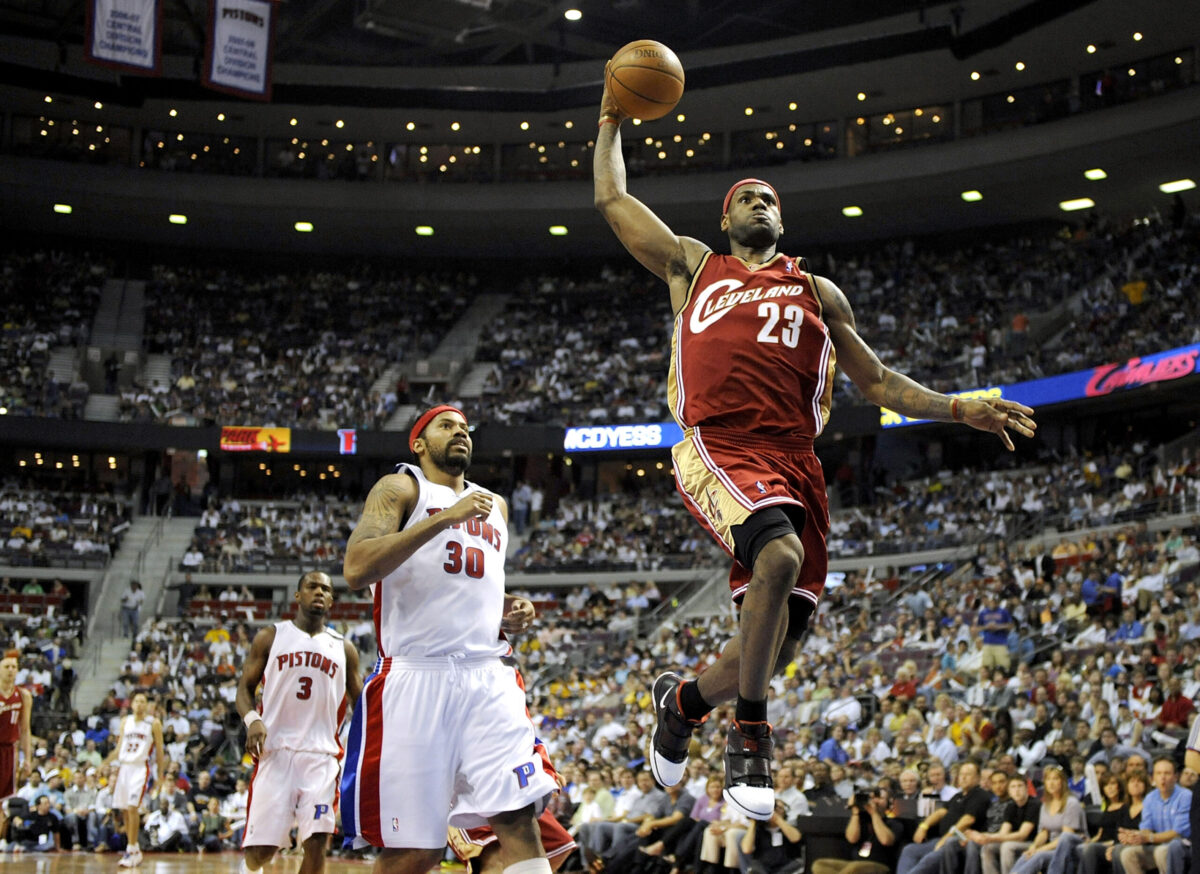 Former Detroit Pistons player Rasheed Wallace claimed that LeBron James would not have been as successful as he is now, had he played in a previous era. Playing since 2003, LeBron James has raised himself to be one of the greatest players to grace the court.

LeBron James has represented three different franchises over the course of his career and has amassed four championship rings and league MVP award wins as well. He is still going strong and is on the run for the ring with the revamped Los Angeles Lakers in the upcoming season.

While speaking on “The Million Dollaz Worth of Game” podcast, Wallace said that James would have done well with his 6’8 stature, but would not have found the success that he found in the 21st century.

LeBron James has held his fort with his impeccable IQ, athleticism and mentality. While there are other ingredients to the game to survive in different ears of the game, while the game changed, LeBron’s approach towards it has not changed.

After crashing out in the first round of the playoffs to eventual NBA finalists Phoenix Suns, LeBron James and the Lakers aim to bounce back hard. They have certainly shown their intent in the off-season market. The franchise parted ways with the likes of Alex Caruso, Denis Schroder, and Kyle Kuzma to bring in a wealth of experience in the form of Russell Westbrook, Carmelo Anthony, and more.

He is also closing in on the overall points table and could potentially overtake Karl Malone and Kareem Abdul-Jabbar by the time he bids farewell to the game.

Previous article
Adam Cole expresses his desire to face THIS star; states he has a huge future
Next article
Ben Simmons reportedly wanted 76ers coach Doc Rivers to apologize for his comments