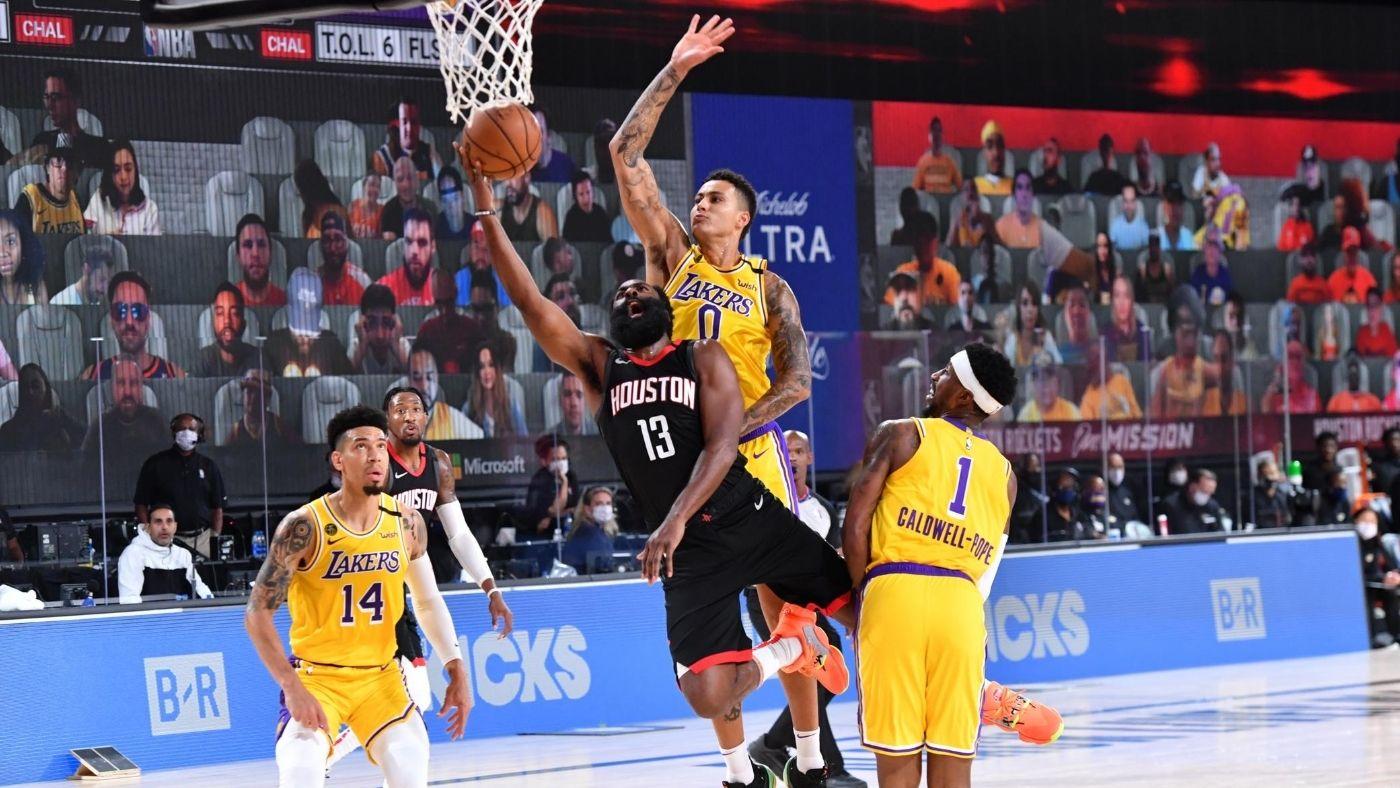 With 10 days left to go for the NBA playoffs, there are various teams fighting it out for the 8th seed in both Conferences, while the top seed of the Eastern Conference was confirmed on Thursday with the Milwaukee Bucks confirming top spot for the second successive season.

Lakers’ without Lebron James suffered another loss versus the Houston Rockets. Phoenix Suns maintained their perfect record since the NBA bubble restart to make a late push for the playoffs. Damian Lillard and the Blazers notched up an impressive win to take them within 0.5 games of the 8th spot held by Memphis Grizzlies.

With LeBron James out with a sore groin, the Lakers suffered consecutive losses losing 97 – 113 to the Houston Rockets. Since the NBA restart in Orlando, the Lakers have suffered from the 3 point range.

In the game vs the Rockets, Lakers shot a horrifying 2-for-19 ( 10.5%). Rockets meanwhile were without talisman Russell Westbrook, but James Harden had a performance to remember scoring 39 points, 12 assists and eight rebounds. The win puts them back in 4th position, trailing the Denver Nuggets by 1.5 games.

Lakers will be looking to getting their key players back in time for the playoffs and improve their shooting accuracy, which seems to be a worrying sight at the moment.

🚀 @JHarden13 fills the stat sheet to lead the @HoustonRockets to victory! #WholeNewGame

The Bucks clinched top spot in the Eastern Conference for the second consecutive seasons as they overcame a 23 point deficit to comfortably beat the Heat. The win means that Toronto Raptors trail by 5 games with 4 matches remaining and hence can’t claim the top seed anymore. Khris Middleton and reigning MVP Giannis Antetokounmpo had identical scores, combining for 66 points, while Brook Lopez and Pat Connaughton added another 28.

The Portland TrailBlazers moved to within 0.5 games of the Memphis Grizzlies in 8th seed, after a crucial win over the Nuggets on Thursday. Damian Lillard delivered the goods once again, scoring 45 points and 12 assists, while also setting a new franchise record by scoring 23 3-pointers in a game. Nuggets were without key players including Will Barton and Jamal Murray, but it was rookie Michael Porter Jr. who continued his fine performances in the bubble scoring 27 points for the Nuggets which ultimately was not adequate to beat the TrailBlazers.

👀 ALL of @Dame_Lillard's career-high tying 11 THREES in tonight's @trailblazers W!

In the battle of the two unbeaten teams in the NBA bubble, it was Devon Booker and the Suns who came out on top, moving to a perfect 4-0 record since the restart. In- form Pacers’ man T.J Warren, had his worst game since the restart, managing only 16 points. The Suns were led by former no. 1 pick Deandre Ayton, who scored 23 points while talisman Devon Booker continued his purple patch with 20 points. The Suns moved into 10th spot and now are 1 game behind the Portland TrailBlazers and 2 games behind 8th spot.

Other NBA results of the Day :