Mike Tyson vs Jake Paul: £36m mega fight reportedly in the works for 2022 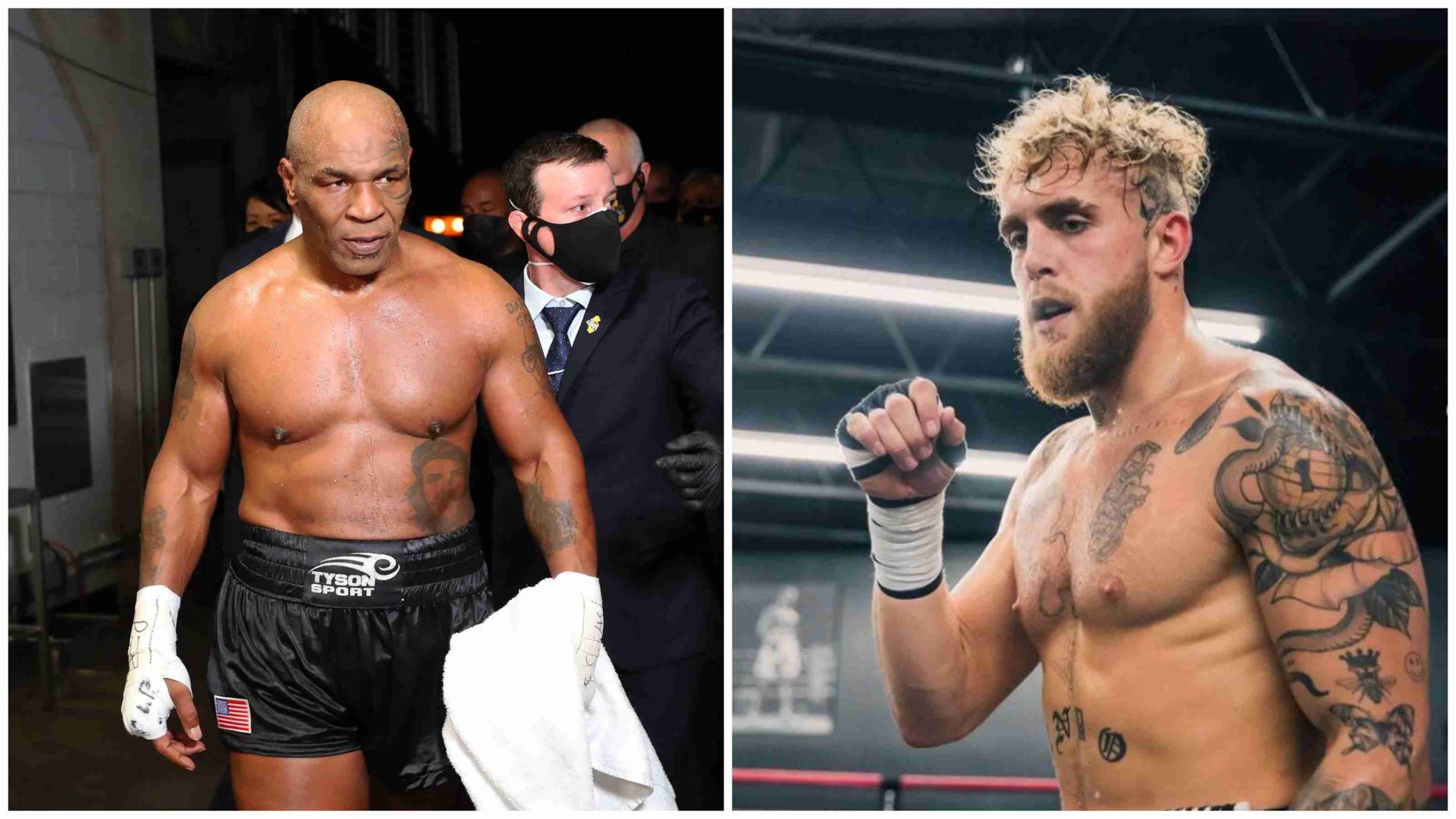 Probably no one saw it coming, but Mike Tyson and Jake Paul are reportedly going to be seen trading blows inside the squared circle as the former undisputed heavyweight world champion is said to be in advanced talks with the undefeated celebrity boxer for a lucrative £36 million exhibition fight that is speculated to be taking place later this year.

Back in November 2020, Mike Tyson set the boxing fandom on its toes after his daunting return to the sport against Roy Jones Jr. The highly anticipated exhibition bout, which took place at the Staples Center ended in a draw and was ranked the biggest pay-per-view event of 2020 with a whopping 1.6 million PPV sales.

Since then, the combat sports fandom has been highly waiting for ‘Iron MiKe’s next fight and there were initial rumors that the 56-year-old would have his next exhibition bout against Logan Paul, who squared off against Floyd Mayweather last year. However, sources claimed by Sun Online state that Jake, Logan’s younger sibling who just turned 25, is set to square off against Tyson and the representatives of the two are engaged to host Tyson vs Paul in a mega £36m PPV event.

“Mike and Jake are on board for an exhibition bout in Las Vegas. A verbal deal has been struck to get it on, but like all forms of sports business, now it’s all about the contracts and money split,” the Las Vegas source claimed.

“Mike is looking for a certain figure to get into the ring with a profit share guarantee. Jake obviously has that on his mind but is keen to show the world that stepping into the ring with a man once called the baddest man on the planet, takes his boxing career to the next level.”

Tyson, however, has responded that he was unaware of any such ‘advanced talks’ regarding a fight against Jake, who was featured against former NBA star Nate Robinson in the undercard of Tyson vs Roy Jones Jr.

“This is new to me. I saw Jake in St. Barths and he never mentioned it,” Tyson tweeted.

This is new to me. I saw Jake in St. Barths and he never mentioned it. https://t.co/eL01HDMdmr

Even though many combat sports fans do not see him as an important figure in the industry, Jake Paul has established himself as one. The YouTuber-turned-pugilist is still undefeated inside the squared circle and his 5-0 record as a professional has come up in facing non-boxers, including former MMA champions like Ben Askren and Tyron Woodley. Paul had established a rivalry with his fellow undefeated celebrity boxer Tommy Fury, but the fight couldn’t take place as Fury pulled out due to injury.

With Woodley stepping in as a replacement for Fury, the grudge fight between the two undefeated celebrity boxing stars of present-day turned into a rematch between Paul and the former UFC welterweight champion, whom “The Problem Child” had already defeated via split decision in August, and this time, scored a 6th round KO at the Amalie Arena in Tampa, Florida. In the wake of his fifth victory, Paul had hinted at going after former WBC middleweight champion Julio César Chávez Jr.