Everything you need to know about Michael “The Monster” Todd 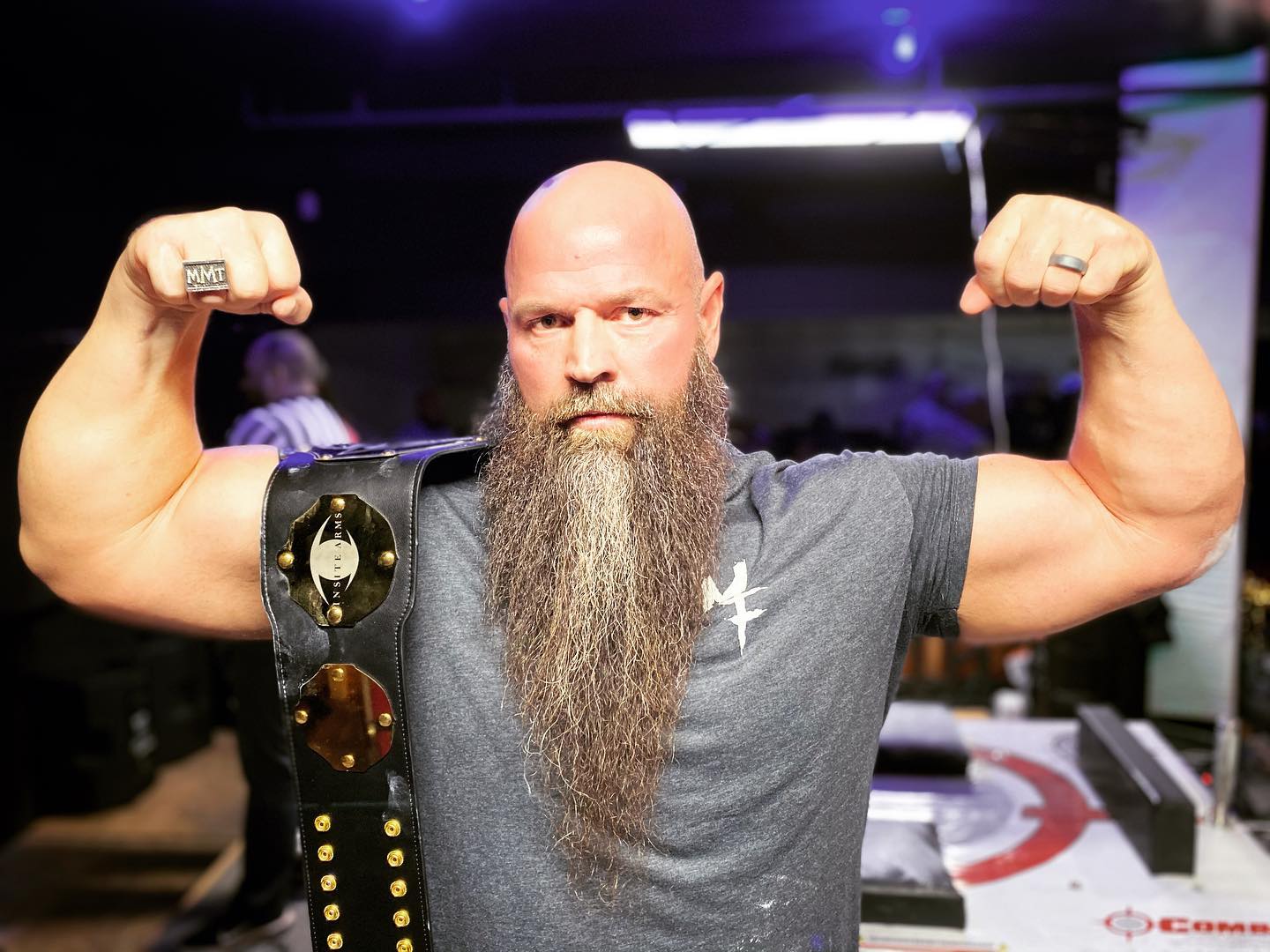 On the arm wrestling table, the one entity that you don’t want to see against yourself is Michael “The Monster” Todd. Staying impeccably true to his nickname, Todd has been consistently performing in peak form for years which has placed him amongst the greatest arm wrestlers of all time.

Born on 12th June 1973 and fighting out of Little Rock, Arkansas, Michael’s first arm wrestling training partner was none other than his dad. After discovering the sport during his his Senior Year of high school, he would take part in local tournaments, but only after winning his first ever National Title in 2000, the American turned professional.

The no-nonsense approach to the sport of arm wrestling has made Michael Todd a unique puller, with a consistent “disgust for defeat” that has powered him to become an astounding 18 World and 34 National Titleholder.

He is one of the earliest Arm Wars Superseries champions, with victories over some of the best in the sport such as Marcio Barboza and Neil Pickup. However, the toughest challenge of Todd’s career at that point came in 2016, when he faced the legendary Denis Cyplenkov, and lost 2-4 to the Ukrainian puller.

In the same year, Todd faced Jerry Cadorette, which would become the longest professional arm wrestling match ever recorded, with a duration of seven minutes as the two heavyweight champs went all out against one another. However in the end, ‘Big Daddy’ Cadorette was able to trounce Todd.

Throughout his arm wrestling career, Todd has created fierce rivalries with Devon Larratt, Dmitry Trubin, Dave Chaffee, and many other top pullers.

“The Monster” is not lacking any memorable fights in his career, but his nail-biting title fight against Devon Larratt at WAL 406 in September 2018 for the Heavyweight Championship still remains the most memorable. The game rolled into the fifth round with Todd showcasing his highly debated “King’s Move”, and was able to overpower Larratt to secure a 3-2 win.

There is no arm wrestling fan who hasn’t heard of the infamous “King’s Move”. The signature move which has the arm wrestling world split, has taken birth after Todd suffered multiple fractures to his arm. In an unorthodox manner, Todd drops below the table, and from then onwards its near impossible to overcome ‘The Monster’s endurance and power, with the addition of a transitional shoulder press.

Michael Todd will be facing Devon Larratt once again on 29th May in Dubai, a fight which was originally scheduled for WAL 601 on 21st April in Los Angeles last year and had to be postponed. Nonetheless, the fight is considered to be the biggest showdown in the sport ever and the level of excitement remains the same, if not higher.