The pain, the tears and the departure: Luis Suarez finally breaks silence on the entire saga at Barcelona 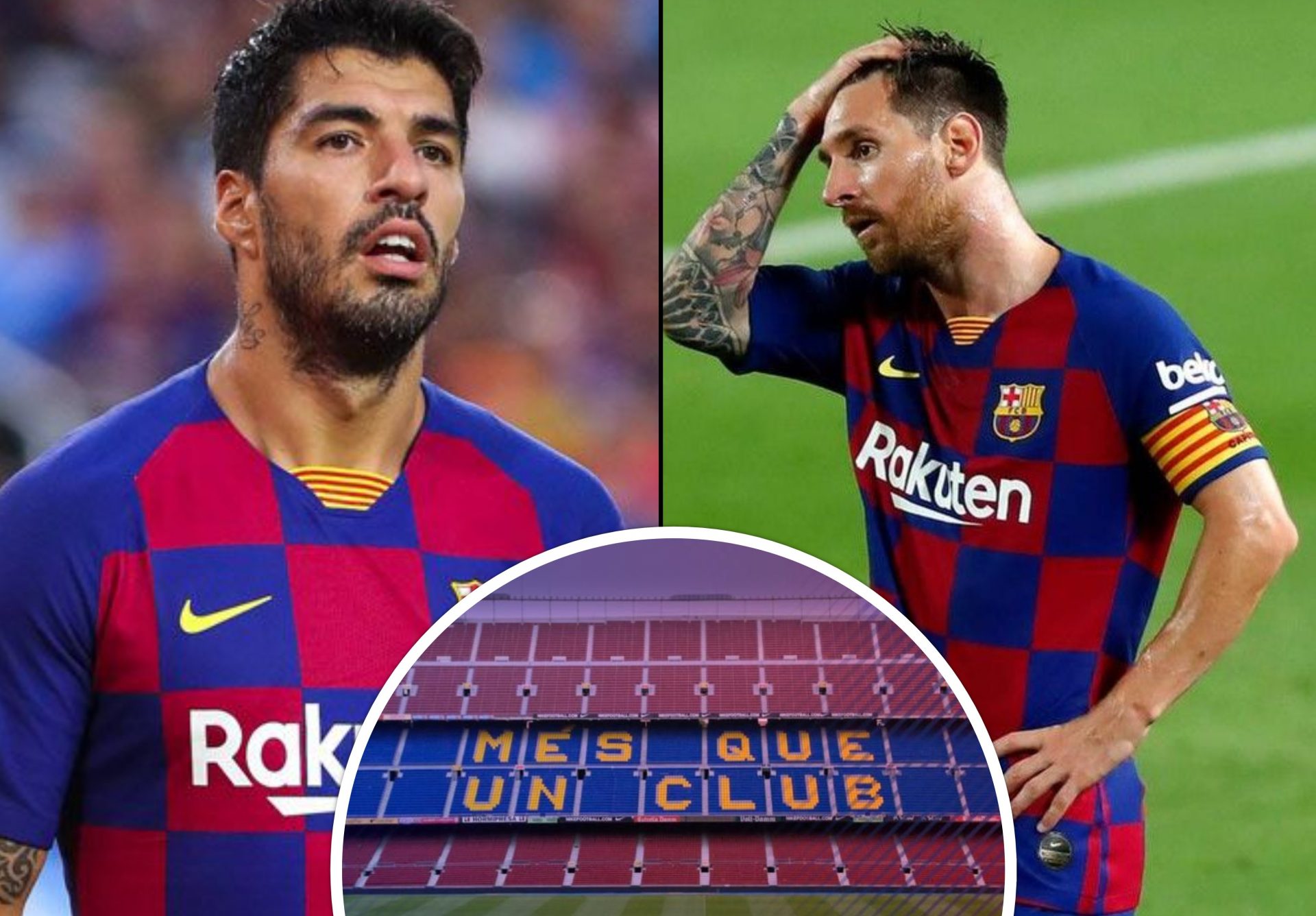 It has been a tough year for Luis Suarez. From criticism for his slowing runs to condemnation for his finishing and finally the heartbreaking departure.

And while Suarez of 2020 may no longer be the world-beater of yesteryears, there is no denying the fact that the guy still oozes class of the highest level. Part of the dreaded MSN, Luis Suarez had seen much better days in the Blaugrana shirt, than his departure suggests. It is no wonder then that Lionel Messi himself came forward to agonize over the timing and more importantly the manner of his departure.

And now Suarez too has come forward to disclose the plethora of emotions that he felt while leaving Camp Nou.

Lionel Messi had posted a heartfelt message on the departure of his longtime friend and teammate, via Instagram.

The diminutive genius had also come forward to state his displeasure over the sorry state of affairs at Camp Nou and claimed: “that nothing surprises him anymore”.

Luis Suarez had until now been completely silent over the treatment he received during his final days at Barcelona but has finally come forward to reveal the agony that he felt.

“I didn’t take it very well because of the way they (Barcelona) did it, more than anything. One has to accept when his cycle is over,” Suárez told Uruguay soccer association television after the victory against Chile in Montevideo.

“My family wanted to see me happy. There are some strange things in Barcelona like sending you to train separately because you were not considered for the game,” Suarez shared.

Luis Suárez (Atlético Madrid): "My departure from Barcelona? I cried for the situation that I had to experience. There were other ways of talking to me, telling me that the club was planning to change its scene. The ways weren't good and that also bothered Leo." [ufa via sport] pic.twitter.com/ecqGqKAk4V

“Those kinds of things made me bad and my family saw me affected, so they encouraged me to take the opportunity. When Atletico came looking for me, I didn’t hesitate for a single moment,” the 33-year-old continued.
The Columbian maestro also acknowledged Lionel Messi’s post in which he spoke of Suarez’s departure.
“I was not surprised about Messi because I know him too well, I knew the pain he felt, as I did,” Suarez said.
Also read: We are not protected: Genoa sporting director reveals 17 players, not match-fit due to COVID-19
It is widely believed that the newly appointed Barca manager, Ronald Koeman was the reason for Suarez’s departure, having earlier told him that he was no longer a part of his future plans.
Koeman however insists that the decision to offload Luis Suarez was a collective one and not his individual choice.

The days ahead at Camp Nou-

Barcelona has made a positive start to the campaign and would look to put behind the horrendous 2019/20 season. In Ansu Fati, they have a star for the future, and Phillipe Coutinho’s return to form indicates that all is not yet over at Camp Nou.

On the other hand, Luis Suarez too seems to be blending well in the ways of Diego Simeone and if all remains well, then very soon we may see Suarez and Messi together on the field once again. Albeit for different sides.