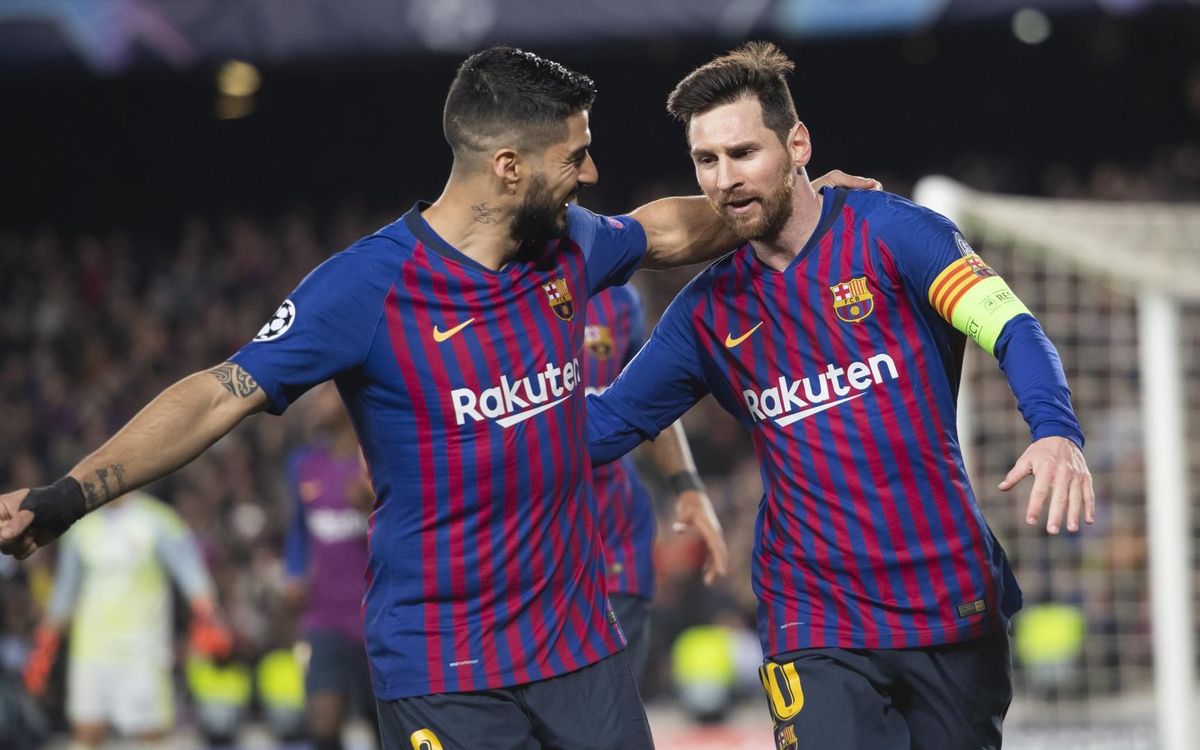 Luis Suarez is set to enter a new era of his career as he looks to ply his trade at Wanda  Metropolitano in what would surely be a new chapter for both Atletico Madrid and Barcelona.

But for no one would this departure be more painful than Lionel Messi-Suarez’s brother in arms, the Batman to Suarez’s Robin, the Michael Jordan to Suarez’s Scottie Pippen.

But now all that is gone. Gone are the glory days of MSN. Gone is the mesmerizing tiki-taka of La Masia. Gone is the style of Neymar, the finishing of Suarez, the vision of Xavi, and the dribbles of Iniesta.

And now there is just one-Lionel Messi.

All that is wrong:

The question that every Barcelona fan has been asking for the past 2 years.

What went wrong for a team which just 5 years ago had the best-attacking trident of all time. A team that has the best player of all time.A team that is worth more than the GDP of some nations.

But failure like success is not an overnight process. The signs are always there. Even if you have Messi to hide those signs. The 4-0 drubbing at the hands of PSG in 2017,3-0 by Juventus and the horrific debacle at Liverpool were those signs. The problems that the brilliance of a certain GOAT kept hiding.

But then came that night. That fateful and the shameful night for Barca fans. The 8-2 drubbing at the hands of the Bayern Juggernaut suddenly brought in the open what had been common knowledge among the footballing experts.

The sight of a frustrated Messi in the Camp Nou dressing room with Ter Stegen on the doors highlighted the frustration that had built in the invincibles of the yesteryear.

It became clear that Barca depended more on the quality of certain individuals to thrive at clutch moments instead of being the cohesive unit that it was in its golden days. And that is the problem of depending on individuals. You can win matches, not tournaments and the days these “individuals” are subdued, you are clueless.

And that is what went wrong with Barcelona.

The Summer of Chaos:

Following the nightmarish game against Bayern, rumors of the Messiah leaving his shrine started to circulate in the media.

The reasons were many and many were the destinations. First came the staggering claim from Inter Milan and then arrived Pep’s Manchester City His departure seemed even more of a possibility after the arrival of Ronald Koeman whose statement of “your privileges at the club are over” to Messi sounded like a death knell for an already soured relationship.

Lionel Messi decided to leave Barcelona after new boss Ronald Koeman tells him: "The privileges are over," and he told Messi "you have to think about the team" – reports from Argentine and Spanish presshttps://t.co/ue5uLWmjST

And then the bombshell.

The dreaded fax in which Messi himself announced his desire to part ways with the Camp Nou. The desire to leave seemed strong and the prospect of Messi out of Barcelona imminent. From youtube videos to Twitter threads, the potential destinations for Messi were being debated in frenzy.

But alas. There was one more twist in the tale. One more factor that had until then been discounted-Josep Bartemou, the man himself.

While Messi stated that he could leave for free at the end of the season according to a clause in his agreement, Bartemou disagreed. This clause was the real bone of contention with the term “end of the season” pretty vague owing to the COVID-19 delays, with Barca insisting that the clause expired on June 01, the traditional end of the European footballing season.

And that led to a €700m release clause something that even the likes of PSG and Man City would find impossible to cough up.

And so started a week of tension akin to a bar brawl. A week in which Messi refused to appear for mandatory Corona tests at Camp Nou and even  Jorge Messi said that it will be “difficult” for his son to stay at Barca.

However, the end was pretty anti-climatic with  Lionel Messi finally proving to be the bigger man and instead of engaging in a legal tussle with his lifelong club, choosing to stay with Blaugrana for one more season, but not before bashing Bartemou and the Barca presidential board.

From Barca to Madrid: the Suarez switch-

Just when normalcy seemed to be returning to Camp Nou, yet another bombshell was waiting for fans. This time it was Messi’s best friend Luis Suarez.

While Suarez had been told by Ronald Koeman that “he no longer was a part of his plans and that his time at Camp Nou had come to an end”, little did we know that the switch would be to a club like Atletico Madrid-which is an eternal rival

Luis Suarez was informed by Ronald Koeman in a ‘brutal one-minute phone call’ in which he was told he was no longer needed and to leave the club. [Daily Mail] pic.twitter.com/ZAmU1Z3dFM

While until the last moment it seemed that the charismatic striker would be heading to Juventus, even taking an Italian exam(in which he was apparently caught cheating), the former Barcelona man has completed a £5.5million to Diego Simeone’s side.

And thus ended the career of one of Barca’s greats and their 3rd highest scorer- Luis Suarez.

And ends the iconic flash of teeth, a flurry of quick kisses on his wrist and hand as he raises three fingers before an obligatory hop of joy, that followed every iconic goal that he scored.

295 – Luis Suárez 🇺🇾 has been involved in 295 goals in 283 appearances for Barcelona in all comps (198 goals/97 assists), recording double figures for both in each of his six seasons:

The entire Suarez saga has attracted wrath from the likes of Messi, Neymar, and Dani Alves with Messi even saying that “nothing surprises him anymore” after the hell that the last few months have been.

Messi’s message to Suárez: “how hard it’ll be not to share each day with you…You deserved to depart like what you are: one of the most important players in the club’s history. Not for them to kick you out like they have done. But the truth is nothing surprises me any more.”

The next few matches would be extremely crucial for Barcelona even if they are to maintain any semblance to the invincibles they once were.

But the worries are mounting and the clock is ticking. Messi and Suarez had been the most potent attacking duo for a large part of this decade and now that Barcelona no longer have an out and out center forward will only add to their issues.

In short take a confused attack, a lethargic midfield, and a leaky defense and you get today’s Barcelona.

A Barcelona whose answer to every question you pose to them is: “Messi do something.”

BarSELLona?: What next for the battered and bruised Barcelona?