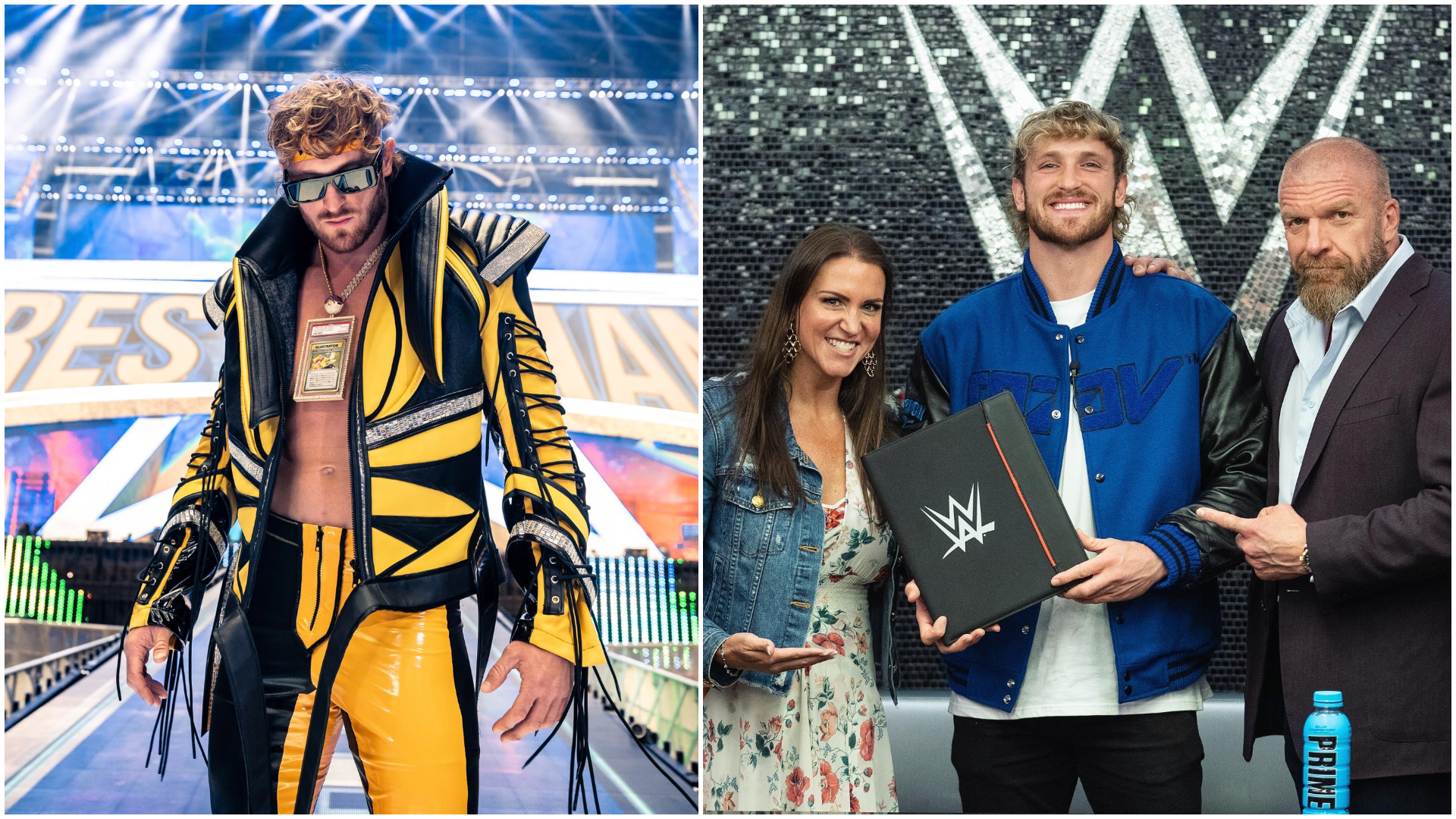 The YouTube sensation Logan Paul has made his huge comeback to WWE. He has officially signed a contract with the company. He impressed millions with his wrestling skills after he made his highly-anticipated in-ring debut at WrestleMania 38. ‘The Maverick’ had teamed up with The Miz to take on Rey and Dominik Mysterio in a winning effort. However, the ‘A-Lister’ turned on him and laid him out after the victory. Now, it seems Logan Paul has a purpose as he is on his way for vengeance. The Youtube star took to his social media account and sent a warning to The Miz.

Logan has now confirmed that he is officially a part of the Stamford-based promotion. The YouTuber took to Twitter to post a picture of him signing a contract with Triple H and Stephanie McMahon alongside him.

Just signed with the @WWE pic.twitter.com/7lYdxIKivF

WWE noted on their site, “Logan Paul is officially back after signing a WWE contract earlier this week.” It turns out Paul is also on the verge of redemption and he is coming for The Miz. “Paul made it clear he’s out for payback at SummerSlam.”

Logan Paul is expected to make his on-screen return to this week’s edition of Monday Night RAW to confront The Miz. They are likely to lock horns at SummerSlam Premium Live Event on Saturday, July 30.

Previous articleThe phenomenal rise of Levan Saginashvili aka The Georgian Hulk
Next articleWimbledon 2022: Nick Kyrgios furiously rants at the umpire; Tsitsipas receives warning for hitting a ball into the crowd