Kepa Arrizabalaga : The most expensive, the most error-prone 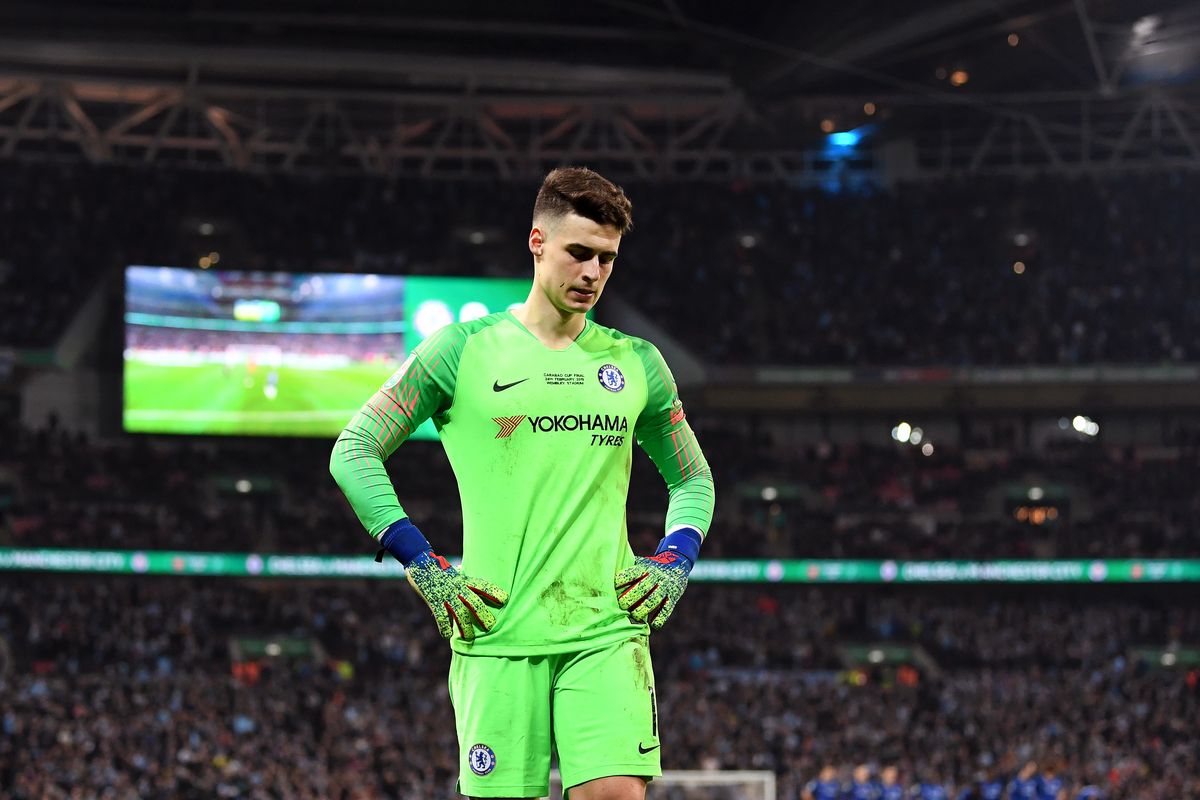 Spanish goalkeeper, Kepa Arrizabalaga broke the world record transfer fee for a goalkeeper signing from Athletic Bilbao for £71.6m in 2018, after former boss Maurizio Sarri thought he was the answer to Chelsea’s defensive problems.

The 23-year-old arrived to replace Thibaut Courtois who joined Real Madrid. Statistics suggested that in crosses, Courtois had a claim rate of 0.83 per game compared to Kepa Arrizabelaga’s measly 0.36 in their first season with their new clubs.

Unfortunately for the Spanish keeper, both traditional and advanced stats place him among the worst goalkeepers in all of Europe’s top five leagues.

Of the 98 goalkeepers who qualify – those who have played more than 1500 minutes – 97 had a better save percentage than Arizzabalaga in 2019/20. In the Champions League, his save percentage was actually worse – 50% – which made him the lowest ranked in that category in the competition last season.

Great way to start the season with 3 points! 💪🏼 Focus on the next game. @chelseafc

Since his move from Athletic Bilbao in August 2018, no keeper has conceded more league goals from outside the box with 19. Kepa was under 9.2 expected goals – or 11 according to Opta’s stats meaning he conceded NINE more than he should have given the shots he’s faced.

A post shared by Kepa Arrizabalaga Revuelta (@kepaarrizabalaga) on Aug 5, 2020 at 9:48am PDT

Inconsistent, out of form and rotating defenders and Lampard’s offensive and open style didn’t help Arrizabalaga’s cause.

In 2019, at the end of extra-time in an EFL Cup final between Manchester City and Chelsea, Maurizio Sarri attempted to substitute Kepa Arrizabalaga for Willy Caballero for the upcoming penalty shoot-out. He had gone down twice with injuries in extra-time.

UNBELIEVABLE: The look on Sarri's face when Kepa Arrizabalaga refused to be substituted 😳 pic.twitter.com/PhuWqREWpB

Rather than walk off the field, however, Kepa waved off his manager. Kepa refused to be substituted and despite Sarri’s tantrum on the sideline, the goalkeeper didn’t budge. The incident was a highlight of the keeper’s downfall as his reputation took a hit.

He’s habitually negative at corners, free-kicks and in any crossing situation, during which his first move is nearly always to take backward steps towards his own goal line.

The keeper has also been accused of having soft wrists, with many shots on his goal pawed into the side-netting rather than outside his goal. This, in particular, has frustrated many fans and pundits alike who believe several goals conceded were well within his reach and were easily expected to be saved by a top-class goalkeeper. While Frank Lampard tried to defend him on certain occasions, he ultimately decided to drop his preferred number 1 following a string of sub-par performances last season.

Some Kepa stats this season:

Not only did he get dropped in both the FA Cup and Champions League last season, but Chelsea conceded the most goals out of any of the Premier League top 10 with an alarming 54, all but seven of which were put past Kepa in his 33 appearances.

After the win vs Brighton and Hove Albion in the PL opener on Monday, Lampard started with the Spaniard and praised the keeper’s performance despite rumours of a replacement to be signed soon.

“I am very happy with Kepa. With the shot, I’m not sure if he could have done any better but I saw a bit more confidence in how he was playing. Kepa is here, he is our ‘keeper and I am happy with him.”

“If we are bringing in competition it will be competition. That’s the nature of Chelsea. That goes through the squad, so we’ll see”, he said.

A new goalkeeper has been a long-term priority, and a deal for Rennes’ Edouard Mendy appears to be close to completion for the Blues. André Onana from Ajax was also linked with a move to the Blues who have already had an impressive transfer window with 5 signings.

The world’s most expensive keeper will have to improve his game drastically or face warming the bench under Frank Lampard in all competitions this season.

Previous article
The shortlist for 2019/20 UEFA club competition awards is out- see the nominees!
Next article
Marcus Rashford’s scorching 40-yard free-kick crowned as Manchester United’s goal of the season