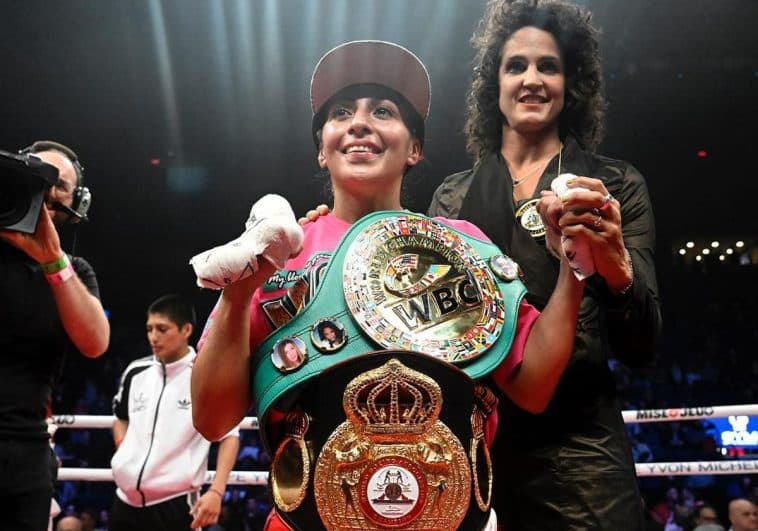 Jessica Nery continues to fulfill her dreams and now as the unified light flyweight champion, she is aiming for the undisputed crown in the division.

It’s the dream I had as a child: Jessica Nery

On Friday, Jessica Nery defeated the Canadian via unanimous decision to defend the WBA title and win the WBC title. Willing to give Kim Clavel a rematch, the WBC and WBA 108-pound champion wants all four belts in her possession.

“It’s the dream I had as a child,” said the Mexican after dethroning Clavel. “Yes, I would like to have all the belts, to be the best.”

In March, Evelin Bermúdez and Tania Enríquez could face each other for the vacant WBO and IBF titles, and fighting for the undisputed title with the winner would be the objective.

But before that, there could be a rematch, something that she is willing to negotiate, since there was no rematch clause in the contract.

“There was none, it would be negotiation,” she said. “Of course she would (she would give her the rematch), just as she gave us the opportunity.”

Since 2012 the light flyweight title has been in Mexico with champions such as Esmeralda Moreno, Ibeth Zamora and Yesenia Gómez, but Jessica Nery never received the opportunity. And if Clavel gave it to her, she wants to reciprocate.

“I had commented on it, the championship had been in Mexico and they had never given me the opportunity,” she reiterated. “And it’s something that I’m grateful to Kim for .”

From the fight with Clavel, she recognized that it was not difficult to go to his opponent’s house, since practically in all his fights he has had to fight like that.

“It was not difficult at all, I have always gone to everyone’s house,” she said. “I have never been a favourite, in Canada I felt good and very well received.”

From the key to the fight, she assured that the speed of her fists and connecting power shots was something they worked on.

“It was what was worked on,” Nery made clear. “We knew about Kim , the speed of her, but we knew we had to land power shots to nullify her.”

Her father and coach, Óscar Plata , confirmed it, and that is why Jessica arrived at the weigh-in at less than 105 pounds, as it was part of the plan.

“I planned it, I lost a lot of weight so that it would be faster and harder”, concluded the trainer. “She gave up just over 104 pounds, on straw, for her to hit harder and faster and we worked hard.”