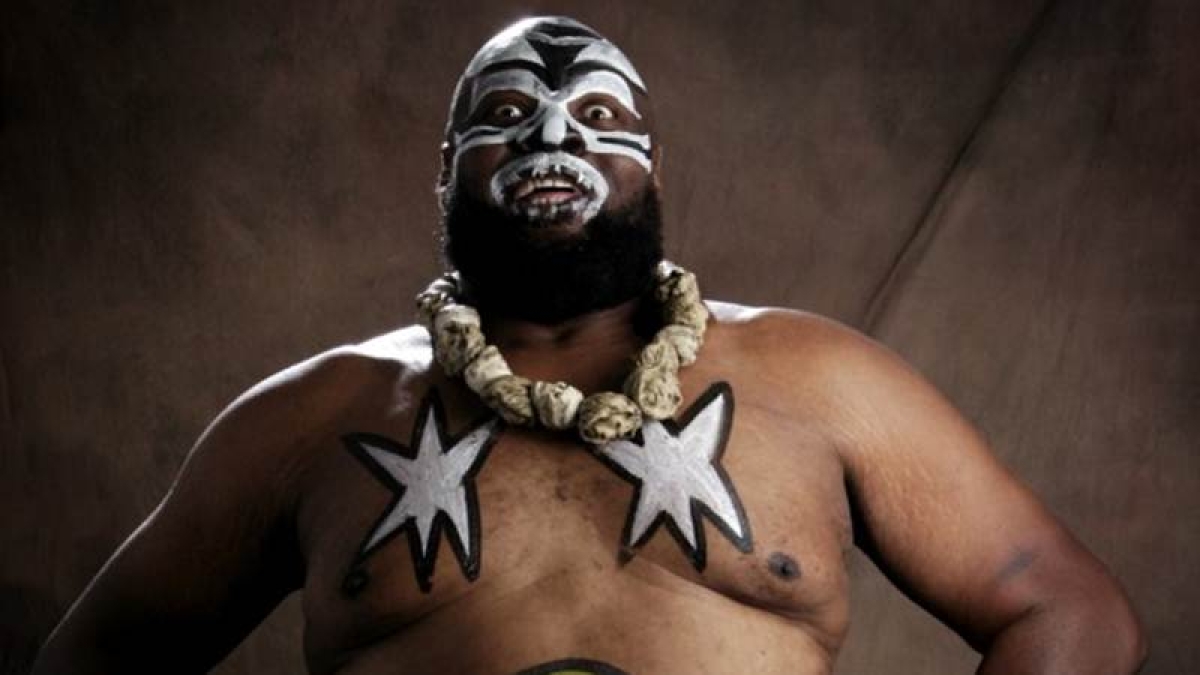 American Professional wrestler James Harris, better known to yesteryear’s wrestling fans as ‘The Ugandan Giant’ Kamala, passed away. The news of his passing was confirmed by fellow WWE star Koko B’Ware and later by the Cauliflower Alley Club. He was 70.

While once a popular wrestler, the man behind Kamala had faced a myriad of physical and financial problems. Harris’s left leg was amputated below the knee due to complications of high blood pressure and diabetes, a condition he had since 1992, which forced him to retire because he did not accept dialysis treatment. A year later in 2012, his right leg was also amputated below the knee, leading to fans campaigning for his financial needs.

On November 19, 2017, Harris underwent “life-saving” emergency surgery to clear fluid from around his heart and lungs. Following the surgery, he showed signs of improvement but remained unable to talk for some time.

On Wednesday, Harris was tested positive for Covid-19, which he probably contacted from his compulsory visits to a dialysis center. He was hospitalised that night and seemed in good spirits. The cardiac arrest and the subsequent demise was very sudden.

“WWE is saddened to learn that James Harris, known to WWE fans as Kamala, has passed away at age 70. Under the frightening face paint of Kamala, the 6-foot-7, 380-pound Harris battled the greatest Superstars in sports-entertainment history, including Hulk Hogan, The Undertaker and Andre the Giant. He terrorized opponents and thrilled audiences in Mid-South, World Class Championship Wrestling, WCW and WWE until 2006.”

WWE extends its condolences to Harris’ family, friends and fans,” stated an article at WWE.com

WWE is saddened to learn that James Harris, known to WWE fans as Kamala, has passed away at age 70.https://t.co/d0kGY4GcTO

While Harris started wrestling with a fairly conventional in-ring character, he wrestled as The Mississippi Mauler during a UK tour, a character with some similarities to his future Kamala character. It was Jerry ‘The King’ Lawler and Jerry Jarrett who developed the Kamala gimmick. His original backstory was that he was a former bodyguard of deposed Idi Amin who had been discovered by JJ Dillon during an excursion to Africa. To preserve kayfabe, Harris refused to speak English in public.

After years at CWA and WCCW, Kamala joined WWF in 1984. In his very first year he battled Hulk Hogan for the WWF Championship and fought in a series of matches against Andre The Giant. After leaving WWF for a short time, he returned in 1986, now being managed by Kim Chee, before leaving again in 1987.

After a return in 1992, Kamala started facing top-card talents such as Bret Hart, The Undertaker and The Ultimate Warrior. Interestingly, Harris claimed that he was only paid $13,000 for a Summerslam match while his opponent The Undertaker was paid $500,000. Kamala later maintained sporadic appearances with the WWF, while also appearing for other promotions.

The character Harris played has been considered as racist by many. In a shameful sequence of events, Reverend Slick attempted to ‘humanize’ Kamala with a variety of Western concepts. However, Harris, the man behind the gimmick, played his part to perfection, scaring younger members of the audience and wrestling and acting the style the character needed to have.

Fellow wrestlers and Wrestling personalities are expectedly heartbroken at the news.

GOD BLESS THE KAMALA HE ALWAYS PUT ON A SHOW FOR THE FANS GOOD BIG MAN WHO WORKED THE GIMMICK BETTER THEN MOST IT BREAK MY HEART #ripkamala pic.twitter.com/8hFybhctSq

Sad news. Rest in peace, Kamala. I think it's fair to say that James Harris gave us an unforgettable character that was unique and very entertaining. Thanks for the memories. Condolences to his family, friends and fans. #RIPKamala https://t.co/gYqgTViqQl

Another legend who deserved to be in @WWE Hall of Fame and ALIVE when that time came. An all around great talent and good guy that got over and stood out wherever he went. RIP to the great “Ugandan Giant” Kamala. His memory will live on forever. ~PHS#RIPKamala #Kamala #WWE #WWF pic.twitter.com/LnxIM0D59F

AEW and the wrestling world mourn the passing of wrestling legend James “Kamala” Harris, our thoughts are with his family, his friends and his fans.#RIPKamala pic.twitter.com/kYMMusLJXJ

Sorry to hear a legend has passed. I had the pleasure of meeting Kamala couple of times always a tremendously nice man. #RIPKamala pic.twitter.com/4QgYJ2oMV6

Gimmicks are short lived
Gimmicks that can work(wrestle) last forever
Pat ur belly before bedtime
Tell people what they mean to you#RIPKamala pic.twitter.com/Mta6WYYWs5

From all of us at TheSportsRoom, condolences to Harris’s family, friends and fans.

Back From The Dead: Bruce Prichard talks about the return of The Nation of Domination