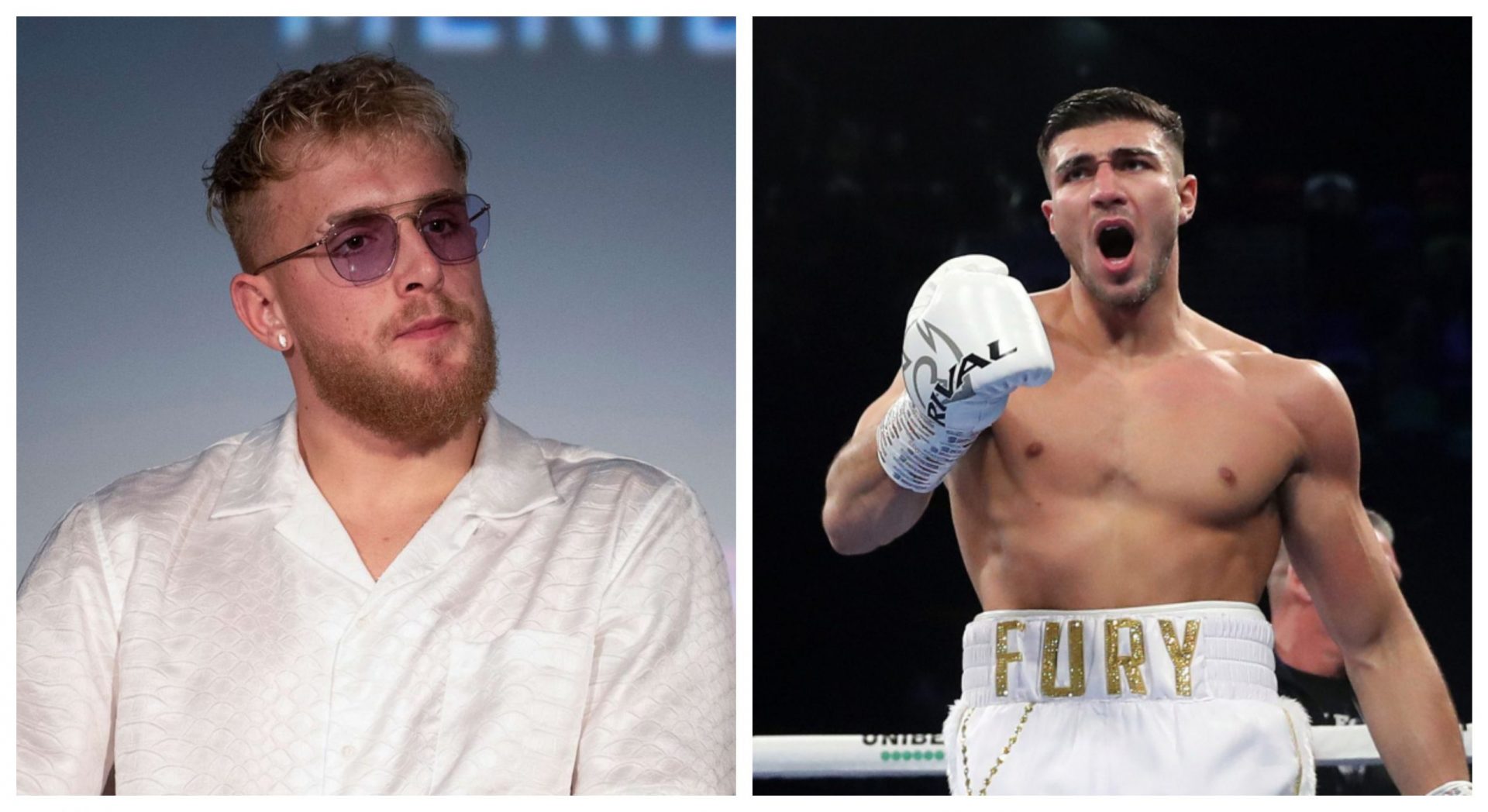 There is yet no confirmation on who YouTuber turned professional boxer Jake Paul (3-0, 3 KOs) will be facing next, but as things are coming together, undefeated cruiserweight is being pushed to fight Tommy Fury (5–0, 4 KOs)  and the request is coming from none other than his big brother Tyson Fury.

The idea to pit the two against each other was originally proposed by Fury himself, as the WBC heavyweight champion said back in March that he was eager to see his younger brother Tommy square off against Jake.

Jake, staying true to his “Problem Child” moniker, has been dealing verbal blows with Tommy since then, from calling him “A little brother living in Tyson Fury’s shadow”, with Tommy responding that he doesn’t see the YouTuber as a “real, legitimate boxer.“

The desperation is seeping through the pores of the Fury family: Jake Paul

The recent heat started when Tyson Fury himself took to his official Twitter handle to call out Jake Paul to “step up and fight a REAL boxer” aka his brother Tommy, and a short clip that the Gypsy King shared, even featured former NBA icon Shaquille O’Neal.

Responding to the clip, Jake tagged that the way the Fury brothers are approaching him for a fight is “desperation” as well as calling it an “embarrassment” as he took to social media to speak up about the challenge.

“I don’t know if you guys just watched that video, but the desperation is seeping through the pores of the Fury family. It’s quite embarrassing,” said Jake, “the heavyweight champion of the world [Tyson Fury] is talking about Jake Paul, begging me to fight his brother.”

However, one thing to be considered about a potential Jake Paul vs Tommy Fury fight, Jake has become a popular figure in the sport in recent times, while Tommy’s name is not well known outside the UK.

The “TNT” himself is slated to have his next fight on 5th June against an undetermined opponent, and referring to the same, Jake said Tommy should be focusing on that instead of thinking to fight him.

“Listen, Tommy, focus on your fight in a couple of weeks that nobody even knows about, by the way. This clip right here will be the biggest promotion for your entire f*** fight,” Jake added.