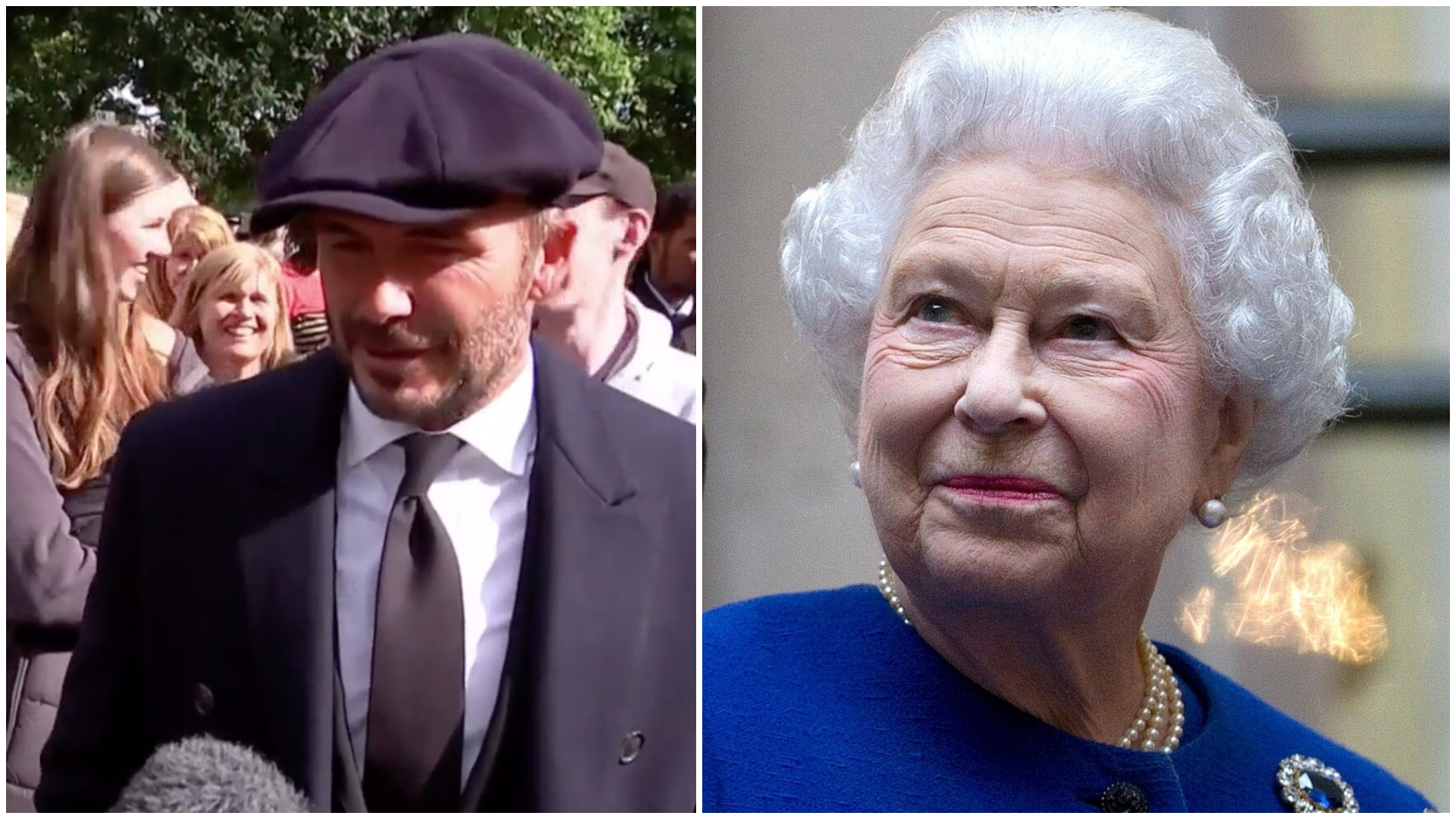 Legendary English footballer David Beckham recently joined thousands of people in queue in London pay tribute to the late Queen Elizabeth II. The former Manchester United and Real Madrid joined tens of thousands of people walking towards Westminster Hall. Queen Elizabeth’s death has saddened the nation, with people queueing for hours in order to pay final tributes to Her Majesty. It has been noted that many through the night waited while David Beckham waited for twelve long hours.

The Queen passed away on September 8 after a historic 70-year reign The longest-reigning monarch was 96 years of age at the time of her passing. The Queen’s son, Prince Charles, succeeded her as the King of England. She is mourned by many, but not by everyone around. Buckingham Palace had issued a statement before her death stating that doctors were concerned about the health of Queen Elizabeth. The doctors recommended that she remained under medical supervision.

It was noted that the queue was temporarily paused on Friday after a park at the end of the line along the River Thames reached capacity, the government said.

David Beckham was spotted wearing a dark flat cap, suit and tie as he waited in line to pay his respects.

“This day was always going to be a difficult day,” he told Sky News. “Our thoughts are with the family — it’s very special to hear all of the stories from people here.

“The most special moment for me was to receive my OBE (Order of the British Empire honour from the queen, which he received in 2003). I took my grandparents with me who were huge royalists.”

David Beckham added: “I was so lucky that I was able to have a few moments like that in my life to be around Her Majesty. It’s a sad day, but a day to remember.”

Beckham said he had turned up to queue in the early hours, hoping to dodge the main rush but had been thwarted in his plan.

At Westminster Abbey on Monday morning, The Queen will be honored with Britain’s first state funeral in nearly six decades, with more than 2,000 guests expected. The Queen’s death comes just under 18 months and after that of her husband, Prince Philip, Duke of Edinburgh, who died on April 9th, 2021.