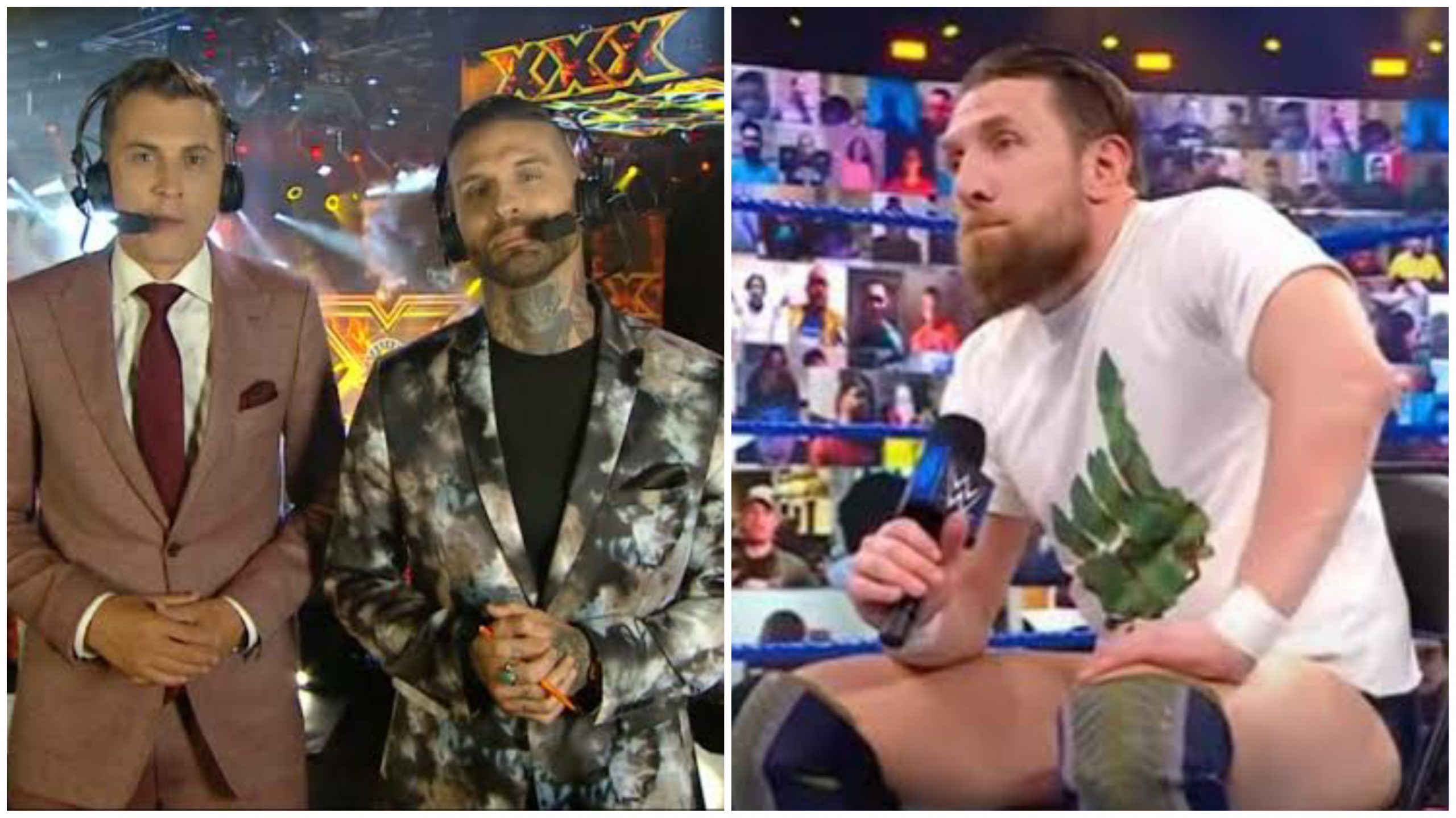 WWE commentators Corey Graves and Vic Joseph has shared their views on Daniel Bryan, especially the spotlight shining over him since his WWE SmackDown Live exile.

DANIEL BRYAN’S WWE FUTURE HAS BEEN A TOPIC OF SPECULATION

Since losing a WWE Universal Championship match to Roman Reigns, Bryan’s WWE career has been in question. He has been placed at the alumni section of the company’s websites, and according to most reports, his contract with the company has ended.

Reportedly, WWE has tried all cards and pushed hard to re-sign “The American Dragon” to a contract, but that has not been possible yet. He also has no restriction of a non-compete clause in his contract, and he is reportedly technically available for a match anywhere in the world.

Corey Graves’s opinion is that the SmackDown match has been the last WWE match of the former WWE Champion’s career. Graves also states that there is no one in current WWE roster who is a better technical wrestler than him.

“This past Friday Night on SmackDown might have been the last time we see Daniel Bryan in WWE. I challenge you to find anybody from a technical standpoint that does it better than Daniel Bryan…but now it’s a very real possibility that we’re faced with, we might not see Daniel Bryan. Definitely not on Friday Night SmackDown but even within the hallowed halls of WWE,” he comments.

According to Graves, Bryan is not vocal about the options he has in front of him and the direction he has decided or is interested to move. He has not made any public statement on a new career step, thus paving the way for speculations across the internet Wrestling community.

Vic Joseph adds: “This is that grey area that I like about WWE. When you actually have legitimate questions about what’s happening because nobody knows. That’s the fun time to be a fan. The last time I really remember this grey area was CM Punk. What’s he going to do? Is he gone?”

Graves refutes the CM Punk comparison, arguing that Punk won the title and disappeared, Bryan did not. However, until he provides a statement, one can only speculate on his future.