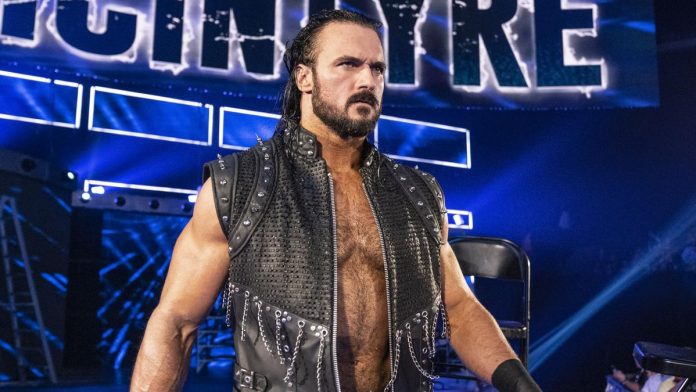 Drew McIntyre has been invested into pro-wrestling since his childhood days. He went on to follow his passion and became a pro wrestlter. He eventually became a top star in WWE and also captured the ultimate prize, WWE Championship, that too at the grandest stage of WrestleMania.

Drew McIntyre reveals how he pronounced the word

During a recent interview Rick Ucchino and Kevin Kellam on The inSide Kradle podcast he recalled the time from his childhood when he was aged ten and read an edition of Percy Pringle’s (Paul Bearer) book, Inside Secrets on How You Can Enter the Exciting World of Pro Wrestling. He had learned some backstage words from the book.

The Scottish Warrior had found the term of ‘kayfabe’ which means the portrayal of staged events in the wrestling industry that are regarded as ‘true’ events. McIntyre revealed that he used to hilariously pronounce as “kafabé” (ka-faa-bee). McIntyre would practice it at school when he was playing with his friends.

“I’ve got my secrets, I’ve got my backstage words, how things work. I’ve gotta keep ‘kafabé’ because I don’t know its pronounced kayfabe at the time. The secrets of wrestling. So I keep my book in a briefcase locked on top of my wardrobe and I go to school and play along with everybody at school which is a 100% legit and I’m like, ‘Oh yeah! Yeah yeah! That’s right!’ But in my head I’m like, ‘I’m totally keeping kafabé right now!”

Drew McIntyre revealed that he continued to use the term “kafabé” till the age of 15 until he joined a wrestling school. It was here that he learned the proper pronunciation. The Scottish Warrior had sighed a relief that he never said it out loud before knowing how it is pronounced.

He said: “They didn’t spell it phonetically. I was just like, ‘Oh! kafabé! Ok cool!’ I remember the first time I heard how it was pronounced, I think it was at wrestling training, I was about 15 or something, I was like, ‘Goodness! Thank goodness I didn’t say that out loud.'”

Drew McIntyre recently go his new book, titled – “A Chosen Destiny: My Story” released on the April 22 this year. He is set to clash with WWE Champion Bobby Lashley and Braun Strowman with the title on the line at WreslteMania Backlash on May 16.