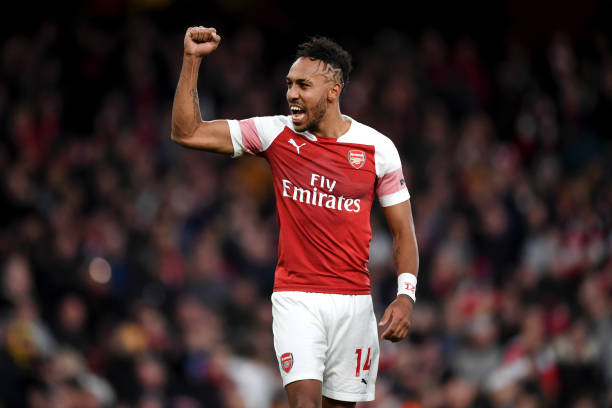 Pierre-Emerick Aubameyang signed for Arsenal from Borussia Dortmund for £56m, back in 2018. He is in the final year of his contract and is currently in negotiations with the club about extending his stay at the Emirates.

If reports are to be believed, contact was made in January, on behalf of the Arsenal striker, Aubameyang with their London rivals, Chelsea for a transfer.

The 31 year old striker was on the verge of shocking transfer switch with the Blues but was called off due his high demands of wages. Aubameyang was said to be very eager to join the rival club and the Gunners’ fans were enraged with the news.

Reports further said, that the repeated demand for a sky high salary would have made him comfortably the highest-paid player in Chelsea’s history – but unfortunately things didn’t fall into place.

Since the striker’s arrival, only Mohamed Salah has scored more Premier League goals than his 49.

Frank Lampard is looking for a striker and could have signed the Gabon International if he had lowered his demands.

The Blues manager would still be keen to sign Aubameyang and chances will increase, should they defeat the rivals, Arsenal in the FA Cup final.

‌Aubameyang has netted 27 goals this season and Arsenal manager, Mikel Arteta will be desperate to keep him.

Mikel Arteta strongly believes that success could convince Aubameyang to trust the club are going in the right direction.

On Friday, when asked whether Saturday’s clash could be Aubameyang’s final game for the club. He said,”No, I don’t have that feeling,”

He added, “Don’t forget that he still has a contract here with us. We want to do it in a long-term, at the moment he’s with us and he should be really proud of where he is. Winning a trophy helps to really believe and feel ‘wow’, I want more of these moments. If you are wearing the armband and able to lift that cup, it is such a moment. This is going to help for sure.”

“It’s a final, the only focus is on winning that trophy tomorrow,” said Arteta. “Financially it would be really helpful and on the sporting side, to play European football for this club is a must.”

If Arsenal defeat their rivals, they will qualify for the Europa League and the increased revenue that would bring will raise the likelihood of them being able to keep hold of the striker.

Previous articleThe Rise of the Antetokounmpo Brothers : From Sepolia to Orlando
Next articleAlexandre Lacazette states how Arsenal can redeem themselves this season