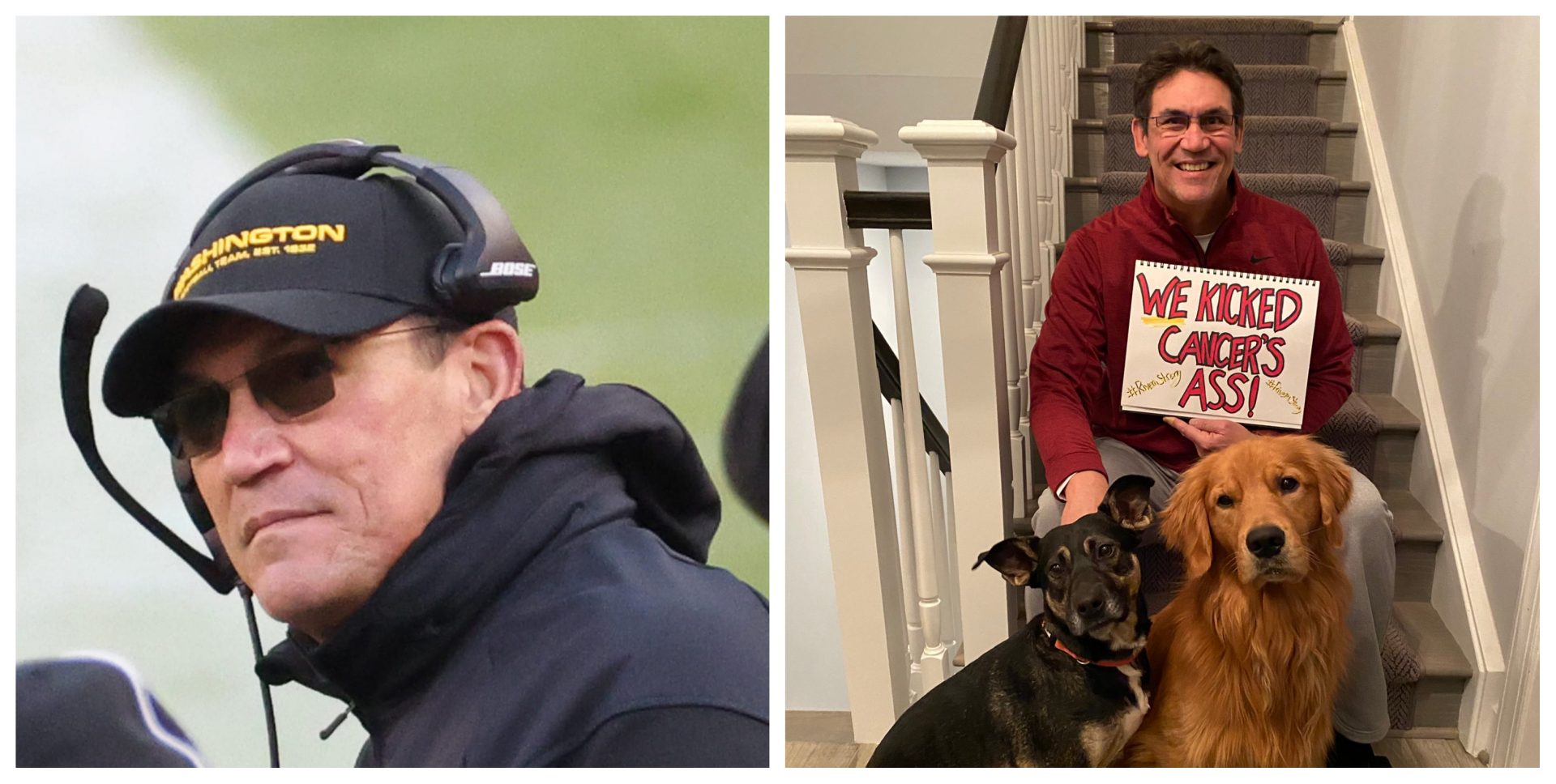 Washington couldn’t beat the Buccaneers in the NFL Wild Card round. But Ron Rivera has beaten something way more difficult.

Five months after he was diagnosed with squamous cell cancer, Ron Rivera has finally been declared as cancer free following a medical checkup on Thursday.

The positive news was first shared by both Ron’s wife Stephanie Rivera and daughter Courtney Rivera on Twitter earlier on Thursday soon after the PET scan reports revealed that the Washington chief has won the fight against the deadly diseases.

Soon afterward, Rivera himself took to the social media platform to announce the news himself, along with his two pet dogs and a message that read “WE KICKED CANCER’S A**!”

“Thank you everyone for your prayers, letters, texts & notes of encouragement & support. It truly made a difference in my treatment & recovery! #RiveraStrong @WashingtonNFL” the post was captioned.

ALSO READ: Read how the NFL Foundation’s contribution of $250,000 will be used to fight hunger

Back in August last year, an early stage squamous cell carcinoma was detected in a lymph node in Rivera’s neck. The coach, who appointed Washington’s defensive coordinator Jack Del Rio to fill in his shoes in case of any emergency, underwent two months of chemotherapy as well as proton therapy for five days each week.

The 59-year-old, who joined Washington from Carolina Panthers last year, often received intravenous therapy during matches and was often carried to training session on golf carts. Despite his body weakening from the chemo, Rivera never skipped a game and was absent from practice only three times.

His treatment at the Inova Schar Cancer Institute ended on 26th October, which took a toll on his health. He lost 36 pounds of weight and would take naps often. The team had initiated a support campaign named “Rivera Strong” to aid their man in charge in need.

“At times you get nauseous,” Rivera said in an interview back in October, “At times your equilibrium is messed around with, almost a sense of vertigo. And then the nausea. It hits you at any time, anywhere. But the fatigue, going out to practice it limited me, and that bothers me because I can’t coach the way I coach.” (H/T ESPN)

Despite the challenges, Washington finished the regular season with 7 wins and 9 losses, winning the NFC East.

Previous articleSheamus gets a gift from AEW star Miro on his birthday
Next articleAvni Yıldırım calls Conor McGregor “arrogant, ignorant” for believing he can beat Manny Pacquiao