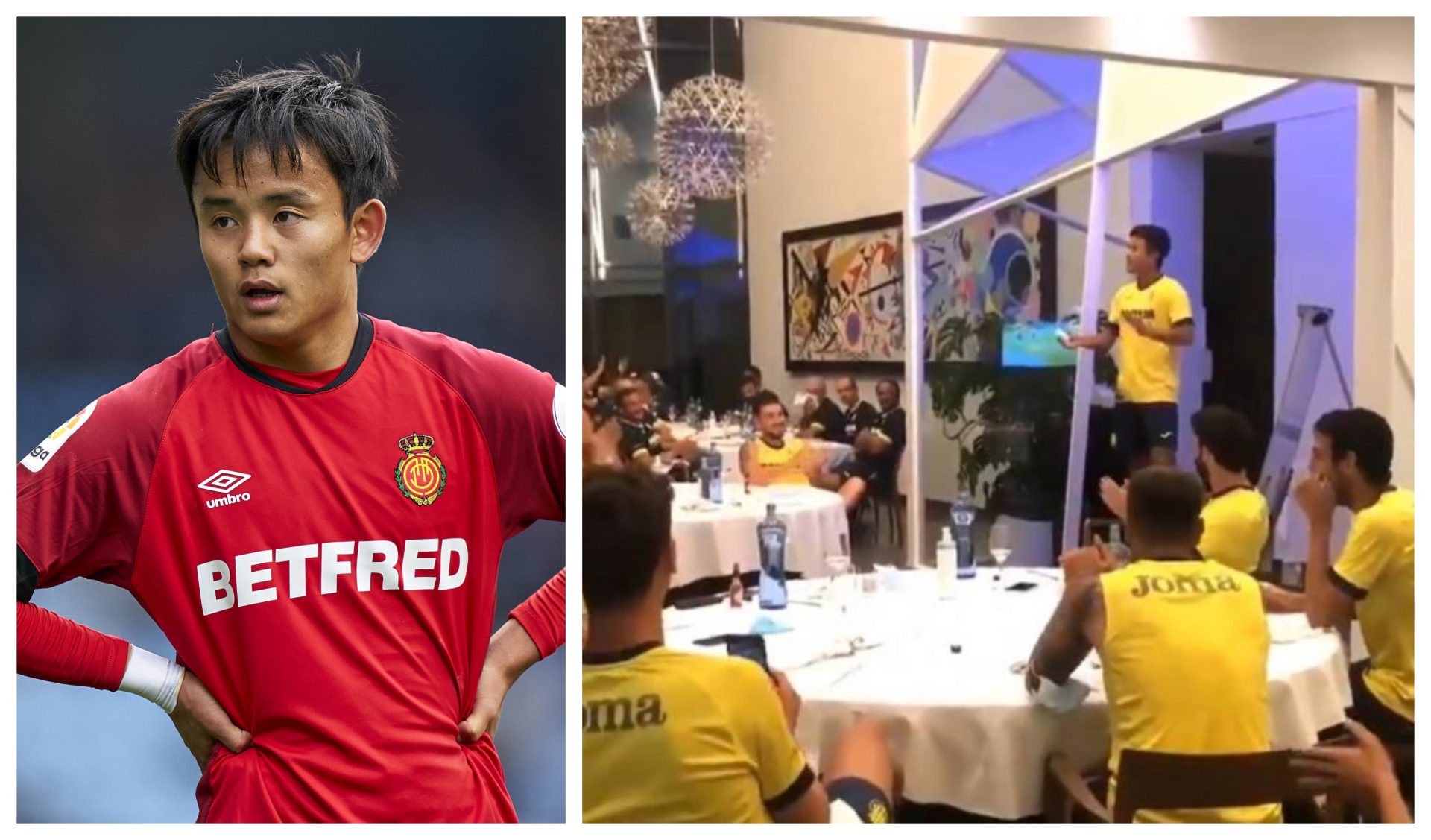 After completing his one-year loan deal with Mallorca, Real Madrid youngster Takefusa Kubo’s next destination is Villarreal. As part of his initiation with his new teammates, the 19-year-old sang popular Japanese anime Doraemon’s title track.

In the forty-second footage released by the La Liga club, Kubo is seen atop a platform with his teammates seated at tables below. 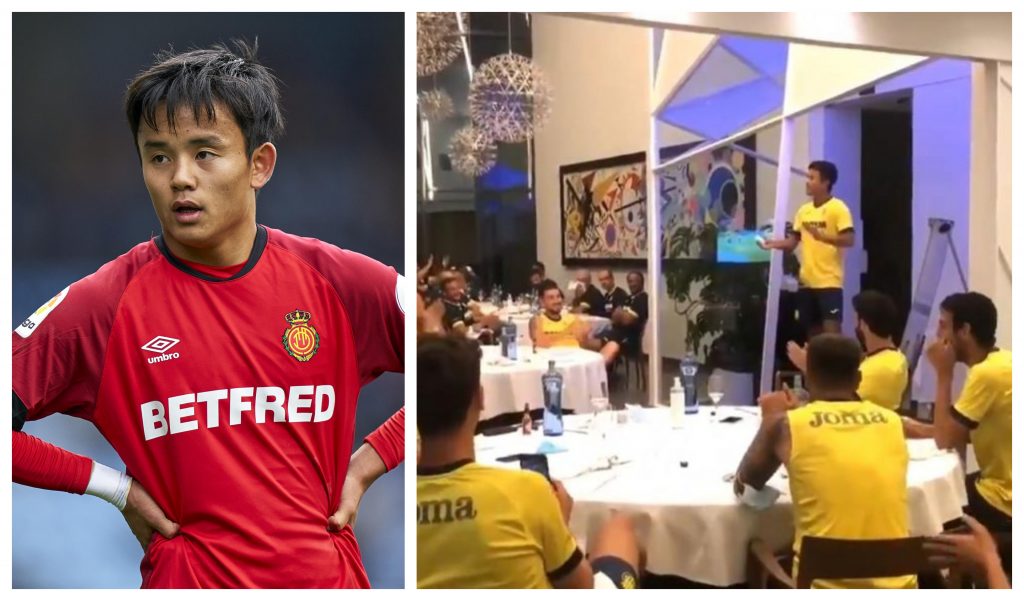 The young winger’s singing was met with cheers across the tables. Towards the end of the song, a couple of players were seen waving their white handkerchiefs in support.

The culmination of the song was met with raucous clapping as Kubo made his way back to the seat. Check out the video right below:

In his ‘initiation’ with his new team-mates, the Japanese starlet sung the Doraemon theme in his native language! 🇯🇵 🤣🤣

The Japanese prodigy was part of Barcelona’s famous La Masia academy after passing the trial at the age of 10. Kubo had a stellar start to his youth career by scoring 74 goals in 30 games. The winger played with current stars Ansu Fati and Eric Garcia during his time at the academy.

However, the club was found to be breaching FIFA’s international transfer policy for under-18 youths. This rendered Kubo to be ineligible for the club and had to return back to his homeland of Japan in search for game-time.

Real Madrid swooped in to secure the services of Kubo in August 2019. He was loaned out to Mallorca for the first season. The versatile youngster registered 4 goals and 4 assists in his maiden loan spell, following which the Los Blancos elected to send him to Villarreal for further first-team exposure.

In recent times, singing a song as part of initiation has become a common norm across football clubs, especially in Europe.

It has become mandatory for the new signings to go through this trial of fire before they go through the actual test which lies on the pitch.

While Kubo aced his first hurdle, he has several more of them to go through if he wants to rise through the ranks and make it into the Real Madrid first team.