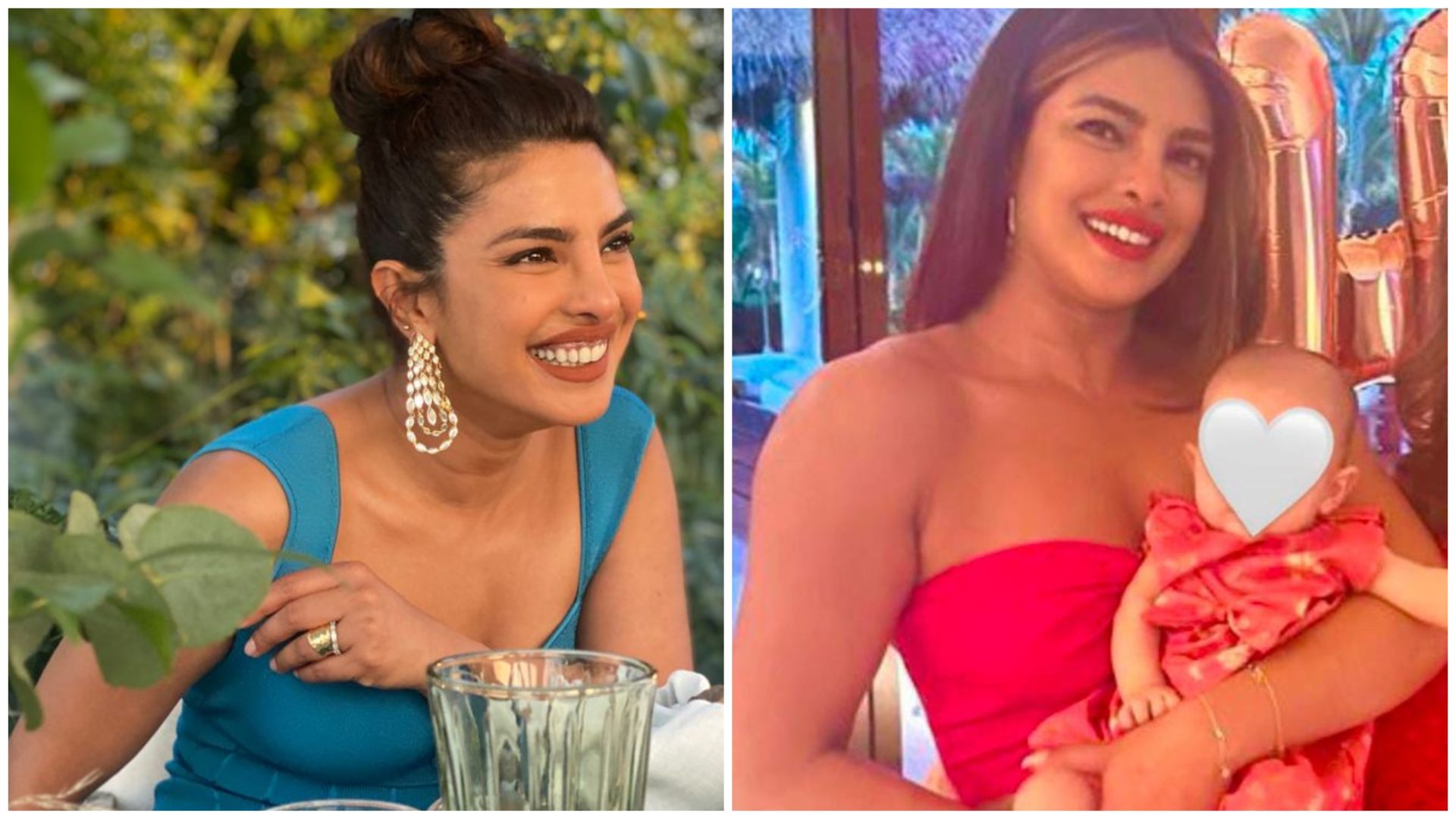 On Sunday, Priyanka Chopra Jonas shared pictures of her little daughter and her three pet dogs. Although the actress has not revealed her daughter’s face, she shares the pictures by hiding the face of her daughter with emojis.

Indian actress and model Priyanka Chopra has comprehended motherhood. Earlier this year the producer and her singer-husband Nick Jonas greeted their first child through surrogacy. Frequently she had been sharing glances of her baby girl Malti Marie Chopra Jonas.

Priyanka Chopra is spending quality time with her family and enjoying relaxed weekends at home.

The 40-year-old shared recent photos on story section of her Instagram giving a glimpse of her weekend at home with her 7 months daughter Malti Marie.

The first photo appears an over-the-shoulder shot of Malti exploring a broad book, shared ‘The Sky Is Pink’ star. She captioned the shot “Sundays are for reading!”

The second photo shows Malti wearing an lovely matching floral outfit lying on her back
and picking her head up a bit while on an activity mat. The three dogs of the family lay around the mat, two of them watching Malti play. “All my babies,” Chopra Jonas wrote. “Perfect Sunday.”

Priyanka thanked a friend for a cute onesie for Malti, which she models in third the photo. The proud mom also shared a photo of Malti in another fun onesie previous week. The Instagram Story shows the infant wearing a onesie that reads “desi girl,” which is the nickname Chopra Jonas has held throughout her Bollywood career which was posted by the actress.

Following the Bollywood hit movie Dostana of 2008, Chopra Jonas earned the tittle “Desi Girl.” It seems like now she is ready to share her star status with her daughter.

Malti had spent her firstt 100-plus days in the neonatal intensive care unit, following which she was able to be together with her parents.

Nick Jonas opened up on his baby daughter Malti coming home in an interview with Entertainment Tonight back in July. “It is certainly life-changing. [Malti] is amazing. It brings me a lot of joy,” said Jonas about how he felt being a father. Although Malti didn’t  have the easiest start to life, Jonas added that “all is good” at present.