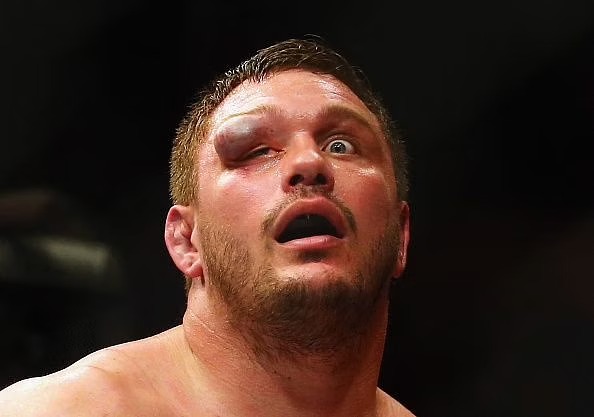 The Ultimate Fighting Championship is a violent sport; there’s no question about it. That is a big part of what draws so many eyes to the UFC. People enjoy the sense of danger and drama that comes with the UFC. That is why it has quickly risen up the ranks to become one of the most heavily watched and bet-on sports on the planet. Across the world, bettors and fans unite to watch two talented MMA fighters square off, with only one leaving triumphant.

Betting on the UFC is a great experience because of how straightforward it is. One punch can end a bet, making it an adrenaline-filled experience. Canadians are constantly searching for the best UFC betting site Canada to hammer bets on their favorite fighters. But be warned, injuries happen, and often. There are several injuries bettors can expect to see when watching a typical UFC match.

What are those injuries? Fighters are constantly hurting themselves, but specific injuries pop up more often than others. Let’s look at the most common injuries that occur over the course of an MMA brawl.

This is the most common type of injury that you’ll see in just about every MMA fight there is. A skin laceration occurs when there are cuts on the fighter’s body or face. Skin lacerations occur regularly because when fighters exchange blows, they’ll often break the skin.

According to the Sports Health Journal, between 67-78% of MMA injuries occur on the head or face. This is mainly because fighters focus many of their blows at the head because a direct shot to the head can end a fight in seconds. One of the most common injuries that occur from a blow to the head is a concussion. Concussions occur when the brain rattles around inside the skull.

A concussion is a severe injury that can end a fight. If a fighter you are cheering for has sustained a concussion and is still standing, they will likely be groggy, disoriented, and incapable of defending their opponent’s attack.

There are a lot of injuries that can be pretty gruesome to behold that occur relatively often over the course of a UFC card. One of them is a facial fracture. As we’ve mentioned, fighters tend to aim for the face. If they land hard enough, the bones in the average person’s face can break. These include broken noses, orbital fractures, or even a broken jaw.

There is no protective equipment on fighters’ faces, so this injury occurs far too often. A broken bone in the face doesn’t necessarily take a fighter out of a fight, but it can. Some fighters can bounce back from a broken nose or orbital fracture, but a broken jaw is a done deal. If a fighter you’ve bet on has received a facial fracture, your odds of victory are certainly diminished.

UFC fighters don’t wear the big boxing gloves that their contemporaries in boxing do. Instead, they wear 4-ounce MMA gloves. These offer some protection to the fist and hand, but not enough. That is why wrist and hand injuries are pretty common in an MMA fight. Fighters are throwing their hands with reckless abandon, and injuries can occur.

Some of the standard wrist and hand injuries include a sprained wrist, torn muscle in the hand, a fracture, or a dislocated joint. These injuries are impactful because if they occur, they heavily limit the ability of a fighter to throw punches with power.

Muscular Tears in the Leg

One of the reasons MMA is so fun to watch is because the entire body of a fighter is used as a weapon. Kicks and elbows are fair game. Naturally, this opens the whole body up to injuries. One of the most devastating injuries that can occur with fighters is a muscular tear in the leg, particularly the knee. These include torn ACLs, torn meniscuses, torn PCLs, and even a torn Achilles.

MMA is brutal on the legs, so these injuries can happen. However, they aren’t super common. If they do occur, they can set a fighter way back. Some of these injuries have recovery times that can run up to a year. If a fighter tears a muscle in their leg, it often means game over.

As we’ve mentioned, kicks are a common practice in MMA. A way for a skilled fighter to break down the defenses of their opponent is to land a series of leg kicks. Leg kicks can slow a fighter down and limit their mobility. Because of how common practice leg kicks are, some fighters break or sprain bones in their lower body either by dishing out or receiving kicks.

These could be injuries like a leg or foot fracture, an ankle sprain, or bone contusions. Fractures and sprains do happen, but they aren’t as common as some of the other significant injuries. However, when they do occur, they will often lead to a fighter having to call the fight off. They make it hard to move or even stand.