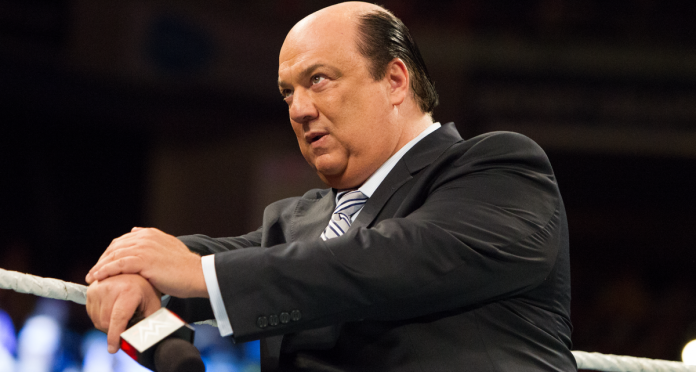 WWE stars often feed off the live crowd to bring more passion and intensity to their matches. Paul Heyman recently spoke about a star who does that job perfectly and said he has seen very few people do it greatly.

Paul Heyman during a recent interview with Metro recalled the WWE title match between John Cena and WWE Hall of Famer Rob Van Dam. The historic title match took place at ECW One Night Stand back in 2006.

Rob Van Dam had cashed in his Money In The Bank briefcase on John Cena at the second ECW One Night Stand event in 2006. The match saw anti-Cena crowd up to such an extent that there was a large banner hanging from the balcony that stated: ‘If Cena wins we riot.’ The atmosphere of the venue and the intensity of the match are still talked about even these days.

The fans did not have to leave disheartened following the outcome of the bout. Perhaps, they went berzerk went RVD defeated Cena for the WWE Championship.

Heyman lauded the fomer 16-time WWE Champion said that he has not seen many stars who could feed off of the interaction of WWE Universe the way Cena does.
He said: “John Cena feeds off of the interaction with a live audience like very few people on the face of the planet in history ever have, ever could, ever would, or ever have the ability to generate that level of passion from a live crowd.”

Though the match saw the fans going totally against Cena, Paul Heyman believes The Leader of Cenation had enjoyed every moment of it. He added: “I think John Cena, to this day, loved every single micro moment of it.”

As mentioned earlier, it was known prior to the match that the fans were against Cena and it was clearly known that they expressed their hatred towards the star.

At one instance, Cena had attempted to throw his T-shirt towards the audience during his entrance but it was thrown back at him by the fans repeatedly until he finally gave up.

WWE Hall of Famer Edge had distracted in the end, that helped Rob Van Dam defeat Cena for the WWE title and the crowd cheered for their hero of the night.