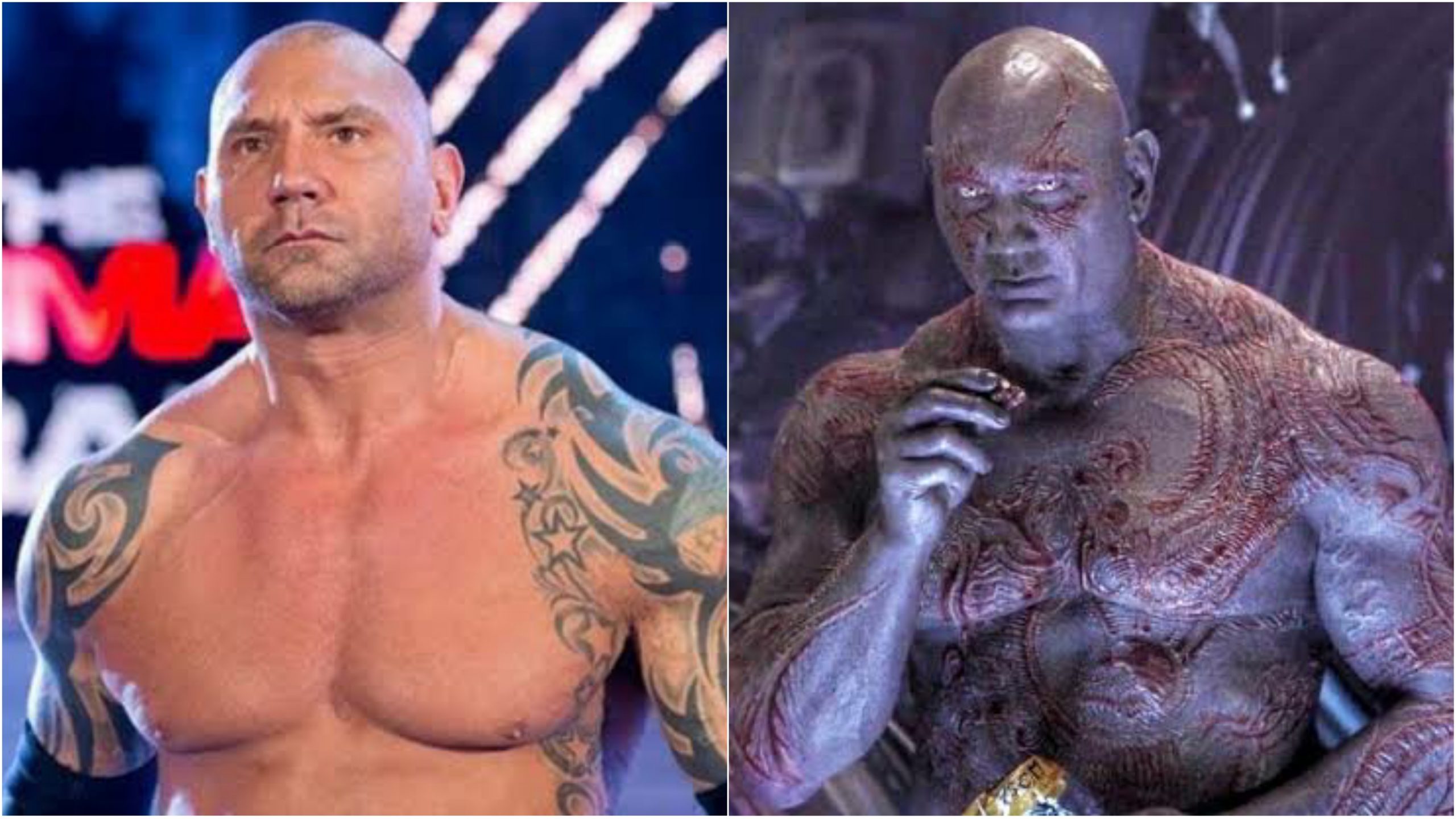 The former WWE star Batista has been entertaining fans with his acting skills in Hollywood following his stint as a wrestler in WWE.

He has gained popularity as an actor after his role of Marvel superhero character, Drax in the Guardians of the Galaxy movie franchise, and in subsequent movies in the Marvel Cinematic Universe. He recently addressed his fans whether he would be taking up that role once again in the upcoming Galaxy Vol.3.

Batista reveals if he would perform in Drax character

Batista got into the movie industry when he got a small role as an alien in the sixth season of the television series Smallville. From then he has been working hard and ultimately it has paid off.

He recently let his fans know about the update on his future as Drax. The character has been loved by the fans as there has been speculation that he might quit playing the role.

Batista recently took to his Twitter handle to reply to a tweet from IGN which speculated that the upcoming movie Guardians of the Galaxy Vol. 3 might be the last time we see Drax in the MCU.

However, The Animal clarified that Drax will stay, but he won’t be the one who would play the character. The movie is set to release sometime in 2023 and the 52-year-old star joked that by the time the movie would come out he will be 54-year-old and that he is “expecting everything to start sagging.”

He wrote: “Drax isn’t going anywhere. He just won’t be played by this dude! By the time G3 comes out I’ll be 54 yrs old for God’s sake! I’m expecting everything to start sagging any second now.”

Batista made his last WWE appearance when he squared off against Triple H at WrestleMania 35 in a No Holds Barred match. The Animal faced defeat against The Game and the next day he announced his retirement from pro wrestling.

Due to previous obligations, he could not attend the event was removed. He later revealed that upon an agreement with WWE, he would be inducted in a future ceremony.