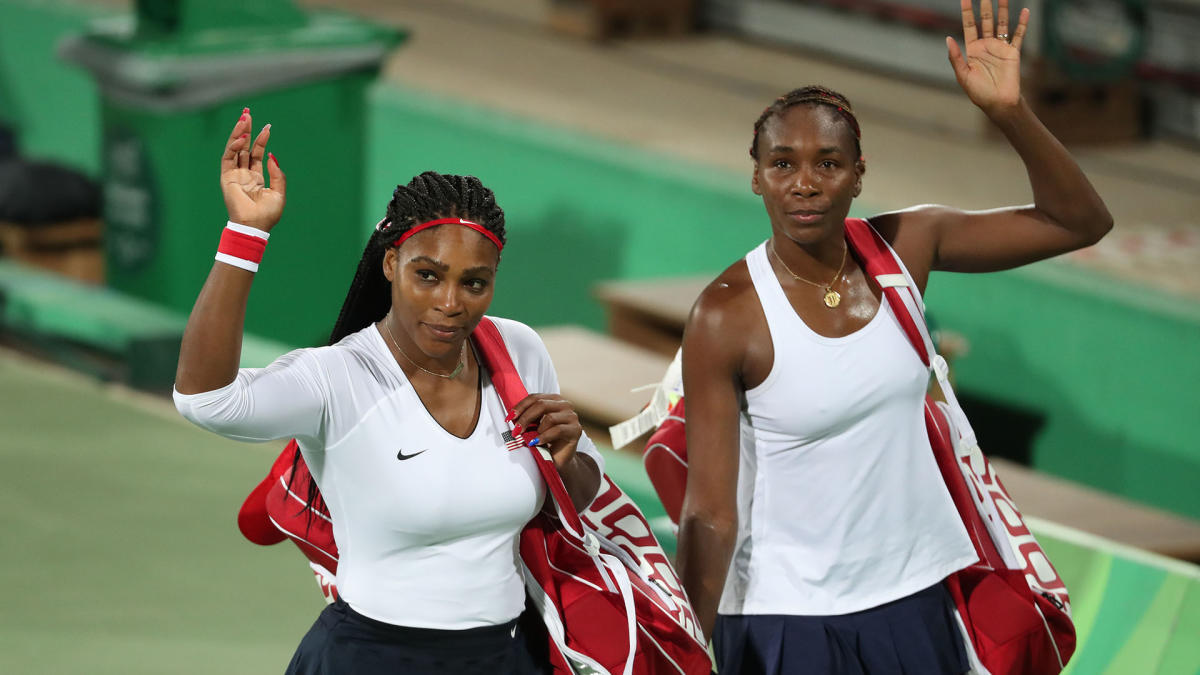 The 40 year old Venus Williams seemed set to enter the next round after a first set win in tiebreak,but heavy winds,a slew of unforced errors and some superb display from Anna Schmiedlova meant that her journey was cut short after a 7-5,2-6,2-6 loss.

On the other hand, her younger sister,top-seed Serena Williams got the first win of the 2021 clay season at the Emilia-Romagna Open in Parma on Monday. The American, who took a wild card into the WTA 250 tournament after crashing out in the first round of the Rome Open last week, defeated Italian qualifier Lisa Pigato.

Serena will next face former women’s doubles number world number 1 Kateřina Siniaková for a place in the last 8.

The divine intervention against Venus-

After taking the first set 7-5 despite being 5-2 down, 40-year-old Venus Williams was losing her grip on the match when heavy winds forced her to take her time on serve, resulting in the time violation and a confrontation with the chair umpire.

“I can’t control God, “Venus told the chair umpire after going 4-1 down in the second set. “I’m just saying that wind blows and there is nothing I can do about that.

“I can’t control God, talk to him,” the former world number one added, pointing a finger upwards before walking back to the baseline.

Venus Williams lost her momentum as her unforced errors count continued to rise and a brief resurgence in the decider failed to prevent Schmiedlova from sealing her fourth consecutive victory over the American after two hours and 39 minutes.

Serena all praises for her tennage opponent-

Serena Williams earned her first victory in more than three months by beating 17-year-old qualifier Lisa Pigato 6-3, 6-2 Monday in the first round of the Emilia-Romagna Open.

Williams, who accepted a wild-card invitation for the Parma tournament after losing her opening match at the Italian Open last week, dominated after dropping her serve in the opening game.

“I’m just starting to feel more comfortable. I’ve always felt super comfortable on the clay and this year has been a little more difficult than normal,” said Williams, who served six aces. “I think it was because of the long hiatus I’ve had (from) the clay.”

Williams, however, was full of praise for her teenage opponent.

“Lisa played really well,” she said in her on-court interview.

“She told me she was only 17. Her future is super-bright. She handled the moment well, so I look forward to cheering for her in the future.”

Previous article
WWE to introduce new sets for Raw and SmackDown
Next article
Charlotte Flair fires back at CM Punk, denies a rumor about Vince McMahon