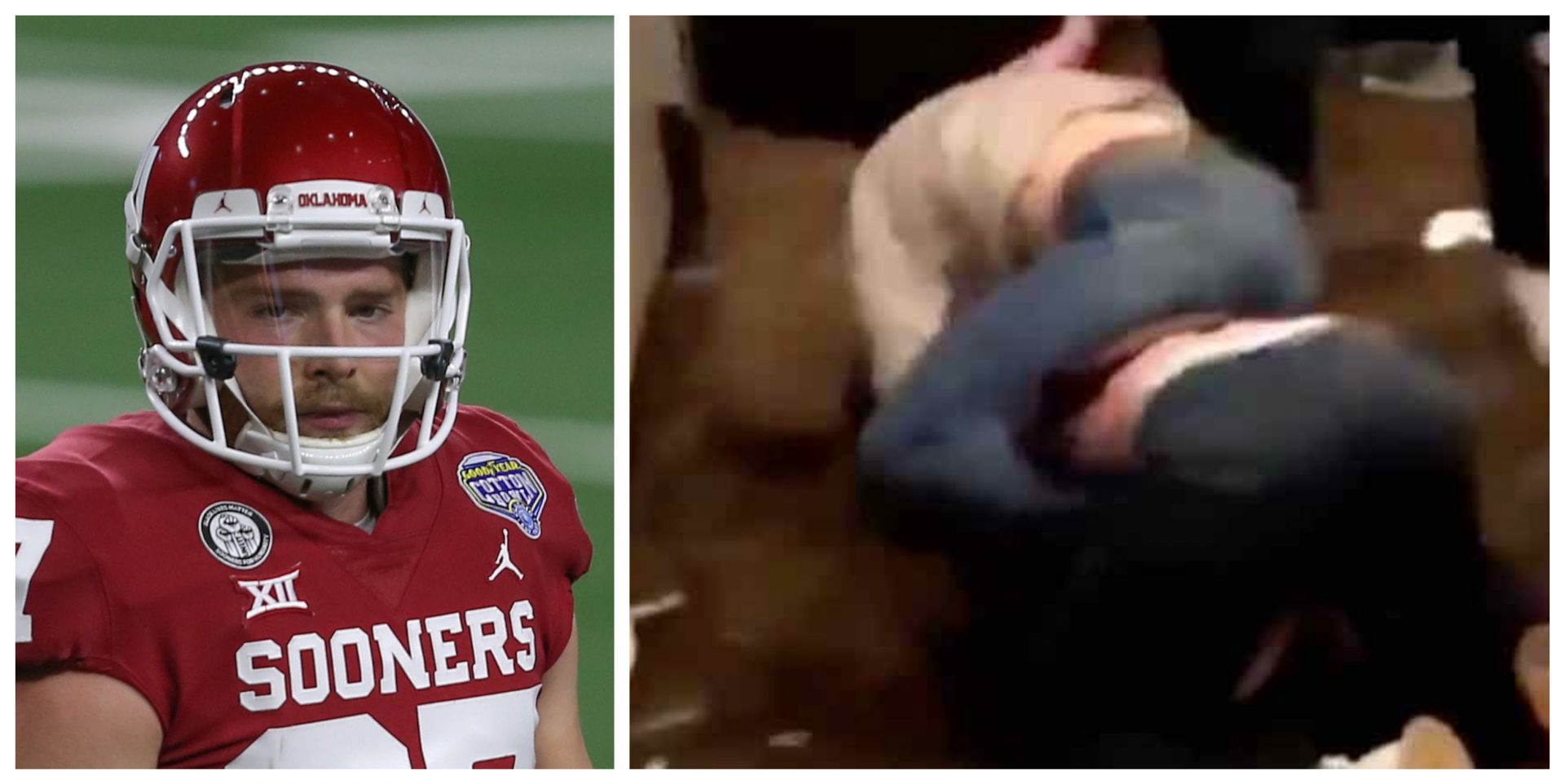 Oklahoma Sooners’ wide receiver Spencer Jones was involved in an ugly bar fight earlier this month. The violent incident took place in the bathroom of a bar during Valentine’s weekend.

Jones’ altercation with the man in the bar was caught in video. While the video did not give clarity behind the reason behind the brawl, it managed to capture the intense blows exchanged.

Apart from the fight, a separate quarrel takes place as well amid the chaos. During the brawl the player was heard saying “Get the f*** out of here!” repeatedly.

Watch the incident right below:

Jones took the major share of the blows during the exchange. He is seen taking several hard punches to the face and was then placed in a chokehold as well.

The wild brawl was eventually brought to a standstill, but the impulsive fight caused significant damage to the player. According to Jones’ attorney Woodrow “Woody” Glass, there was significant damage to his eye, with the doctors claiming that he is lucky not to lose the eye. Glass also claimed that a lengthy complicated surgery was required to fix the injured eye.

“Dr. Brooks came out of that surgery saying he’s extraordinarily lucky at this point, that he’s lucky he didn’t lose the eye altogether,” Glass said. “And so he was able to do some things surgically to rebuild that orbital socket and thinks everything is eventually going to come back to normal, but it’s going to take a while for him to fully recover.”

From peacekeeper to victim, Jones’ torrid evening to be investigated

Jones’ attorney affirmed that his client was simply acting as the peacekeeper in an ensuing quarrel at the bar, but was ultimately dragged in to be the victim in the end.

Oklahoma’s Norman Police Department have reportedly launched an investigation with an arrest yet to be made.