No Big Three in Miami: Djokovic joins Rafa and Federer in skipping the Miami Open 2021 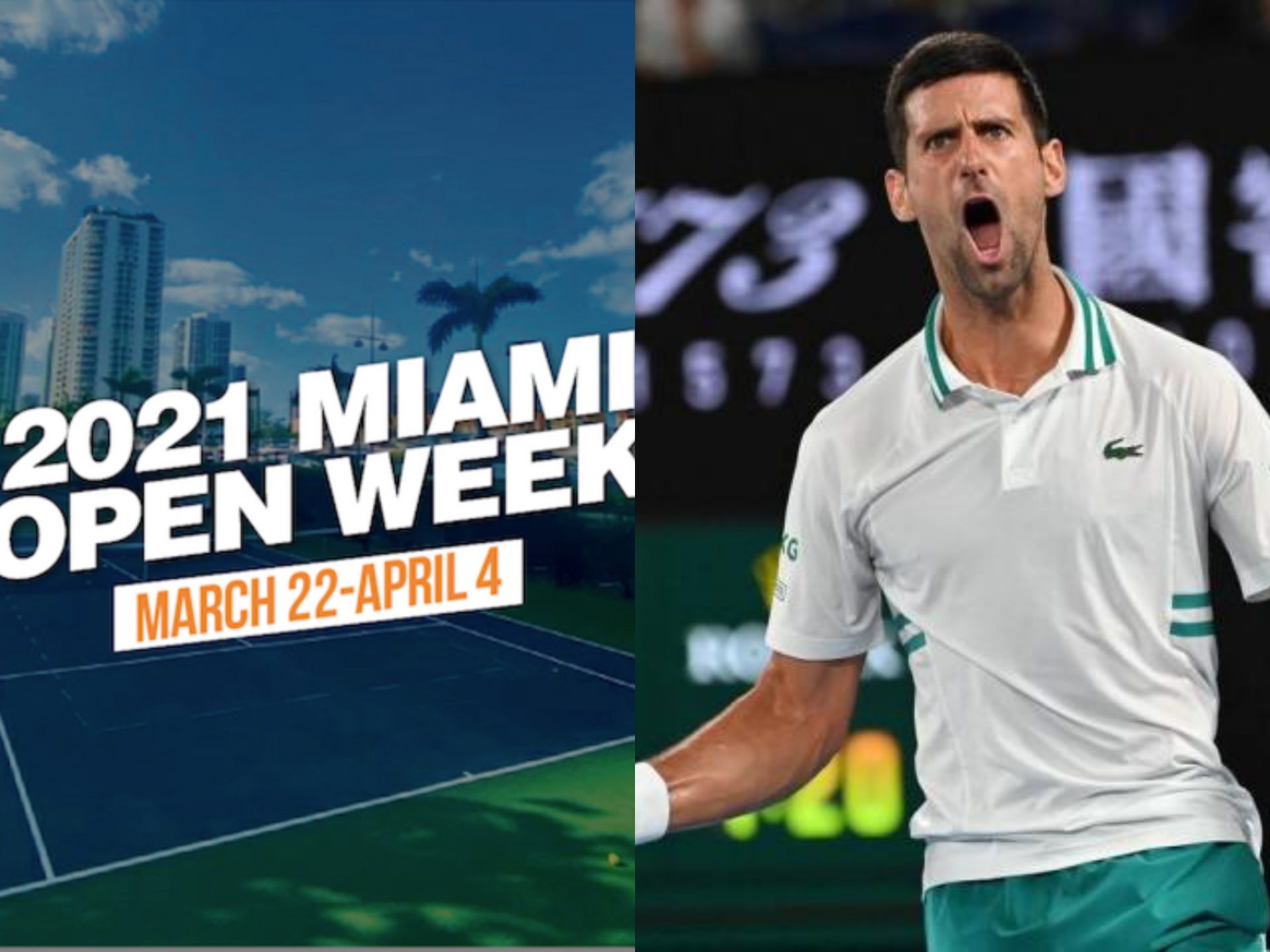 The trail of the top-tier players withdrawing from the Miami Open continues with now Novak Djokovic too deciding to skip the masters 100 event citing family reasons and coronavirus restrictions.

Novak joins the likes of Roger Federer, Rafael Nadal, and Dominic Thiem, who all had also withdrawn from the tournament. This also means that Daniil Medvedev and Stefanos Tsitsipas remain the only top 6 players on the field.

The move is also being seen as a part of Novak’s efforts to prolong his career and focus primarily on majors now that the Serbian great has broken Federer’s record of most weeks at Number 1 in ATP rankings.

The reason behind Djokovic’s absense-

On Friday Novak came forward with a statement informing about his withdrawal from the Miami Masters.

You would also like: Wimbledon update-All England club announces the schedule and measures for the 2021 event.

“Dear fans, I’m very sorry to announce that this year I won’t travel to Miami to compete. I decided to use this precious time at home to stay with my family,” Djokovic tweeted. “With all [the] restrictions, I need to find balance in my time on tour and at home. I look forward to coming back next year!”

The World No. 1 has won all nine of his matches so far in 2021, highlighted by his run to a ninth Australian Open title. Djokovic defeated Daniil Medvedev in the championship match at Melbourne Park in straight sets.

Miami Open presented by Itau Tournament Director James Blake said: “This has been a difficult year for everyone, but especially for players with families. As a father of two myself, I know how important it is to spend time with your children. Hopefully, we will have the opportunity to welcome Novak back to Miami next year.”

World No. 2 Daniil Medvedev will lead a packed field at the 2021 Miami Open presented by Itau, the first ATP Masters 1000 event of the year.

The three-time Masters 1000 winner will be joined by Stefanos Tsitsipas, Alexander Zverev, Andrey Rublev, Diego Schwartzman, and Matteo Berrettini. The draw will be made on Monday.

The tournament has awarded a wild card to former World No. 1 Andy Murray, as well as rising talents including #NextGenATP Carlos Alcaraz, Michael Mmoh, Hugo Gaston, and Jack Drap.