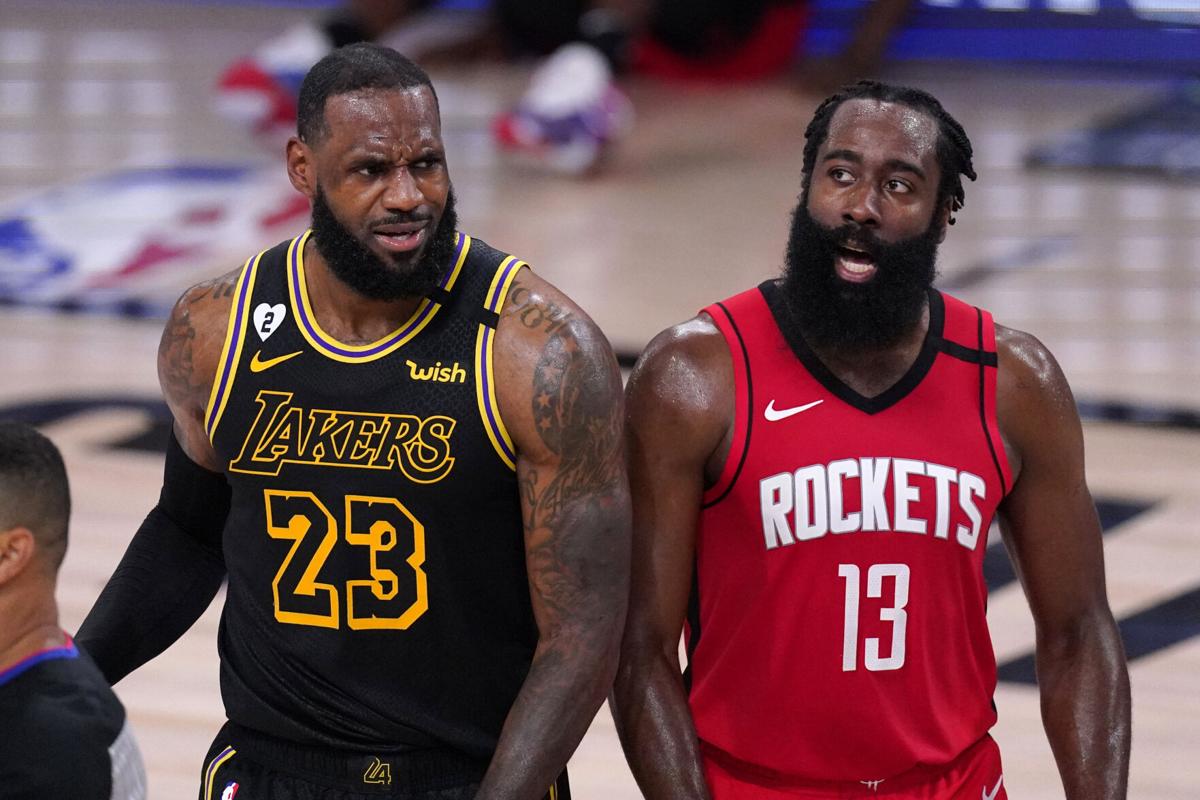 The Lakers bounced back from their Game 1 loss to tie the series 1-1 after beating the Houston Rockets, 117-109 on Sunday night in the NBA Western Conference semi-finals. Meanwhile, top-seeded Milwaukee Bucks stayed alive by winning in overtime 118-115 in Game 4 vs the Heat.

James passed former Heat teammate Ray Allen for second place on the NBA’s all-time playoff three-pointers list during the first half of the game against the Houston Rockets.

James Harden scored 27 points and Eric Gordon made six 3-pointers and added 24 for the Rockets, who made 22 3-pointers. P.J. Tucker had 18 points and Robert Covington 17, but Westbrook finished only 4 for 15 while scoring 10 points and grabbing 13 rebounds.

The Lakers threw multiple defensive looks at the Rockets, coming with quick double teams at James Harden and Russell Westbrook. Rajon Rando came off the bench to provide great effort on defense to finish with 10 points and 9 assists.

The Lakers will have Monday off and will face the Rockets for a Game 3 matchup on Tuesday. The Lakers avoided what would have been a huge letdown, and they are very much alive and in the championship hunt once again.

Lakers are still undefeated in their Black Mamba jerseys, previously worn on the day after Kobe Bryant’s birth anniversary and will be looking to take the lead in Game 3.

Despite being without reigning NBA MVP Giannis Antetokounmpo for the majority of Game 4 because of an ankle injury, the Milwaukee Bucks were able to stave off elimination on Sunday afternoon against the Miami Heat.

Antetokounmpo, who initially injured his right ankle in Game 3, played just 11 minutes before re-injuring it in Game 4. However, when Antetokounmpo went down, other members of the Bucks played on another level to keep their hopes alive. With their season hanging in the balance, the Bucks battled hard and took the Heat to overtime. In OT, they outscored Miami by three points and pulled out a crucial 118-115 win.

“We’re going to fight to win every night.”

Khris Middleton scored 21 of his 36 points in the third quarter, then made a huge three-pointer with 6.3 seconds left in overtime. Middleton finished with 36 points, eight rebounds, eight assists while Eric Bledsoe and Brook Lopez combined to score 24 points.

Miami still lead the series 3-1 but will surely regret not closing out the series and moving to the Eastern Conference finals. The loss was Miami’s first in eight games of the 2020 NBA postseason. The Heat swept their first-round series with the Pacers and then went on to win the first three games of the series against the Bucks.

Bam Adebayo had 26 points, 12 rebounds and eight assists for Miami. Duncan Robinson scored 20 points, Jae Crowder had 18 and Goran Dragic and Jimmy Butler each finished with 17 for the Heat.

Antetokounmpo, who had 19 points and four rebounds in 11 minutes in Game 4 is looking unlikely to return in the next game to continue the comeback spree, while Spoelstra and his men will be aiming to return to winning ways and progress to the Western Conference finals for the first time since 2014.