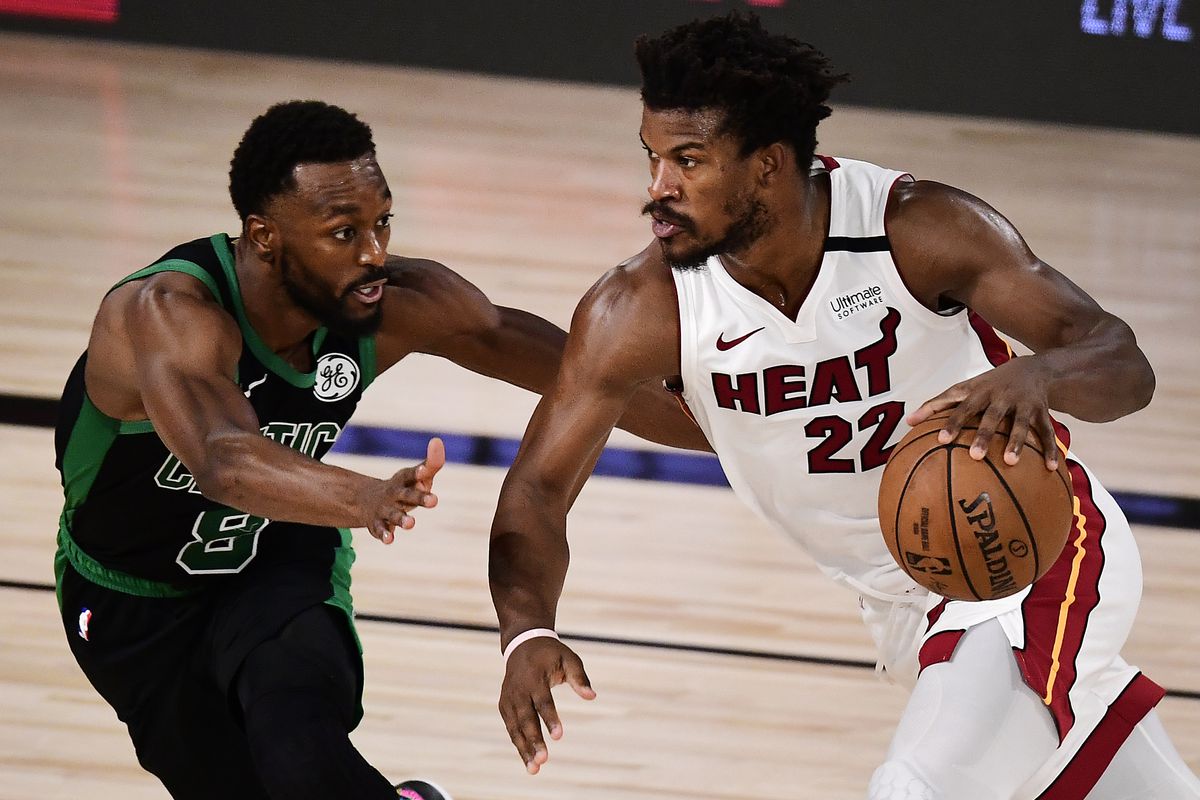 In the NBA Eastern Conference finals, Miami Heat pulled off an impressive comeback against the Boston Celtics in Game 1 and despite trailing by as many as 17 points in Game 2, came back victorious 106-101, courtesy of a huge third quarter to take a 2-0 lead.

The 17 points are tied for the largest comeback margin in the franchise’s playoff history. The Celtics now are within two games of elimination from the ECF and will desperately need to win Game 3 on Saturday.

Point guard Kemba Walker, after a poor shooting night in the opener, was leading the way with 14 points on 6-for-10 from the field. The Celtics were hitting 58.1 percent as a team, while Miami, beyond Duncan Robinson’s 4-for-9 shooting on 3-pointers, had little working at either end.

How are you going to impact winning? @jimmybutler responds on the defensive end late in @miamiheat W!

In the three previous games, Walker was averaging 12.7 points on 28.3% shooting from the field and 13.6 from beyond the arc. Playing 14 minutes in the first half, he finished with 14 points (6-10 FGs), five rebounds, two assists, and was a +10. He finished with a team-high 23 points (9-19 FGs) while also recording seven rebounds, three assists, and two steals.

Adebayo dominated the third, scoring 15 points and imposing his will as the Heat outscored the Celtics 37-17.

As a result, they improve their league-best postseason record to 10-1. Six different players finished in double figures for the Heat led by Goran Dragic’s 25 points on 11-of-19 shooting.

Marcus Smart is screaming at someone in the Celtics locker room — or several people. The yelling continues as Smart exits the locker room, swearing.

Goran Dragic once again was the difference down the stretch in a playoff game. Dragic made every play Miami needed, just as he did in the Heat’s five-game upset of the Milwaukee Bucks in the NBA Eastern Conference semifinals.

Boston started the game on fire, shooting 12-of-18 from the field for 28 points in the first quarter.

With Gordon Hayward out, the Celtics depth has been challenged in the last few games. In this one, they got some much-needed production from their bench duo during the second quarter.

Boston outscored Miami 29-19 in the second quarter, 13 (5-6 FGs) of which came from Enes Kanter and Brad Wanamaker.

This game is the first time in NBA playoff franchise history that the Heat have outscored an opponent by 20 in the third quarter.

If Miami’s athleticism and creativity continue to manifest so dynamically on defense, this is going to be a short series. The Celtics weren’t confounded by a 2-3 zone.

Celtics coach, Brad Stevens will look to create something out of nothing so far in the series. The NBA announced after the game that there will be three days between Games 3 (Saturday) and 4 (Wednesday) and they will have to quickly recover from the opening game losses.