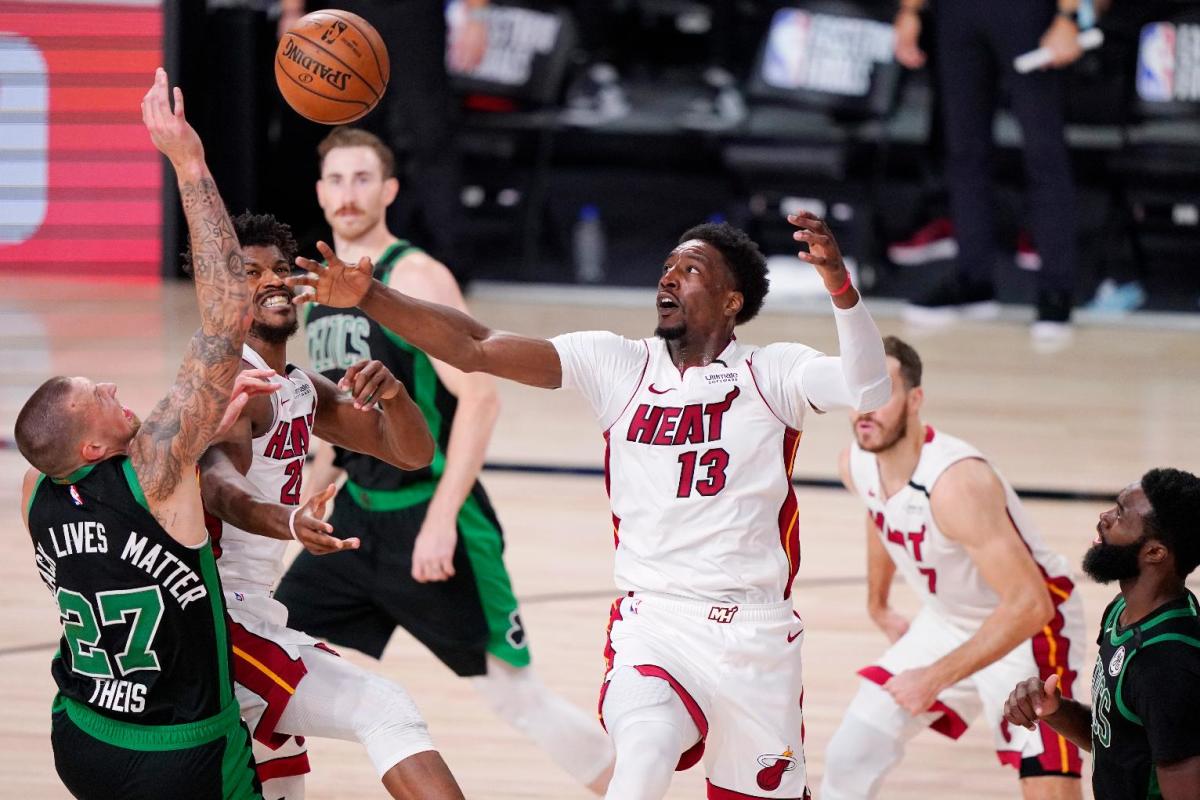 The NBA Eastern Conference finals will go into a Game 6 as Jayson Tatum and Jaylen Brown combined for 59 points to keep their team’s title hopes alive.

Already down 3-1 in the Eastern Conference finals, they had just been outscored 26-18 by a surging Miami Heat team. They were shooting 5-of-20 from the field, and seemed incapable of stopping Duncan Robinson.

Tatum had 31 points and 10 rebounds, Jaylen Brown added 28 points and the Celtics shook off a slow first half.

“Our deal was to come out and play, come out and compete, give it our best shot and I thought we played pretty well in the second half, but we’re going to have to do it again and again because of the position we’re in.”

Daniel Theis had 15 points and 13 rebounds for the Celtics, who trailed by 12 early but outscored Miami 41-25 in the third quarter and never looked back. Kemba Walker scored 15 points, Marcus Smart had a 12-point, eight-rebound, eight-assist night and Gordon Hayward scored 10 for the Celtics.

Goran Dragic scored 23 points before fouling out got 20 from Duncan Robinson.

Jimmy Butler scored 17, Tyler Herro and Jae Crowder each had 14 and Bam Adebayo 13 for the Heat – which could get nothing to fall from three-point range.

Miami was 7 for 36 from beyond the arc, now shooting 24.8% on threes in its last 13 quarters – after shooting 38.3% on those in the playoffs before that drought.

@the_1_dragon with the reverse, through the lens of our slo-mo #PhantomCam! ECF Game 5 on ESPN.

Coming out of halftime looking like a completely different team, the Celtics went on a 20-3 run in the third quarter to snatch the lead from the Miami Heat. Boston wouldn’t surrender the lead thereafter, picking up the win to force a Game 6.

Both Theis and Kanter were also crucial in helping unlock point guard Walker who, despite an unremarkable stat line (15 points on 4-for-11 shooting and seven assists) and foul trouble, played the brand of basketball he prefers.

“Leave it all on the floor.”@jaytatum0 discusses his mindset after the Game 5 win.

The winners of the Eastern finals are likely to face the Los Angeles Lakers or Denver Nuggets where the Lakers are one game away from reaching their first NBA finals since 2010.

Celtics are going to need this style of basketball for two more games if they want to reach the NBA Finals for the first time since 2010. The Heat remain up 3-2 in the series, and will get their second chance to eliminate Boston on Sunday.