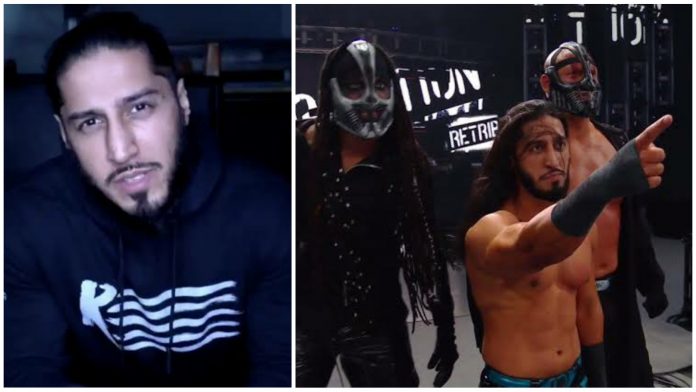 Mustafa Ali, who is the leader of RETRIBUTION talked about the faction on Raw Talk after this week’s Monday Night Raw. He was joined by former WWE 24/7 Champion, R-Truth and Charly Caruso. 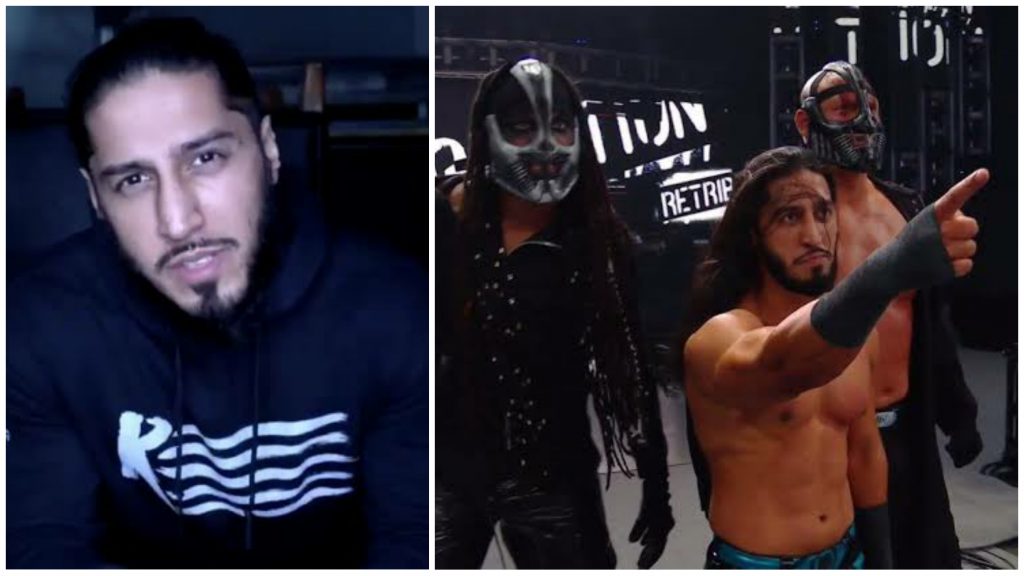 Mustafa Ali was asked by co-hosts, Charly Caruso and R-Truth to explain the names of the members of the vigilante stable. It did not impress the leader as they made fun of the names of the RETRIBUTION members. He then took a shot back at R-Truth for his name.

Ali said that he had been judged and taunted by many because of his name and appearance. He wanted the members of RETRIBUTION to walk in his shoes and experience how it feels when judged and mocked.

Mustafa Ali explained, “Let me tell you why the members of RETRIBUTION look the way they look and have the names they have. Imagine being judged by your name. Imagine being mocked because of how you look.” 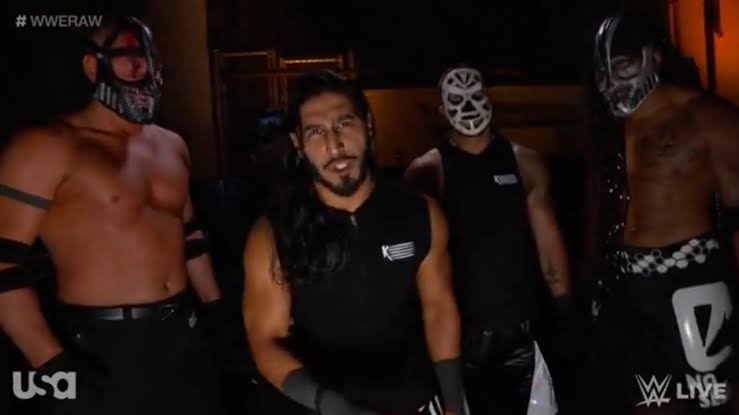 He continued, “Now, imagine a guy named Mustafa Ali that gave the members of RETRIBUTION names and masks so that they can feel what he feels. So that they, too, can be judged by their names and how they look. It’s a crazy concept, isn’t it?”

Ali was asked to explain the names of the members, T-Bar and Slapjack. He called the RETRIBUTION members to join but the show went off the air. 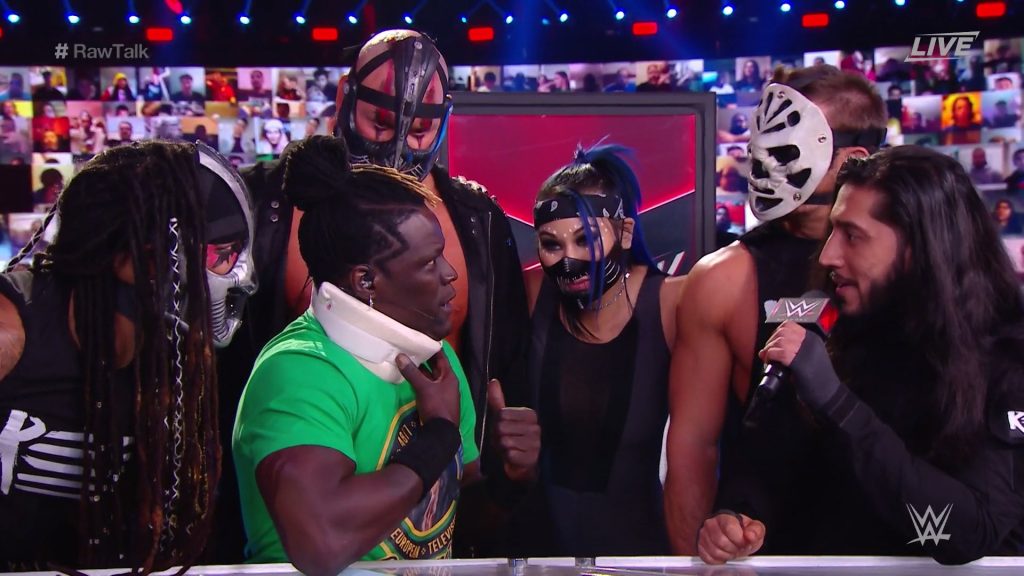 Mustafa Ali leads the stable and other members are  Mace, Reckoning,T-Bar and Slapjack. On Monday, he also tweeted a video clip on his Twitter handle and explained why the stable members have these names.

On the latest edition of Monday Night Raw, RETRIBUTION members assaulted the former WWE United States Champion, Ricochet and Tucker after the stars faced off.

Eric Bischoff disproves Billy Corgan’s revival of the NWA, claims it to be a mistake