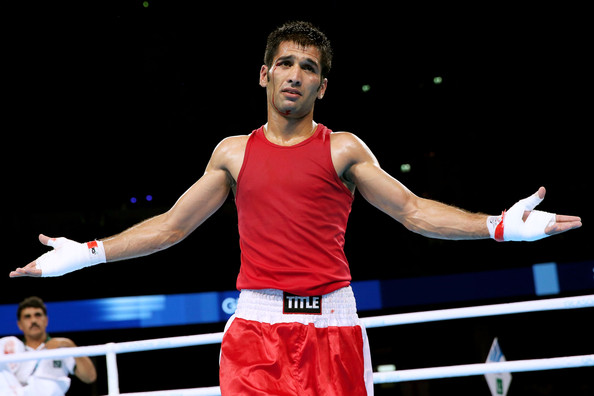 Muhammad Waseem is a Pakistani boxer, also known by his nickname “Falcon”. The 34-year-old, who stands and 5 ft 6 inches tall has a reach of 169 cm. He holds a commanding record of 12-1 in professional boxing and will soon compete for the world title in a bout against Sunny Edwards.

Muhammad Waseem ventured into the world of boxing after he was put into a gym by his parents to instill discipline in him. His talent began to flourish slowly following spells in Korea, Kazakhstan, Turkey, and Italy during his amateur career, where he had a record of Muhammad Tariq and Francisco Hernandez Ronald.

With a flourishing professional career, Mohammad Waseem has made a name for himself and with fame, comes fortune as well. His net worth is estimated to be in the range of $1 million – $4 million. According to sources, his monthly income ranges from $70,000 – $80,000.

Mohammad Waseem competes in the flyweight category, which is competed across 50.8 kilograms or 112 pounds. He topped the World Boxing Association’s flyweight list in late 2021 after defeating Colombia’s Robert Barrera. The Pakistani boxer still holds the number one spot in the rankings in the flyweight division.

Muhammad Waseem introduced changes to his workout style following his first and only defeat in professional boxing. He developed some new techniques in 2019 and had stated the importance of having a surprise technique to stay ahead of the opposition. Nicknamed, “The Falcon”, he often relies on swift boxing style for success in the boxing ring.

Mohammad Waseem will be seen competing for the IBF flyweight title against England’s Sunny Edwards on March 19 (Saturday). The title bout is scheduled to take place at the Aviation Club Tennis Centre in Dubai.

Waseem had made an attempt for the title before but came up short against Moruti Mthalane in Kuala Lumpur in 2018. This marks his solitary defeat in his professional career.

Erika Cruz: I Have The necessary Weapons To Defeat Amanda Serrano