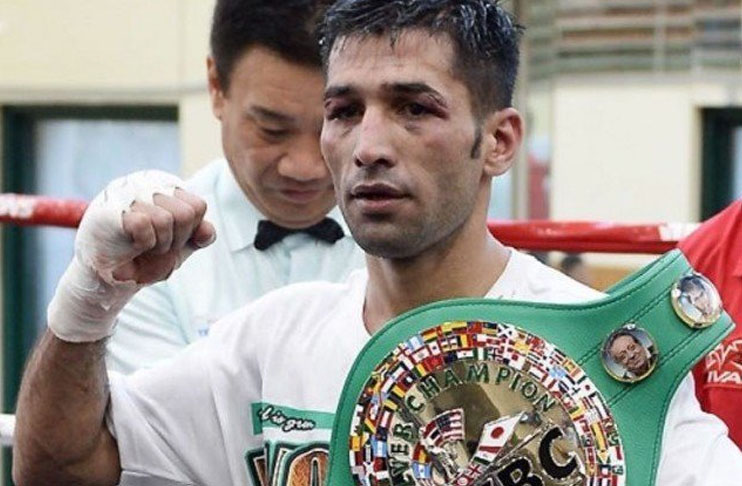 Pakistan’s Muhammad Waseem will be looking to create a boxing history when he takes on UK’s Sunny Edwards this weekend on March 19 for the IBF flyweight title. The fight will take place at the Duty Free Tennis Stadium in Dubai. The fight card is being built as Probellum Evolution. If Muhammad Waseem beats Sunny Edwards, he will be the first Pakistani born boxer to become a world champion. Previously, Amir Khan became a three-division world champion and he had his family roots in Pakistan, but he was born in England.

Since making his professional debut in 2015, Muhammad Waseem has accumulated a professional boxing record of 12-1. His sole boxing loss came to Moruti Mthalane in 2018 on the undercard of Manny Pacquiao vs Lucas Matthysse in Malaysia. 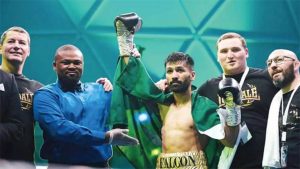 Ever since making his debut against Min Wok Lee in 2015, Waseem has progressed well as a boxer and in his last fight, he defeated Colombia’s Rober Barrera via unanimous decision at Motospace Dubai Investment Park in Dubai back in 2021. The fight was for the WBC silver flyweight title and this fight resulted in Waseem earning a title shot.

Muhammad Waseem is confident of becoming a world champion

Speaking to Arab News, Muhammad Waseem said that he has been training hard and is confident that he is going to become a world champion. When talking about Sunny Edwards, he revealed that he has beaten better competition than the Briton.

“My training camp has been going very well and I’ve been working extremely hard because this is the biggest fight of my career so far,” he said. “It’s a huge opportunity for me and I’m determined to become world champion.

“I’ve been working intensely with my trainer, Danny Vaughan, and we’ve already sparred more than 60 rounds, so everything is going to plan. We are continually working and I’m very excited because this is a big moment. Dubai is like my second home and I’m looking forward to fighting there once again.

“Sunny is a great fighter, and world champion, but he’s not the best I’ve come up against in my career, I’ve beaten better than him,” said Waseem. “He’s a good boxer, but I’m 100 percent confident I’m going to beat him on March 19 in Dubai.

“We have a plan in store for him. I know he’s said a lot of things in the build-up, but I’m working hard and he’s working hard so let’s see what happens. I have this huge opportunity to become the first world champion from my country and I’m determined to take it.”

Do you guys think Muhammad Waseem can become world champion? Let us know in the comment section below.