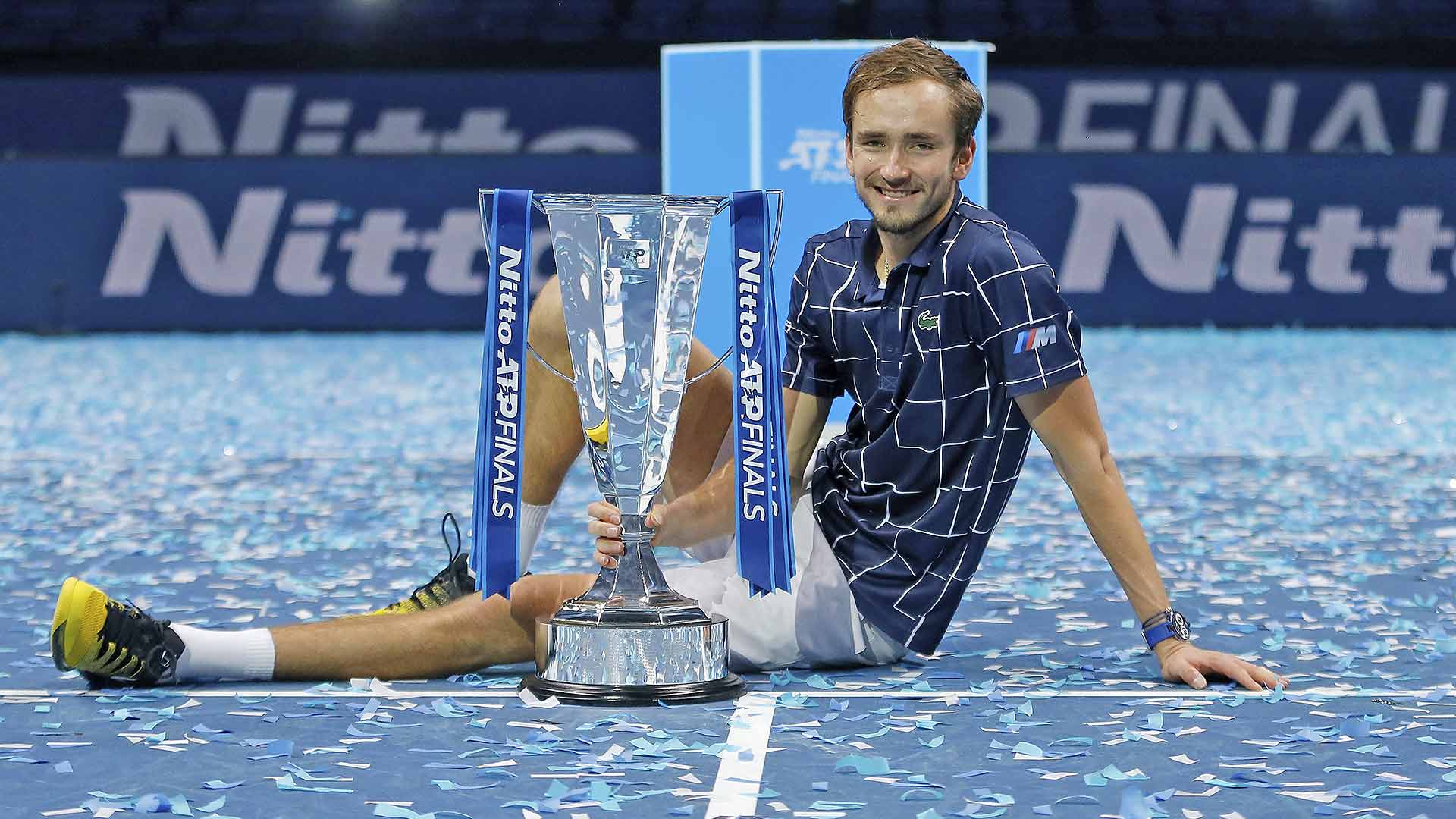 Just a week ago not many would have bet on Daniil Medvedev to be the winner of the ATP Finals 2020.

There were talks of a Djoker juggernaut, talks of a Rafa resurgence, and talks of a  dominant Dominic Thiem but not once was mentioned the mighty Medvedev. And yet just a week later Daniil Medvedev is the winner of the Nitto ATP Finals 2020. And in that win, he defeated all three-Nadal, Djokovic, and Thiem -the three men atop the ATP rankings. 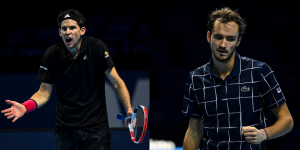 Medvedev is known for his nearly impenetrable defense, but he showed early on that he wanted to control play from the baseline, stepping inside the court to try to keep Thiem from unleashing his powerful groundstrokes. The World No. 4 attacked Thiem’s forehand to try to stop the Austrian from playing from the ad court.

Thiem increasingly used his backhand slice, mimicking a tactic used by Nadal against Medvedev on Saturday to avoid giving the Russian pace to work with. In the critical moments, as he did against the Spaniard, the world number 4 took advantage of the slower pace of play by moving forward often.

Also read: The win and the rise-Daniil Medvedev overtakes Federer in ATP rankings

It was like deja vu for the Russian, who broke in the same manner in the third set as he did against Nadal. World No. 4 read an incoming backhand slice and swooped into the net, where he finished the job. The forehand volley Medvedev put away was ultimately the deciding point in the match, as he held his serve the rest of the way.

The first man ever to beat the world's top three players at the #NittoATPFinals 🏆 pic.twitter.com/cXJG7RfIiK

”It is amazing [to beat the Top 3 here]… In the group I beat Novak, then Rafa in the semi-finals and Dominic in the final, [the] best players in the world… [It] means a lot,” said the Russian. “[It] shows what I’m capable of when I’m playing good when I’m feeling good mentally, physically. I know what I’m capable of. I just need to produce it more and more and hopefully more matches like this.”

A turnaround to remember-

One year ago, Medvedev made a winless debut at this tournament, claiming just one set. Now he is the undefeated 2020 champion, earning 1,500 FedEx ATP Ranking points. But it wasn’t easy for the Russian phenomenon. Entering the Rolex Paris Masters two weeks ago, Medvedev was just 18-10 on the season without a win against Top 10 opponents.

But, since arriving at Paris-Bercy, where he lifted his third ATP Masters 1000 trophy, the 24-year-old has won 10 consecutive matches, including seven against the Top 10.

Who impressed you the most?

And while the season may be over, for now, it seems that Medvedev and as an extension, the NextGen seems ready to try and end the monopoly that the Big Three have had on men’s tennis for more than a decade.

A task that if pundits are to be believed is still a distant dream.