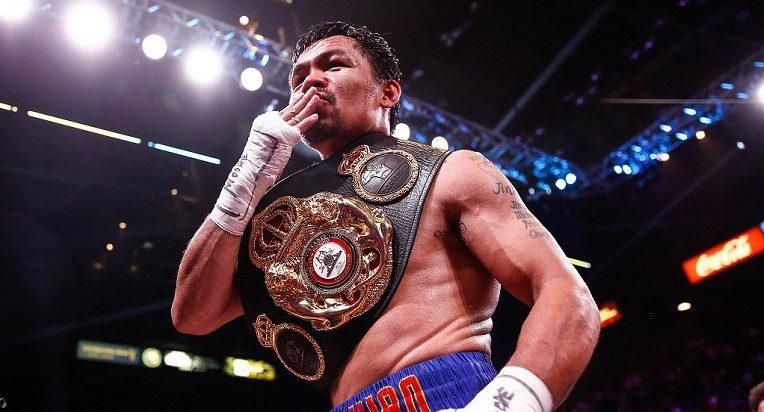 Manny Pacquiao was last seen in action against Keith Thurman on 20th July 2019. At that time, Pacquiao was the WBA’s “Regular” welterweight champion, while Thurman was the “Super” titleholder.

After the Senator of the Philippines defeated Thurman via split decision at the MGM Grand Garden Arena in Paradise, Nevada, Pacquiao became the WBA (Super) titleholder at 147.

However, due to inactivity during the COVID-19 pandemic last year, Pacquiao was named the WBA’s “Champion in recess” back in January, while the “Super” champ status went to the Regular champion Yordenis Ugás.

Now, as Pacquiao has been confirmed to face off against WBC and IBF champion Errol Spence Jr, Gilberto Mendoza, the president of WBA says Pacquiao’s “Super” status could be reinstated and the fight can become a three-belt unification bout.

In a recent interview with TheBoxingVoice, Mendoza revealed that a fight between Pacquiao and Ugás was originally in the works, but after the official confirmation of the Spence fight, it had to be chucked.

“Initially, the plan was for Ugas to fight Pacquiao,” Mendoza said during the interview, “but now, the Spence fight was announced. [MP Promotions head] Sean Gibbons, who represents Manny, they’ve written a letter to be placed back in [as WBA “super” champion].”

“We’re working on it. There’s a high probability. It has to be run through a championship committee and voted before being taken to the president,” the WBA chief added.

A former Olympian, Spence Jr (27-0, 21 KOs) holds the unified status at 147 and gained preference to be Pacquiao’s comeback opponent over Terence “Bud” Crawford, Mikey Garcia and even Ryan Garcia, none of which reached legitimate talks due to several reasons including the pandemic.