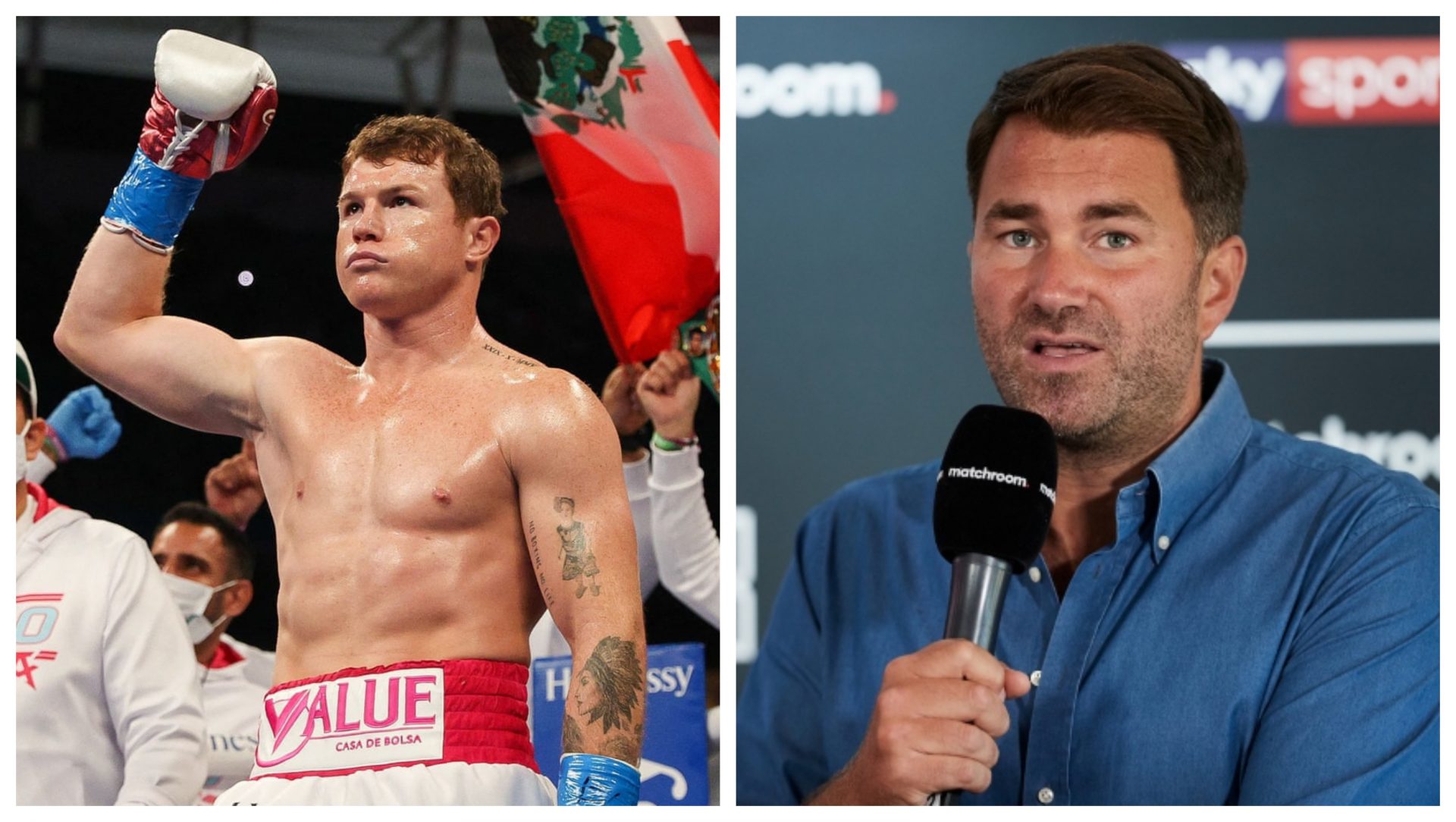 Canelo Alvarez is just one belt away from becoming the undisputed super middleweight champion of the world. However, Matchroom chief Eddie Hearn believes that the Mexican maestro is above the rest not only at 168 but also in light heavyweight.

Currently the number one pound for pound boxer in the world, WBC, WBA (Super) and WBO titleholder Canelo Alvarez  (56-1-2, 38 KOs) is, to numerous boxing fans in the world, destined to create history in the super middlewight division.

Coming off of a dominating 8-round TKO win over Billy Joe Saunders on 8th May at the AT&T Stadium in Arlington, Texas, Canelo is slated to face IBF super middleweight Champion Caleb Plant (21-0, 12 KOs) later this year for the undisputed crown at 168.

Canelo is already a huge favourite over Plant for the fight and recently, the pugilist himself stated that even after achieving undisputed status, he wishes to remain at 168 afterwards to rule the division.

In the meantime, Eddie Hearn feels that not only super middleweight, but no other boxer in the light heavyweight division also stands to chance against Canelo either.

Speaking to Fighthub in a recent interview about the upcoming Plant fight, Hearn shed some praise on “Sweethands”, who is undoubtedly setting himself up for the biggest fight of his career yet.

“That fight should be happening. Caleb Plant is a great champion. He’s going to get a great payday,” said Hearn said in the interview, “he’s also going to get a chance to great a great legacy for himself. So I guess he wants the fight.”

Going about the clash, the British promoter made it crystal clear about what he feels about Canelo- the latest and greatest at both super middleweight and light heavyweight.

“I think Canelo is unbeatable. I don’t see anyone at 168 beating him,” the 41-year-old went on, “He may not get beat at 175 like you know, cruiserweight, I don’t know. In his head, he is completely unbeatable.”

Before his return to 168 against Callum Smith last year, the current unified champion had moved up to light heavyweight and clinched the WBO belt against Sergey Kovalev on 2nd November 2019 at the MGM Grand Garden Arena in Paradise, Nevada.

If he wishes to return to 175 again, the 30-yer-old will have to square off against the elites of the division such as Artur Beterbiev, Dimitry Bivol, and Gilberto Ramirez.