After two successive defeats to Mikel Arteta’s Arsenal, Liverpool claimed all the three points at their own turf. With both of teams heading into the clash after wins in their first two Premier League matches, the contest was expected to be riveting to close out an extraordinary weekend of football.

Klopp was without Jordan Henderson’s services for the match with the player sidelined due to injury. Despite the absence of the skipper, the defending champions made a breezy start by dominating possession and creating chances at will.

Sadio Mane was awarded a yellow card right after 2 minutes into the clash for a foul committed against Hector Bellerin. Twenty minutes in, Liverpool almost found the breakthrough but were denied by the crossbar.

A horrendous blunder by left-back Andrew Robertson allowed Alexandre Lacazette to power Arsenal ahead completely against the run of play. The Scotland International failed to clear a pretty straightforward ball and was punished by Lacazette.

Unfortunately, for Arsenal, the lead did not last long. Sadio Mane levelled things for Liverpool

only after 147 seconds. Mohamad Salah, who steamed in from the flanks beating Hector Bellerin, struck a shot at the near post straight at keeper Leno. However, Sadio Mane latched onto the ball parried by Leno to tap it in.

The turnaround was complete in the 34th minute following the link-up between Trent Alexander Arnold and Andrew Robertson. The right-back’s cross found Robertson inside the box, who despite his heavy touch, was able to calmly slot his effort over Leno and find the back of the net.

Jota’s bright start rewarded with a debut goal for Liverpool 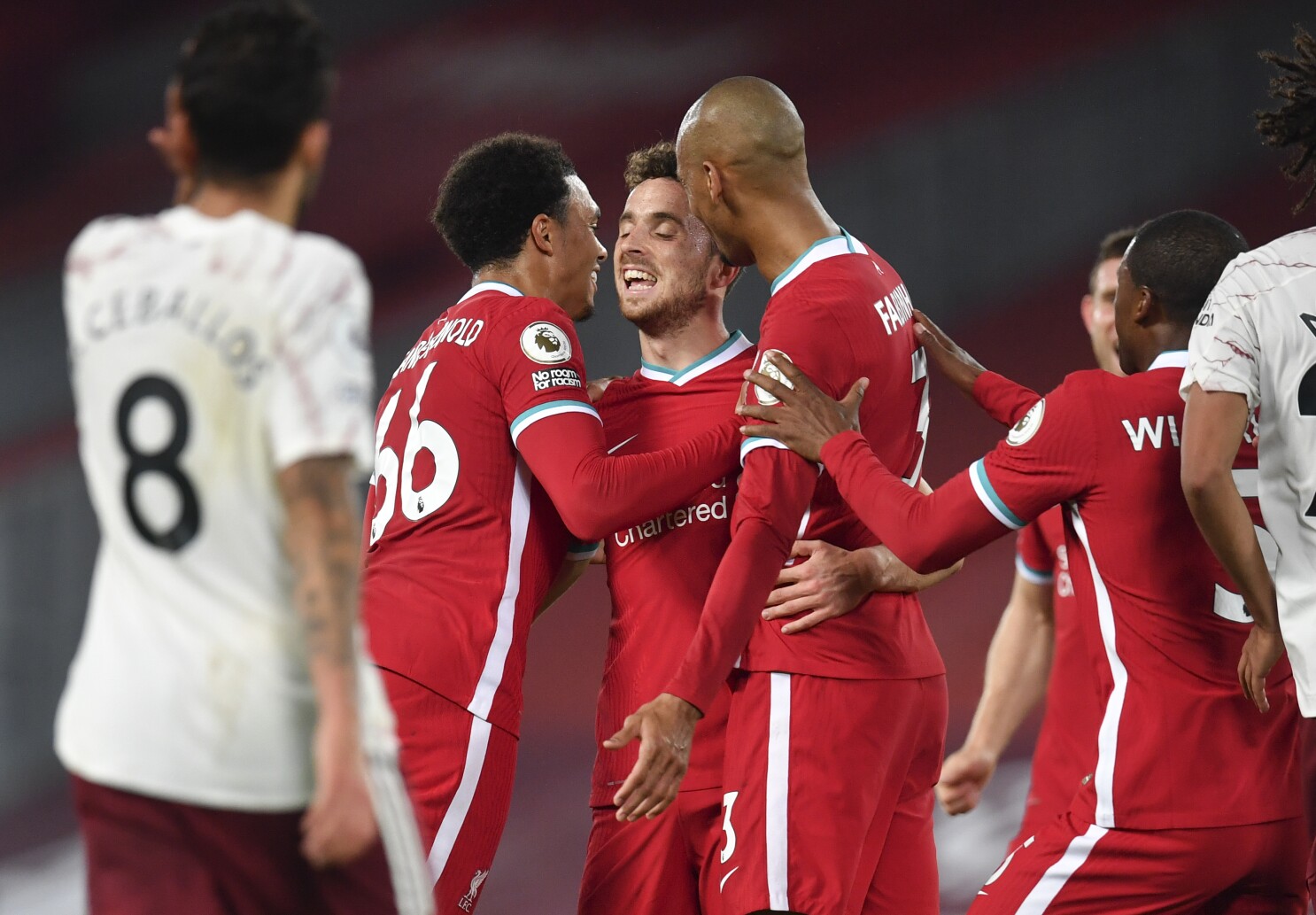 Mikel Arteta used up all of his substitutions in a fifteen-minute spell post the hour mark. Nicolas Pepe, Dani Ceballos and Edward Nketiah were all brought in search of an equalizer at Anfield.

While Arsenal kept on probing the hosts for the vital goal, the dynamic of the game changed upon the introduction of Diogo Jota in place of Sadio Mane. The debutant endured a bright start after being presented a number of chances to put the game to bed.

After finding the side netting with his initial effort, Jota finally made it count with a goal on his debut. A clearance from David Luiz headed straight to the Portuguese was met with a brilliant finish from right inside the box, with Leno rooted to his spot.

This win moves Liverpool to the second place in the table with only Leicester City and Everton boasting a 100 per cent win record so far.

He was strict: Lukaku reveals his first interaction with Ronald Koeman at Everton