Lana responds to Natalya and Tamina’s comments on Talking Smack 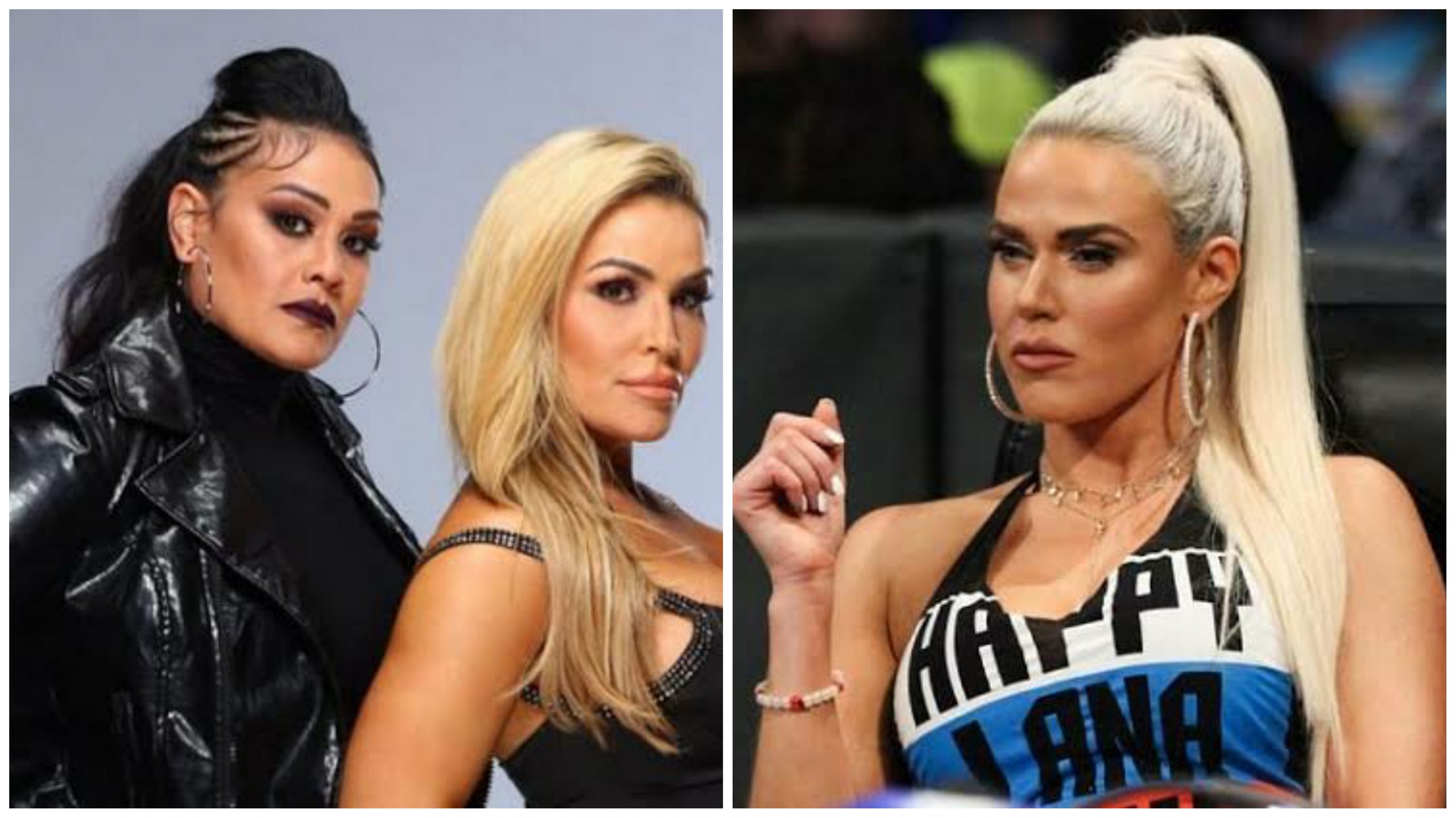 WWE superstar Lana, now riding high due to her partnership with Naomi, has issued a challenge to the duo of Tamina and Natalya.

LANA REPLIED TO NATALYA AND TAMINA’S COMMENTS ON TALKING SMACK

The latter duo appeared on Talking Smack, where amongst other topics, they totally brushed off Lana and Naomi, especially the former, whom they termed as a “stupid Malibu Barbie”. She replied to them via Twitter, where she wrote: “Thank you @NatbyNature & @TaminaSnuka for saying such kind words about @NaomiWWE & I on #TalkingSmack. FYI this so called “stupid” Malibu Barbie & her best friend Naomi are going to kick your asses and then become Champions.”

Paul Heyman’s conversation with Natalya and Tamina also attracted some headlines. On Talking Smack, Natalya complained about not having enough women in the mega event. According to her, WrestleMania season must be about the women of WWE.

However, in typical Heyman fashion, he had replies in store. He said while he loves Natalya, they needed to “stop b*tching and moaning and complaining and kvetching about not being on WrestleMania and do something about it.”

He continued, speaking on the professional wrestling legacy of their family, “If your grandfather saw what you were doing, he’d beat the crap out of your father for raising you this way! And I won’t say what your father would do if he saw you this way. Do something about it, dammit!”

The grandfather in question is definitely Stu Hart, the late tough as nails patriarch of the Hart family who trained numerous well-known wrestlers, many of them the members of his own family, in the famed “Hart Dungeon”. Natalya was also a student of the dungeon. The father in question is Tamina’s father Jimmy Snuka, a WWE Hall Of Famer, one of whose matches has had the legacy of motivating people such as Mick Foley and Bubba Ray Dudley to decide on becoming a professional wrestler.