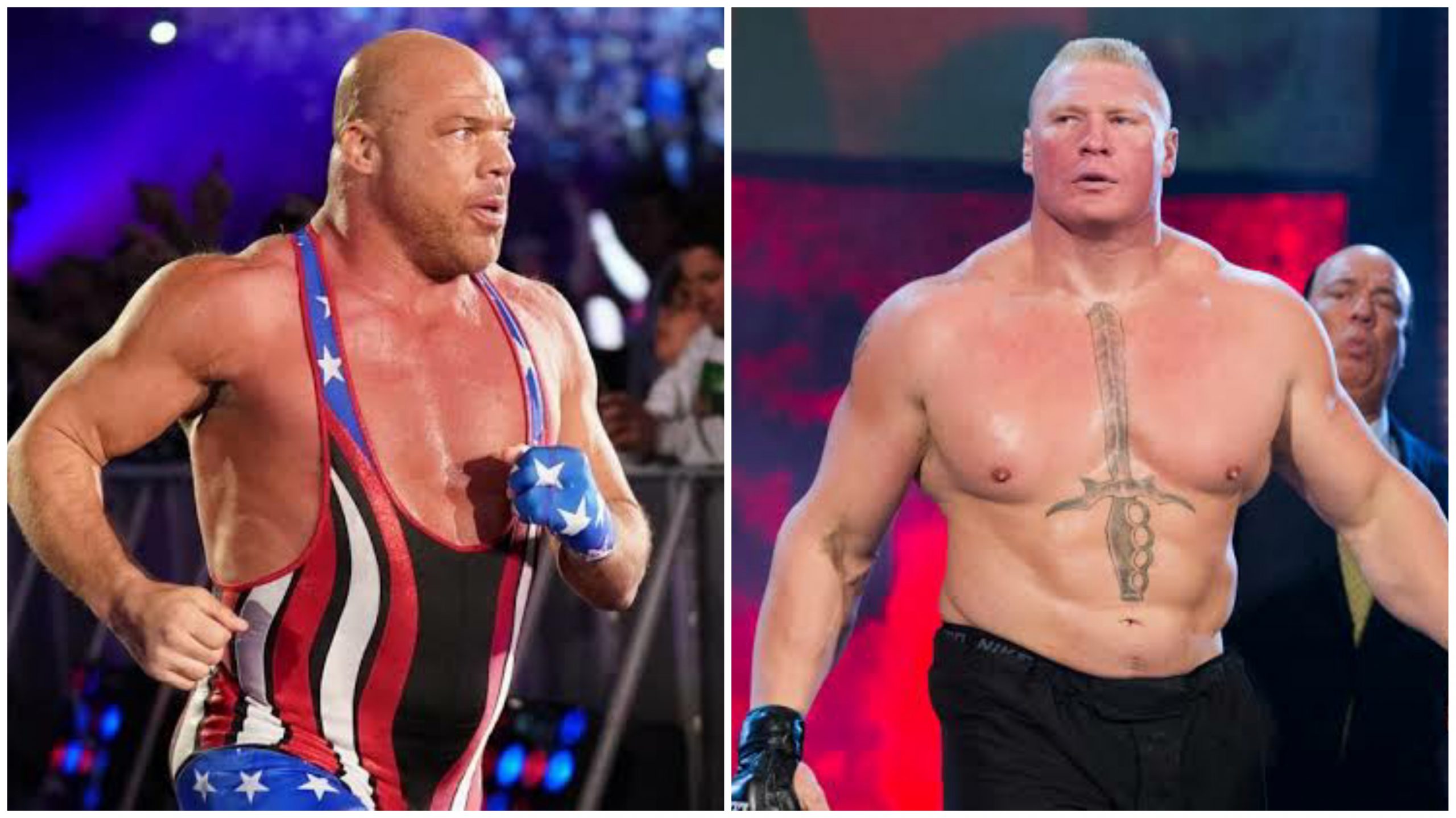 KURT ANGLE WENT TO NJPW BECAUSE OF BROCK LESNAR

On the latest episodes of his The Kurt Angle Show, the Olympic Gold medalist recalled the time when Lesnar and Goldberg left the company in 2004. Lesnar went on to wrestle at New Japan Pro Wrestling (NJPW) for some time before leaving under less than favourable circumstances.

It was Lesnar who recommended him to work at NJPW, where he managed to dethrone him and win the IWGP Heavyweight Championship. After the brilliant match, “The Beast Incarnate” requested the new Champion to speak to the journalists the prospect of a rematch between the duo.

Later, Angle came to know that Lesnar refused to lose the IWGP Heavyweight Championship to anyone, and asked the company to bring Kurt Angle to face him if they wanted him to lose the title. He was making a lot of money in each of his title matches, and wanted to make even more through a rematch against the new Champion.

“I didn’t know at the time, but I heard Brock was making a ton of money on these matches, he was remaining the champion as long as he could and then they wanted to take the title off of him so he wanted to do the match. He wouldn’t do it with just anybody, so he told New Japan if you bring Kurt Angle over, I’ll do the job for him. They brought me over, he did the job for me and then he wanted to have a rematch so he can make more money,” he commented.

ANGLE BELIEVES THAT FOR BROCK LESNAR, PASSION IS SECONDARY TO MONEY

“The Olympic Hero” continued stating that Lesnar was all about monetary gains. He was a stern businessman, and everything he wished for revolved around money. Passion was secondary to his financial interests.

“Brock is all about money. He’s a very stern businessman. Everything revolved around money for him. It’s money first, passion second,” Angle stated.