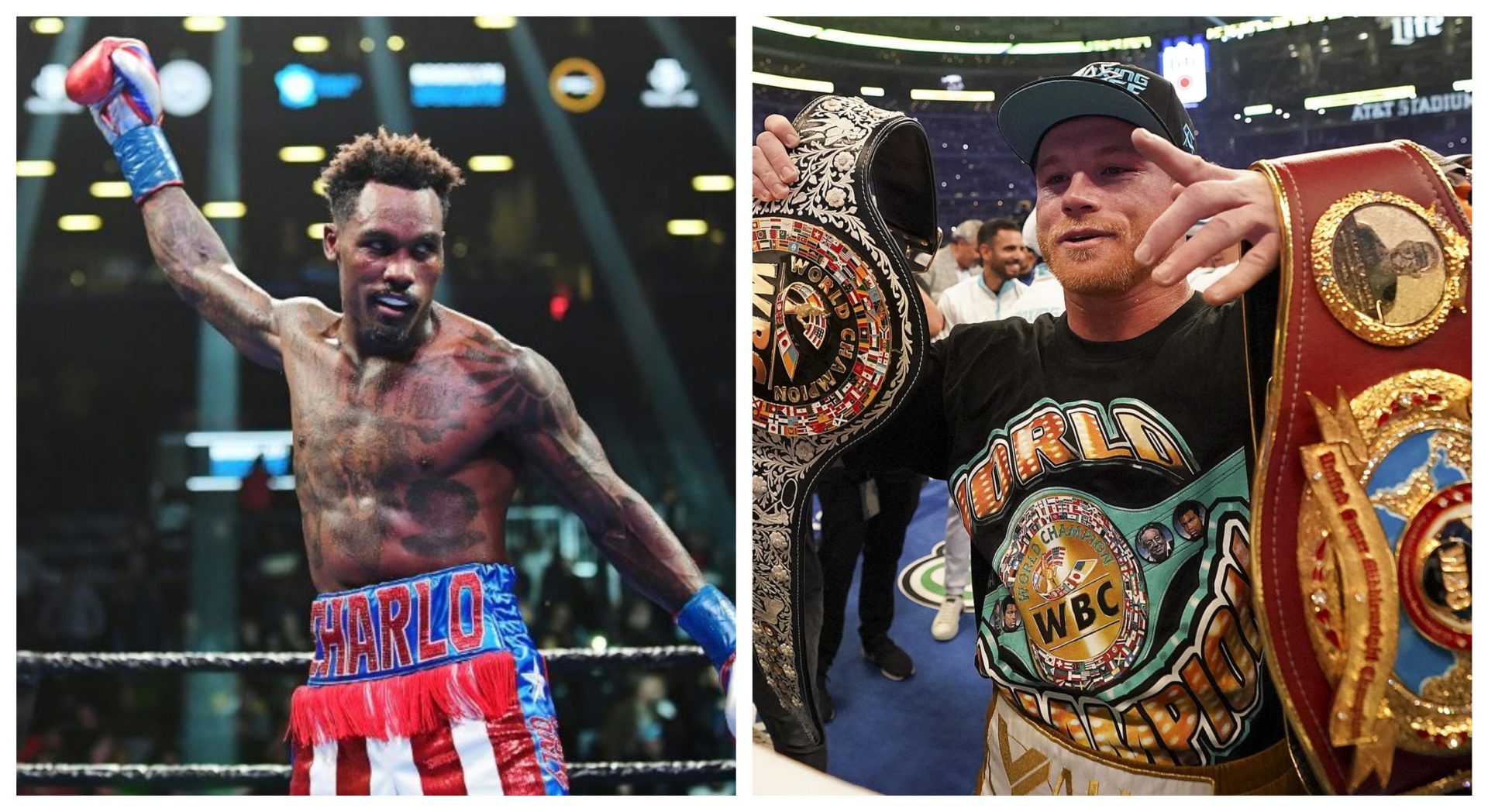 WBC, WBA (Super) and WBO super-middleweight champion of the world Canelo Alvarez has received his latest challenge from Jermall Charlo, the WBC middleweight titleholder who wants to fight the Mexican maestro in September this year.

Time and again, Canelo (56-1-2, 38 KOs) is proving why he is indeed the number one pound for pound boxer in the world. Destined to become the undisputed champion at 168, Canelo has already had three back to back wins within a span of three months.

Formerly a unified middleweight champion, Canelo’s super-middleweight reign started from his UD win against Callum Smith in December last year, followed by an easy 3rd round TKO over Avni Yıldırım and his latest triumph- retiring Billy Joe Saunders with a broken eye socket last Saturday to bag his third belt.

Talks are already ongoing to pit Canelo against IBF champion Caleb Plant in September and winning the bout will make him achieve the undisputed status.

However, Jermall Charlo  (31-0, 22 KOs) wants his taste of Canelo at the same time and wants to face him in September as well, and for that, he is ready to lose his middleweight belt and move to super middleweight, as his recent social media post read.

“F*** the money, f*** the fame, f*** the networks. I’ll lose my [WBC middleweight] title and go to 168 to make the fight happen now. Boxing needs this fight to happen,” the 30-year-old posted on his official Instagram a few days back.

While he himself prepares for his upcoming title defense against Juan Macias Montiel on 19th June in Houston, Jermall revealed that he is ready to take Canelo on in any catchweight bout or even for the 160-pound WBC Franchise championship, provided that the latter nods to the same.

“We can fight in the fall, I don’t think he has anything on his resume. Whatever makes Canelo happy,” Jermall said in a recent interview, “we could fight for the [WBC Franchise championship].“

We haven’t seen that in history before … Just get in the ring with Jermall Charlo and have the fans shut up. In September, I’ll be ready then. I’m fighting June 19th, I’ll be ready in September,” Jermall added.

While Jermall is ready to switch weight classes to have what he wishes for, the same can’t really be said for Canelo as he recently expressed his desire to remain at 168 all the way into 2022, even when he becomes undisputed.