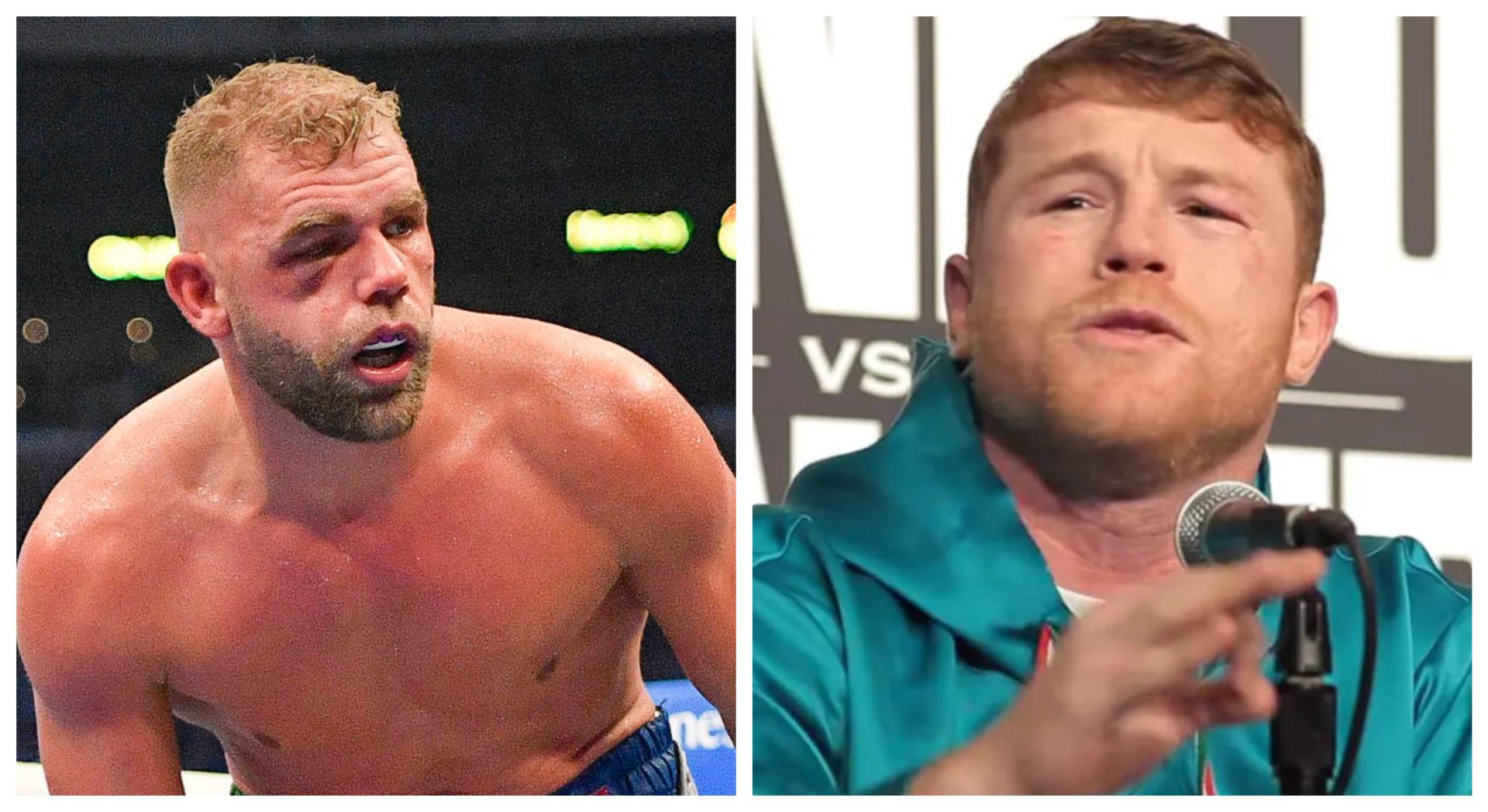 WBC, WBA (Super) and WBO super-middleweight champion of the world Canelo Alvarez (56-1-2, 38 KOs) proved once again why he is indeed the number one pound-for-pound boxer, courtesy of a dominating finish against Billy Joe Saunders this Saturday at the AT&T Stadium.

In what became one of the most brutal stoppage finishes, Canelo’s staggering uppercut in the 8th round rendered Saunders (30-1, 14 KOs) unable to continue as the former WBO titleholder retired from his stool with a horrific right eye injury.

As the post-fight talks progressed, it was rumoured that Saunders had suffered a broken eye socket from Canelo’s jab, and later, Eddie Hearn himself came to limelight to reveal that “Superb” sustained multiple fractures to his right orbital area.

Furthermore, trainer Mark Tibbs stated that Saunders’ right eye socket had caved in and the Briton was unable to see and he even had to undergo eye surgery following the fight in Arlington, Texas.

Tibbs took the decision to not let Saunders continue for the 9th round and retire from his stool, and in the process, the boxer lost his WBO belt which he had held since May 2019 as well as his unbeaten professional record.

ALSO READ: Get the f*** out of here: Canelo gets into heated exchange with Demetrius Andrade following Saunders fight

While many would consider this a wise decision, unfortunately, Saunders has been subjected to severe reprimands from a chunk of the boxing fandom and has been tagged as a ‘quitter’ and ‘coward’ for not continuing until the end.

In the meantime, the man who’s in the limelight, Canelo himself has backed the decision, as the Mexican champ himself believes that no fight is worth more than the fighter’s own life and believes if Saunders went into the remaining three rounds, it could have been life-threatening.

In the press conference after the fight, Canelo revealed that at the end of the 8th round, Canelo himself informed his trainer Eddy Reynoso that Saunders would be unable to take the fight forward.

“It’s hard because I saw when he broke his cheekbone, I went back to the corner and I told Eddy that I didn’t think he can continue,” said Alvarez during the interview, “when you break your cheekbone, you can risk your life and you can’t continue that way.”

Previous articleSeahawks WR DK Metcalf runs 100m in 10.37 secs, inches away from an Olympics spot
Next articleLewis Hamilton to extend his Mercedes contract by at least 2 years