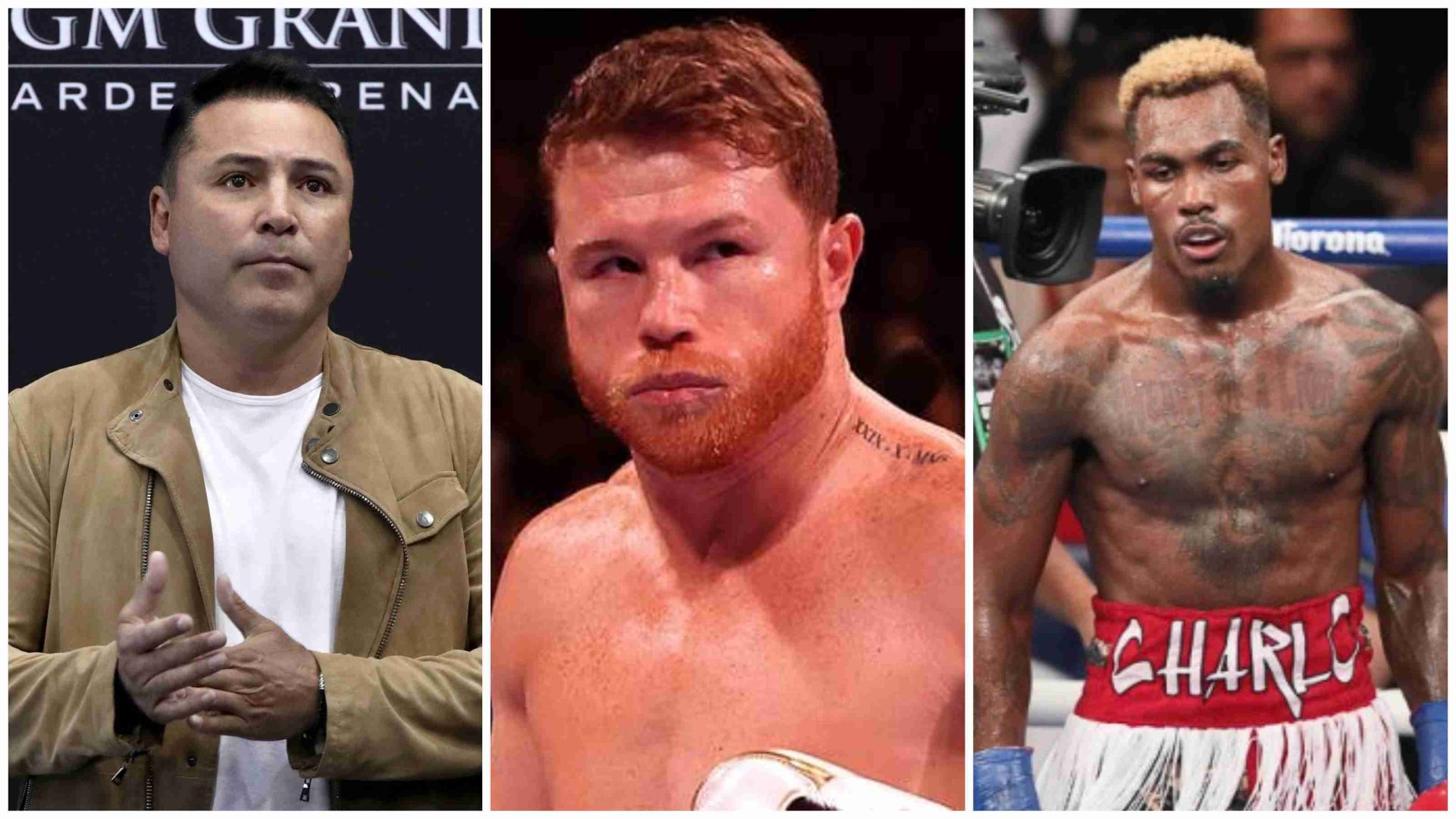 Out of all the fights that boxing fans are dying to witness, Canelo Alvarez vs Jermall Charlo remains one of the most anticipated matchups. While Charlo has fortified his place in the middleweight division with his WBC title reign, Canelo found his undisputed title in the super-middleweight division.

Jermall Charlo is like one of those late bloomers: Oscar De La Hoys

Coming off of the wins over Callum Smith, Avni Yıldırım and Billy Joe Saunders, Canelo was the clear favourite to win his bout against Caleb Plant, which took place on 6th November at the MGM Grand Garden Arena in Las Vegas and saw Canelo adding the IBF belt to his collection with an 11th round TKO victory, becoming undisputed at 168.

Jermall Charlo, on the other hand, marked a unanimous decision victory over Juan Macias Montiel on 19th June at the Toyota Center in Houston, Texas, which also marked his fourth WBC title defense. Soon after the win, Jermall had called out Canelo once again to come to Houston and square off against him at 160 rather than 168.

Soon after defeating Caleb Plant for the undisputed championship, Canelo expressed his wish to move up the divisions and challenge WBC cruiserweight champion Ilunga Makabu and the WBC had approved the request. If Canelo succeeds, he will become a five-division world champion. Even though back in June last year, the Mexican had nodded to facing Charlo after facing Plant.

According to Oscar De La Hoya, Charlo has earned his fight with Canelo, and now is the right time for the fight to happen.

“I want to see Charlo, because I think Charlo just now earned his way to Canelo, like just now. Charlo is like one of those late bloomers, he’s a great champion, I love him – we built him,” De La Hoya said in an interview with KO Artist Sports.

“But there’s fighters that kind of gain notoriety like later in their careers, like you have to really establish yourself, and he’s one of them. But right now is the perfect time to make that fight,” he added. [H/T GiveMeSport]