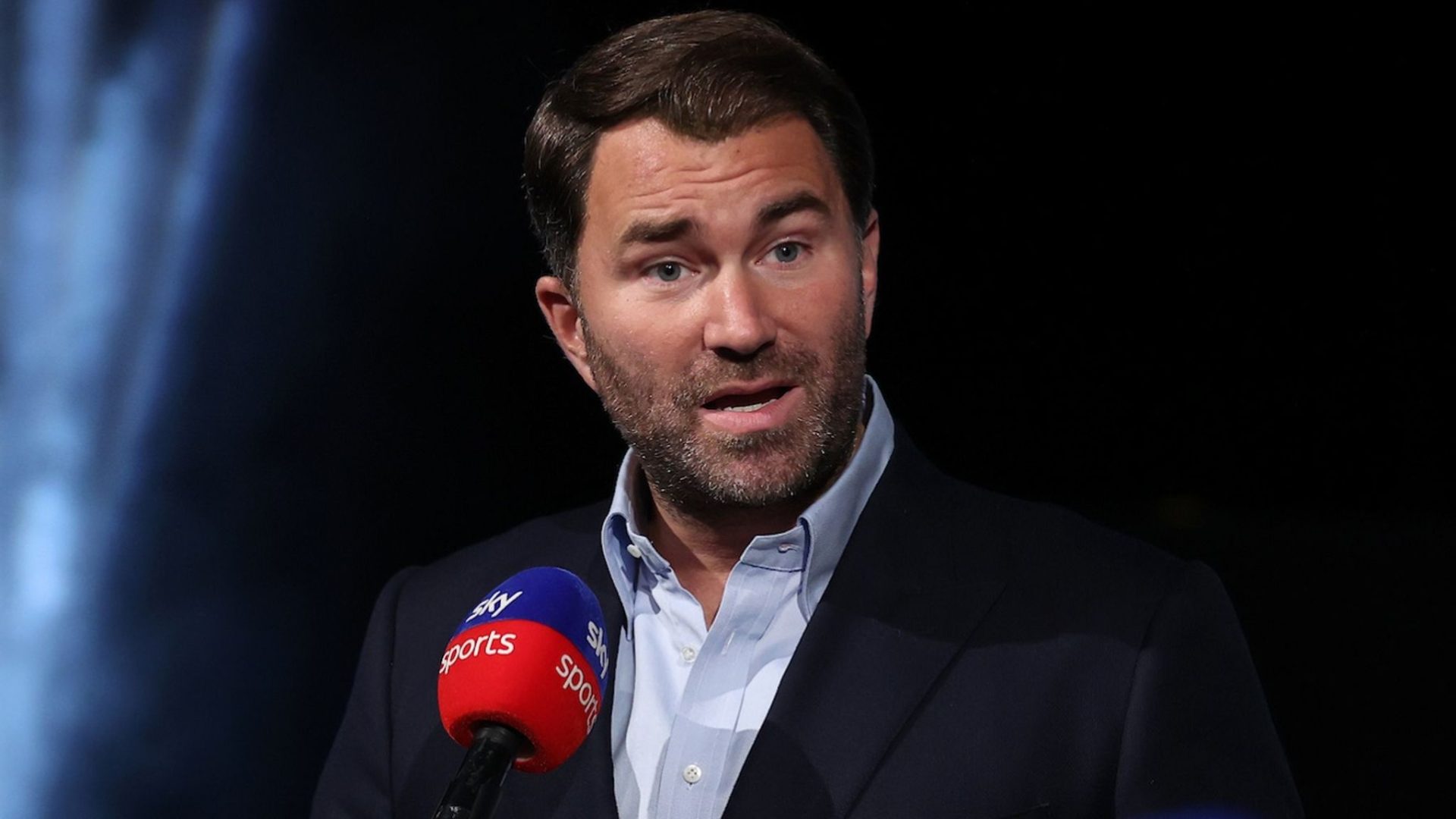 Its no doubt that boxing fans are highly anticipating a bout between heavyweight elites Tyson Fury and Oleksandr Usyk. A clash between the WBC champion and the unified titleholder, Fury vs Usyk will crown the next undisputed champion of the division which certainly gets the supporters excited. However, Matchroom MD Eddie Hearn sails a different wave, as the promoter believes Fury facing Dillian Whyte and Usyk settling the score with Anthony Joshua in the rematch are favourites over an undisputed fight between the champions, which he terms ‘doubtful’.

The favorite right now is Fury against Whyte and AJ against Usyk: Eddie Hearn

Tyson Fury, who is coming off of a dominating trilogy win over Deontay Wilder, has recently been in the works to face the WBC interim titleholder Dillian Whyte up next. However, Whyte’s disagreement regarding the purse split has stalled any progress towards the fight which has promoter Bob Arum looking into alternate options as he wants Fury fighting in March. Whyte is currently engaged in a legal dispute with the WBC and has also rejected the $5.5 million that Arum had initially offered him.

On the other hand, WBA (Super), IBF, WBO, and IBO titlist Oleksandr Usyk earned a victory over Anthony Joshua via unanimous decision at the Tottenham Hotspur Stadium in London on 25th September last year. The rematch was tipped for March or April by Hearn, with the promoter recently picking April as ‘realistic’.

Nonetheless, speaking to iFL TV in a recent interview, Hearn said that Fury vs Whyte and Joshua vs Usyk are the favourites over the undisputed fight.

“Everybody knows there’s a desire with some people to try and make the Fury vs. Usyk fight. There would be a lot of things that would need to take place for the fight to get the go-ahead, and that’s NOT the delay to the purse bid,” said Hearn, “We’re not looking to see if Fury-Whyte happens first to put a date together for Joshua against Usyk, no. I’m saying there’s still a desire from some people to try and get that fight [Fury vs.  Usyk] together.”

“The favorite right now is Fury against Whyte and AJ against Usyk. Anything can happen. In these closing periods of time leading up to D-day, crunch period, or purse bid or whatever you want to call it, this is where business happens,” the Briton went on, “So, expect the unexpected but my gut feeling is you’ll see those [Fury vs. Whyte and Joshua vs. Usyk] two fights. You’ll never know what’s going to happen over the next couple of days.” [H/T BoxingNews24.com]