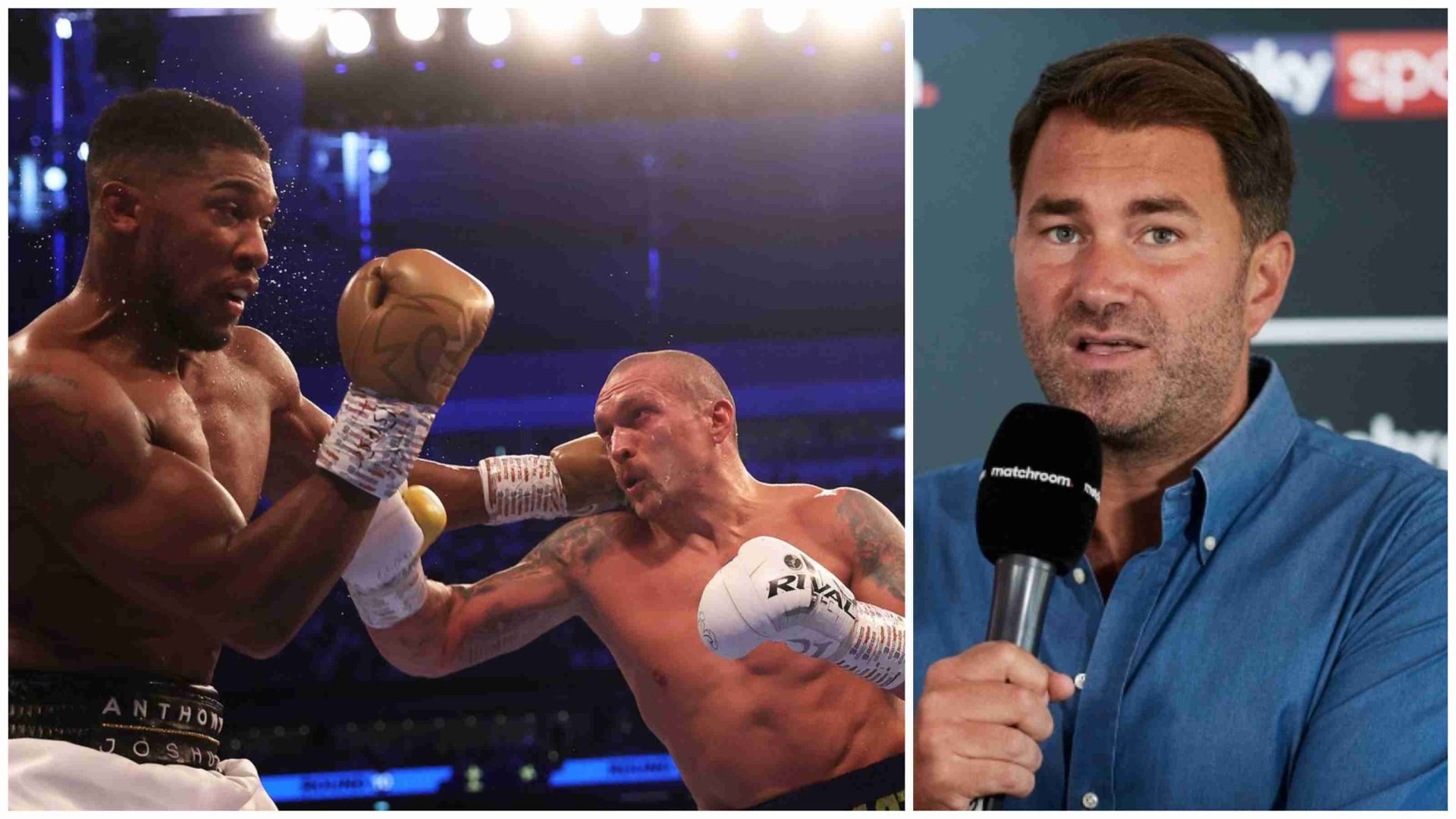 Former unified heavyweight world champion Anthony Joshua (24-2, 22 KOs) was handed a shocking defeat by the current WBA (Super), IBF, WBO, and IBO titles to Oleksandr Usyk (19-0, 13 KOs), who is the reigning unified champion, winning the fight via unanimous decision at the Tottenham Hotspur Stadium in London on 25th September. The rematch was tipped for March or April by Matchroom MD Eddie Hearn, but the promoter has now omitted March and picks April as ‘realistic’.

After his undisputed heavyweight title fight with the reigning WBC champion Tyson Fury fell apart, Joshua was challenged by former undisputed cruiserweight champion Usyk to challenge for his unified world titles, ahead of finally getting the Fury fight sorted. While many saw AJ as the favourite to defend his titles and win the bout, Usyk stupendously outboxed the Briton and became the new unified heavyweight champion.

“I think April is realistic for that fight. Before you know it, it’s going to be February and these fights take a lot of organising. For us the preferred date and venue for that fight will be the U.K., in which case we would have to do the fight outside, so we’re not really interested in doing that fight in March,” Hearn spoke during a news conference on Friday, “AJ has been training relatively solidly since the fight. Realistically if you start your training camp in February, even April becomes quite tight but that is the preferred date for the fight and I think that’s realistic.”

However, there’s a mismatch of opinions regarding the venue of Usyk vs Joshua 2. While Usyk’s team is willing to have the fight in Kiev, Hearn is steadfast in keeping the fight in the UK, and while he is considering alternatives outside the country, the Ukrainian capital is not in the list of the Briton.

“We’ve had two or three offers from different countries to stage Joshua vs. Usyk but for me after the success of the Spurs fight [in September], other than the result, I would love to do that fight back in the U.K., possibly at Spurs again or at Wembley, because I feel like it’s a must-win for AJ. If we had the opportunity to stage the fight in the U.K. we should do it, and if he can win that fight on that soil it would be pretty special.

“We’ve got the ability to stage the fight where we want but at the same time it has to generate enough money to know that we have done our jobs. Kiev is not the place to generate money, other places outside of the U.K. will be considered. I don’t believe the fight will take place in Kiev,” added Hearn. [H/T ESPN]