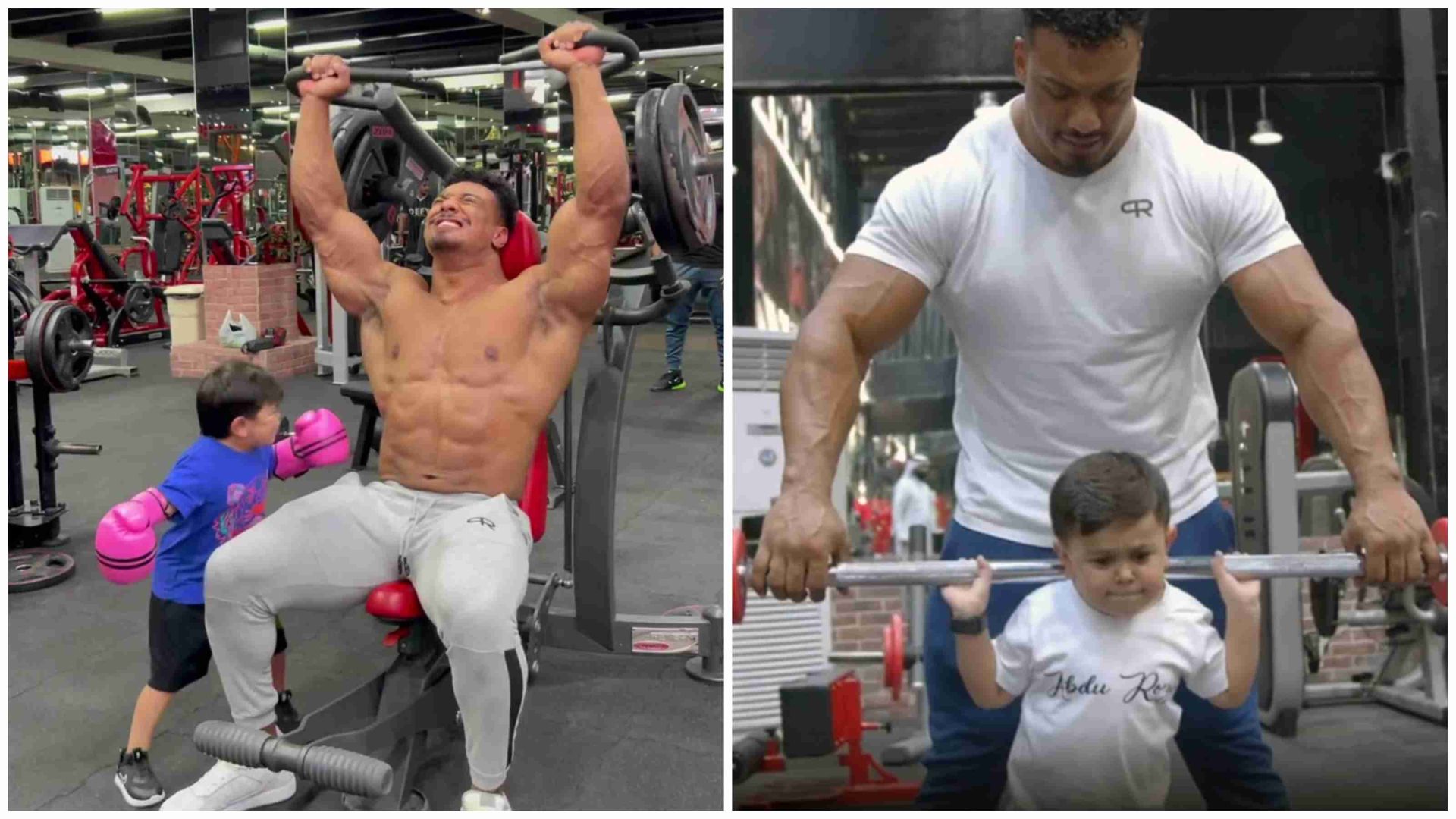 What happens when the biggest rising sensations of two sports come together? You get Abdu Rozik, one of the most talked about names in mixed martial arts last year rubbing shoulders with Larry Wheels, the famous American bodybuilder who has become a budding arm wrestler, as the two engage in some weightlifting exercises in the gym.

Last week, Abdu Rozik visited Larry Wheels in the latter’s gym in Dubai where the bodybuilder took the Kazakhstani singer-cum-rapper as his trainee to give him the taste of bench press, squat, and deadlift.

“I’ve been doing this for like a decade now and I think I’m one of the best guys to teach you. So I hope you don’t get hurt. I do have a history of injuring my training partners but I think you’re in good hands today!” Larry briefed Abdu in a joking manner ahead of the training.

Abdu’s training session kicked off with a bench press and after a brilliant demonstration by Larry, the 18-year-old newbie surprised his mentor with some appreciable reps with 15kgs on the bar, just thee kilos shy of Abdu’s bodyweight 18kg, which Larry commented as a ‘bodyweight bench PR’, considered to be an amazing achievement on the bench.

“That (bar) was 15kg, he weighs about 18kg. We can say it was a bodyweight bench PR. Off to a good start!” Larry Wheels said.

Next in the lessons was squats and Larry showed Abdu some of the basics. Starting off with a set of five reps, Abdu gained confidence and was able to crank out six reps in the next set.

Up next was deadlift, and while Abdu struggled to achieve proper technique, he was able to perform one set, before moving on to some dumbbell curls.

Check out the video below, courtesy of Larry’s official YouTube channel-

Although he is not a certified singer, Abdu Rozik is a famous internet personality in Tajikistan, but his journey to becoming a celebrity is far from being smooth. The Tajik musician and social media star rose to fame along with his arch-nemesis Hasbulla Magomedov as the much-anticipated fight between the two had taken center stage in the MMA fandom throughout last year.

Born in the village of Gishdarva in the Panjakent district of Tajikistan in the family of a gardener in 2003, Rozik suffered from osteomalacia (also called Rickets). Due to financial situations, his family couldn’t bear the expenses of treatment, and Rozik’s growth was stunted and he only weighed just 12 kg even when he was 16 years old.

Back in June last year, Abdu was seen bonding with the legendary football superstar and Liverpool FC stalwart Mohammed Salah. The two were seen together in the photo which appeared to be inside a dining lounge. Later, it was revealed that their pair met at the Sheikh Hasher Al Makhtoum Palace, which is owned by the ruler of Dubai and both of them are currently staying there for the holidays.

Larry Wheels, who is a popular name in the bodybuilding social media sphere, has become a prominent name in global arm wrestling in recent times. The 27-year-old has been involved in two of the major arm wrestling events of 2021, previously making appearances on the undercards of the first and second editions of King of the Table last year.

Larry recently paid a visit to the state of Kerala in India, where he met several pullers belonging to the Kerala State Arm Wrestling Association, including Stewe Thomas, the two time National 70 KG Arm Wrestling Champion who stunned Larry and others for his sheer power despite a slim build, which had Larry dub him as the “Schoolboy” of India.