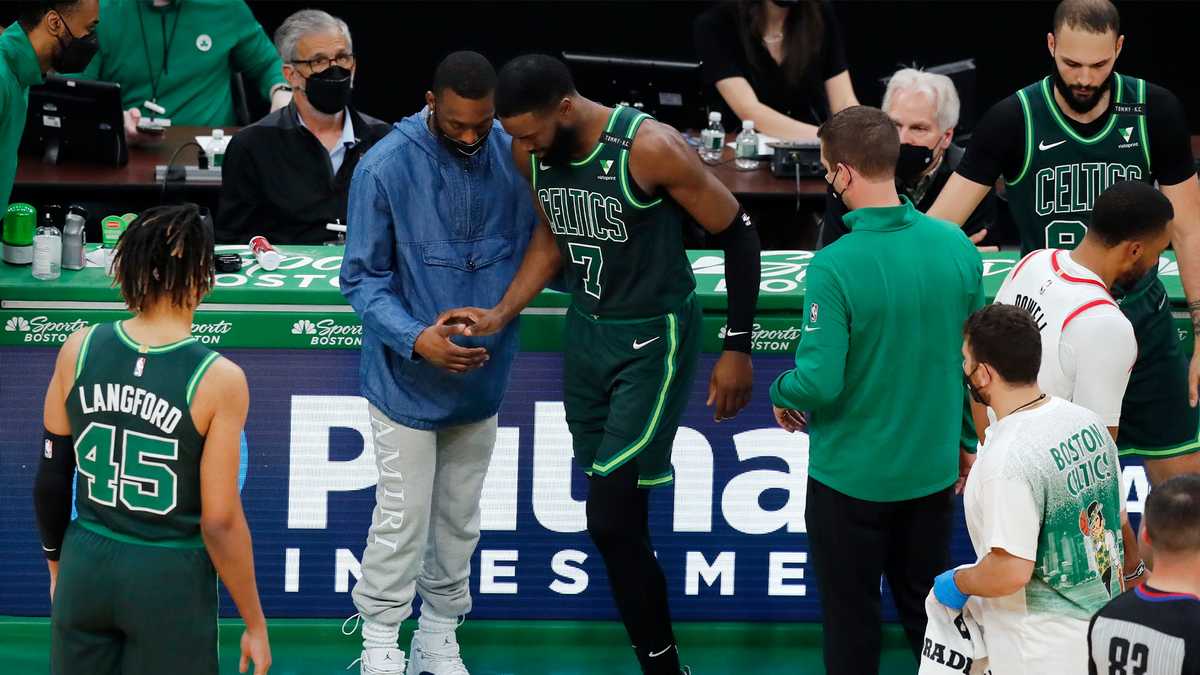 Jaylen Brown‘s career-best campaign so far sees an unfortunate and premature end as the franchise reveals the nature of his injury. The All-Star guard, who suffered an injury after colliding with teammate Jayson Tatum, reportedly has a torn scapholunate ligament in his left wrist.

The injury will keep him out of the Celtics’ remainder of the season which is currently leading towards a play-in tournament. Brown is slated to undergo surgery to treat the injury while the Celtics are yet to provide a timeframe for his potential return.

The 24-year-old had a prolific campaign for the last year’s conference finalists with an average of 24.7 points on 48.4% shooting this season.

“The Celtics say Jaylen Brown is out for the rest of the season with a torn ligament in his wrist. Devastating news for Boston, and all but ends any hopes the Celtics have of doing anything in the playoff,”

Brown will have surgery later this week. Tough end to what has been a stellar season individually for him, during which he made the All-Star team for the first time. sources claim

Standard time for recovery in such an injury is usually placed at five and a half months with Celtics guard Romeo Langford having undergone surgery for the same injury in September.

In Brown’s case, his return marks around October, around the time the next season begins. Commissioner Adam Silver has already stated that the league will resume with its traditional calendar as opposed to the makeshift one employed due to the pandemic.

Dropping contests against Chicago Bulls and Miami Heat, Boston Celtics once again face the Eastern Conference winners in a vital bout to decide their fate.

A loss in the encounter would surely seal Celtics’ place in the inaugural tournament and it would be a massive dip for the side that has featured in the conference finals three times out of the last four seasons.