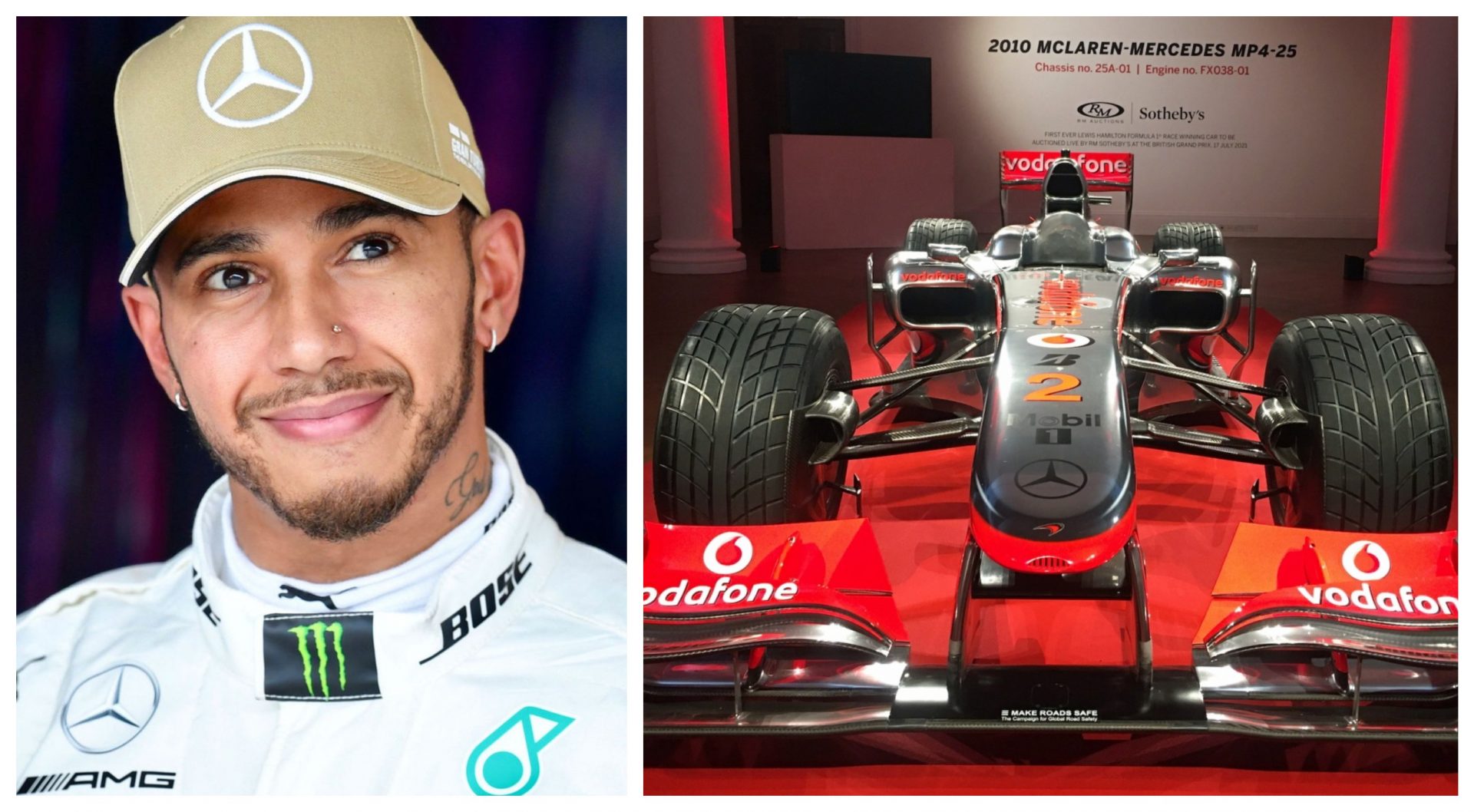 The McLaren MP4-25 which Lewis Hamilton drove to win the 2010 Turkish Grand Prix in Istanbul, can now belong to the public as the car is set to be put up for auction at Silverstone.

The 2010 Turkish GP ended in a major drama, with a collision between Red Bull teammates Sebastian Vettel and Mark Webber causing the former to retire and Hamilton to edge out in front to cross the finish line first.

The McLaren MP4-25, with which Hamilton won the race, will now be auctioned on 17th July at Silverstone, on the same day when F1 will see the first of its kind sprint qualifier prior to the British Grand Prix.

The single lot auction will be held just before the sprint race, with an estimated price somewhere in the range between $5 million and $7.5 million. The track ready car will also make a lap at Silverstone while the auction will be live.

“We are delighted to extend our partnership with RM Sotheby’s in announcing the first ever sale of a Lewis Hamilton F1 GP-winning car,” said Kate Beavan, director of hospitality and experiences at F1, “the timing of the sale couldn’t be better – a little over 10 years on from Lewis’ race win #12 in Istanbul, the car will be offered for public sale at Silverstone, home of Formula 1 racing, and in the wake of Lewis surpassing Michael Schumacher’s all-time F1 race wins total.”

“After the huge success of our Abu Dhabi sale in 2019, this very special event will see us actually auction an F1 car while it is being driven around an F1 circuit. It is an incredible stage upon which to sell this iconic car,” Beavan added. (H/T Racecar.com)

The concept to have sprint race included into the weekend programme is one of the biggest changes in the history of F1. The qualifier was shifted to Friday, to determine the grid positions for the Sprint race on Saturday, which will in turn finalise the Britsh GP starting grid for Sunday.

The three race weekend idea was originally proposed to take place at Circuit Gilles Villeneuve in Montréal, Autódromo José Carlos Pace in São Paulo and the Monza Circuit, but back in March, F1 CEO Stefano Domenicali confirmed Silverstone as one of the tracks to be hosting the sprint race.

Previous article“That’s why I’m here”: Shinsuke Nakamura eyeing a moment to shine
Next articleJames Harden sets stats aside with focus on the title